Privately-educated teacher wants to be reunited with her children, 10 and eight, after losing them, her home and career when crack cocaine and heroin turned her into county lines drug dealer

A privately-educated teacher has announced that she wants to be reunited with her children after losing them when crack cocaine and heroin turned her into a county lines drug dealer.

Angela Davey, 39, made headlines in January when it was revealed she had gone on the run for four months before she could be sentenced for conspiracy to supply Class A drugs.

She started taking drugs when her marriage began to crumble in 2015. She met a recovery addict on Tinder and the pair started taking cocaine recreationally. 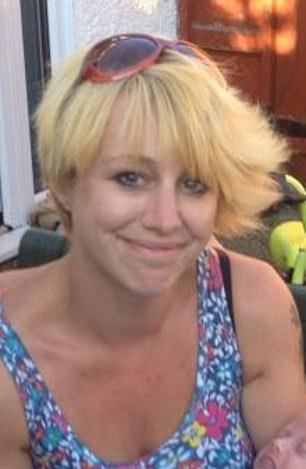 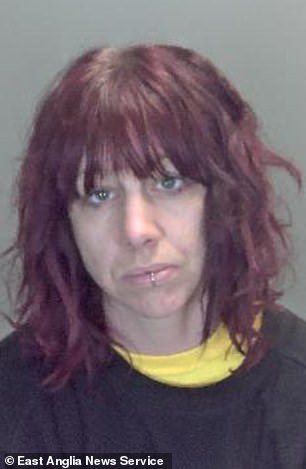 Angela Davey, 39, (pictured left in 2017 and right drug-ravaged in 2018) made headlines in January when it was revealed she had gone on the run for four months before she could be sentenced for conspiracy to supply Class A drugs

In 2017 her ex-husband moved away with their two children, aged 10 and eight, after he won sole custody  of them.

She told the Mirror: ‘I started ­taking coke daily with the kids gone. I felt isolated.

‘One day Joseph and I went to someone’s flat and they asked if I’d tried smoking crack. ‘I thought it would block ­everything out. I liked it. It was intense.

She said: ‘Dealers told me it would help control cravings for crack.

‘I’m an intelligent person but by then I only thought short-term – feeding my cravings. I smoked it at my flat and I instantly forgot everything.’ 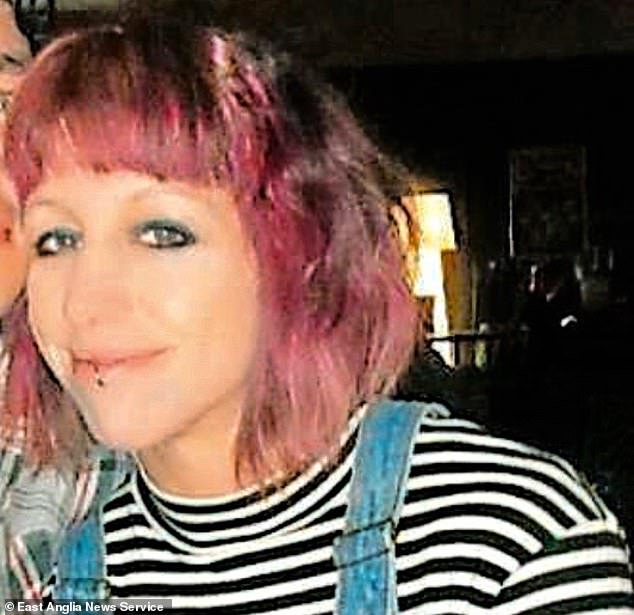 In 2017 her ex-husband moved away with their two children, aged 10 and eight, after he won sole custody of them and Ms Davey (pictured on a night out in 2017) started taking cocaine daily 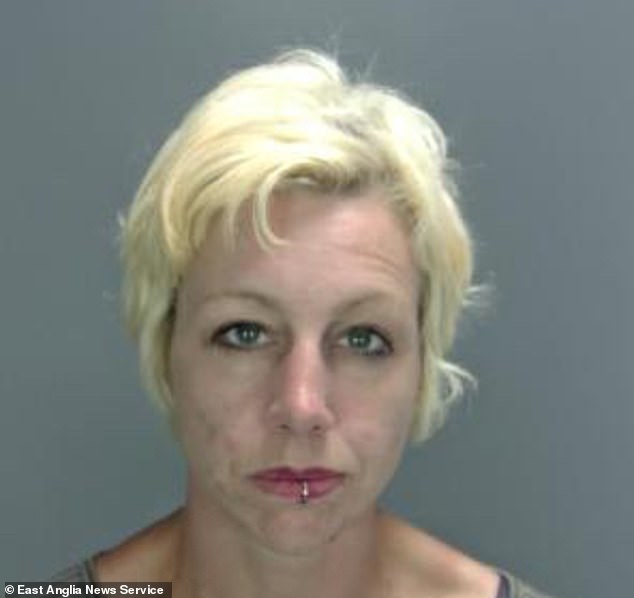 Heroin dealers moved into her home and she began taking the drug daily.

The gang was part of a county-lines operation that ferried drugs between Norwich and London.

They paid her rent in ‘eight-bits’ – two £5 shots of heroin and six of crack. Eventually police arrested three of the dealers before detaining Ms Davey in July.

After her release, she started sleeping on the streets in London with her boyfriend, Joseph, 40.

Ms Davey said: ‘I was using drugs wherever, under a bridge or public toilets.

‘There were scary moments. Once a man offered me money for sex and chased me up an alley.’ 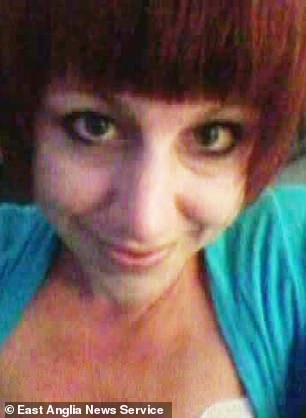 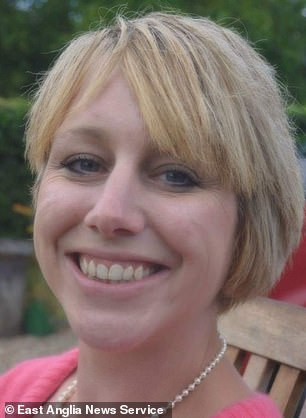 She was caught by police again after stealing £300 of stationery and was given a community service order.

At Norwich crown court in October 2018 Angela ­admitted conspiracy to ­supply Class A drugs then failed to turn up at sentencing.

Norfolk Police released a custody photograph of her while she was a fugitive showing her drug-ravaged features in stark contrast to how she appeared before becoming an addict.

Davey appeared shaking in the dock and suffering withdrawal symptoms after she was arrested in London on February 1 as a result of a tip off from a member of the public who recognised her from a news report. 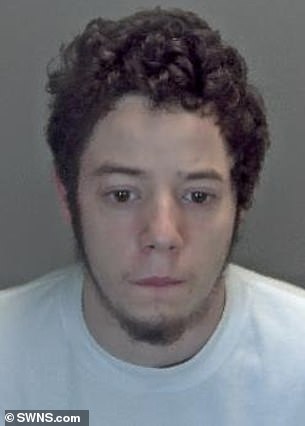 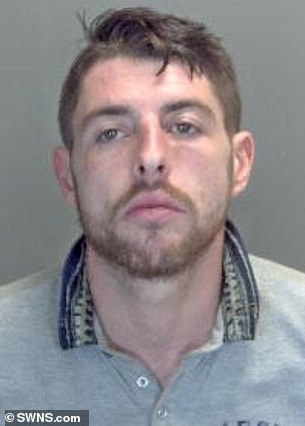 Davey was arrested during a 90 day undercover Norfolk Police operation codenamed Cultivate which targeted county lines dealers between March and June 2017. David Teixeira, 19, from London; (left) and Jack Parrish, 26, have already been jailed for their parts in the operation

She spent four months living on the streets while she was on the run before being sentenced to six weeks at HMP Peterborough and put on a methadone programme after she was caught shoplifting again in February this year. 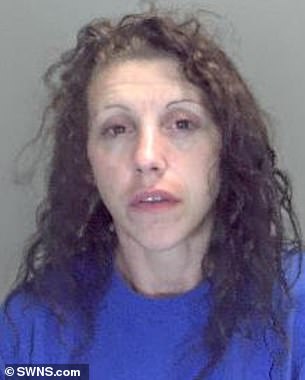 Tara Kelf, 35, who allowed her flat in Suffolk Square, Norwich, to be used as a base and acted as a driver to pick up drugs to fund her own habit was jailed for three years

Her parents visited her once in jail. She said: ‘Tears were shed. I told them I would turn things around. We decided to rebuild things. Unfortunately when my dad found out I am still with Joseph he wrote to me saying he could not accept it. I haven’t seen Dad since.’

Since her release on November 4, Ms Davey has been required to wear an ankle tag and has a 6.45pm curfew.

She is now desperate to fight to get her children back and even wants to take up teaching again.

As a child Ms Davey won a scholarship to the £14,562-a-year Norwich High School for Girls.

She graduated from the University of East Anglia with a history degree in 2003 and became a teacher for children with special educational needs.