Teaching pupils about climate change without a grounding in science could leave them with ‘no real understanding’ of the issue and become a ‘morality tale or  something quasi-religious’, an Ofsted chief inspector has warned.

Amanda Spielman said it was important’ students had a grounded understanding of the issue within the wider body of learning in order for them to make rational decisions rather than just taking emotional positions.

She added that the pressure on schools to teach more on the curriculum was growing, as schools were seen as ‘the go-to solution’ by advocates who often launch petitions and social media campaigns.

Speaking at the launch of Ofsted’s annual report today, Ms Spielman said climate change activists – who have called for new qualifications or alterations to the curriculum – can ‘forget the importance of grounding climate change within the wider body of learning’ about science and geography. 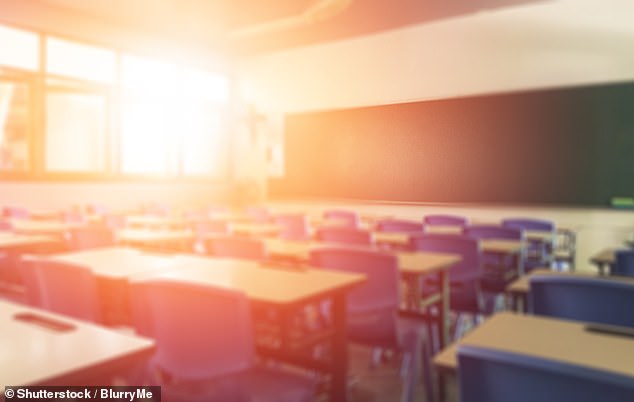 Ofsted chief inspector Amanda Spielman said it was important schools teach the topic of climate change with a grounding in science and geography. (Stock image)

‘They don’t always notice how much schools already do in this space,’ the chief inspector said.

On teaching climate change in schools, she said: ‘I think if it is not grounded in science there is no real understanding underneath it, it becomes a morality tale or something quasi-religious.

‘It is really important that people have a grounded understanding so that they can think about that in the context of career choices and in the context of their own personal behaviour. That helps people take rational decisions, not just emotional positions.’

Ms Spielman added there had been a rise in efforts to ‘commandeer schools and the curriculum in support of worthy social issues’ – including environmental causes and campaigns against racism.

‘Treating schools as the great panacea of our time underlines the importance of education, but it doesn’t make it any easier to run a school,’ she said.

Asked whether she believed more should be done to make pupils feel represented through a more diverse curriculum, Ms Spielman added: ‘I think my message would be don’t revise the curriculum in the context of a single issue or purpose – make sure that periodic reviews take all purposes into account.’

The annual report from Ofsted warned that in a minority of secondary schools, not all children were receiving a full and appropriate curriculum due to narrowing or misalignment. 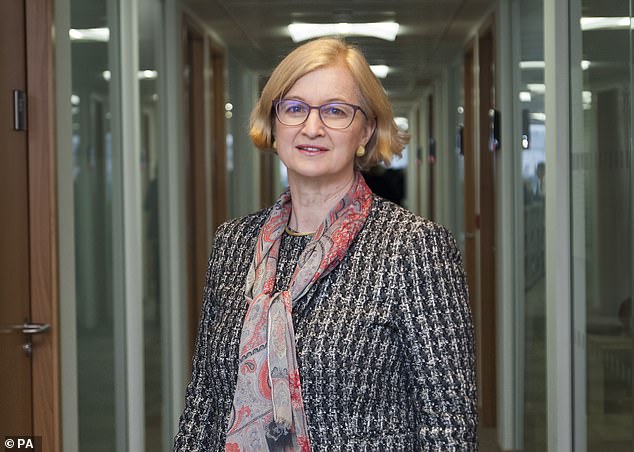 Some inspectors found that a large number of pupils were being encouraged into courses (often for GCSE-equivalent qualifications) in which they were likely to earn high grades, but that were unlikely to help them progress in pathways that suited their talents and interests.

The report also highlighted that primary schools judged as requiring improvement had focused extensively on teaching reading, writing and maths ‘at the expense of other subjects’.

Ms Spielman said she did not expect graded inspections to resume in January, adding that an announcement from the Government was due ‘very soon’.

She said their attendance remained ‘stubbornly low’ and the number of child protection referrals made to councils had still not reached pre-Covid levels.

The report also warned of ‘lasting harm’ to children with special educational needs and disabilities (SEND) after they lost access to additional support and healthcare during the first national lockdown.

Local authorities are now more likely to be responding to ‘a legacy of abuse and neglect’ after local safeguarding partners struggled to identify families in need of early support and protection amid the pandemic, it said.

A Department for Education (DfE) spokeswoman said: ‘The safety and wellbeing of the most vulnerable children has always been our focus, which is why we kept nurseries, schools and colleges open for those children throughout the pandemic.

‘We all owe a debt of gratitude to the teachers and support workers who have gone above and beyond to support vulnerable children since national restrictions were first introduced.

‘It remains a national priority to keep full-time education open for all.’

During the virtual launch, Ms Speilman also said a shift to online learning had helped schools when they were shut earlier this year but warned it ‘can only ever be a partial solution to ensuring a good quality of education’.

In their report, Ofsted said: ‘Many children lost not just a term’s education, but also the consolidation of what they were taught in previous years.

‘While we do not yet have reliable evidence on ‘learning loss’ from the pandemic, it is likely that losses have been significant and will be reflected in widening attainment gaps.’