Boy, 16, who ran away laughing after killing shopworker who refused to sell him Rizla cigarette papers is found guilty of manslaughter

A 16-year-old boy who ran away laughing after killing a shopkeeper who refused to sell him Rizla papers has been found guilty of manslaughter.

Vijaykumar Patel, 49, suffered a ‘catastrophic’ head injury in an unprovoked attack outside the minimarket where he worked in Mill Hill, north London.

The teenager, from Brent, went into the shop with two friends and tried to buy cigarette papers, but they were sent away for being under 18.

Prosecutor Louis Mably QC had told a jury that the teenager became aggressive and shouted abuse before hurling himself at Mr Patel outside the shop.

The attack was captured on CCTV and Mr Mably said: ‘It is possible to see the moment Mr Patel was hit and which boy delivered the blow’. 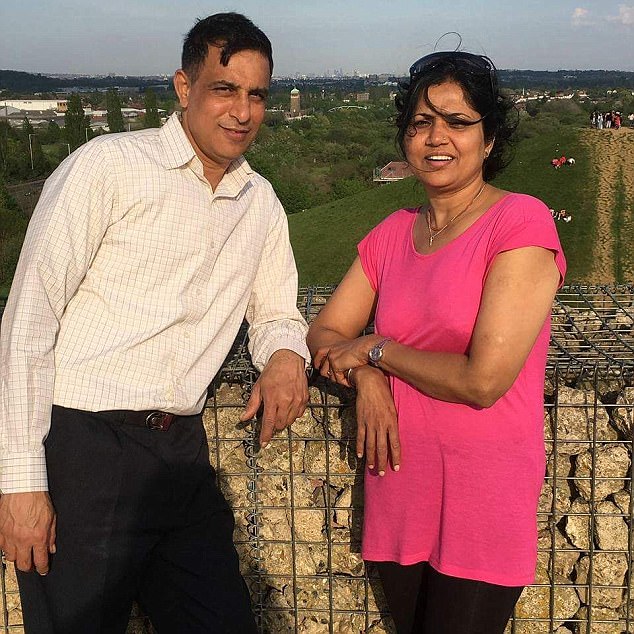 A 16-year-old boy has been found guilty of manslaughter over the death of Vijay Patel, pictured with his wife, Vibha, who was in west India when her husband’s life support was switched off 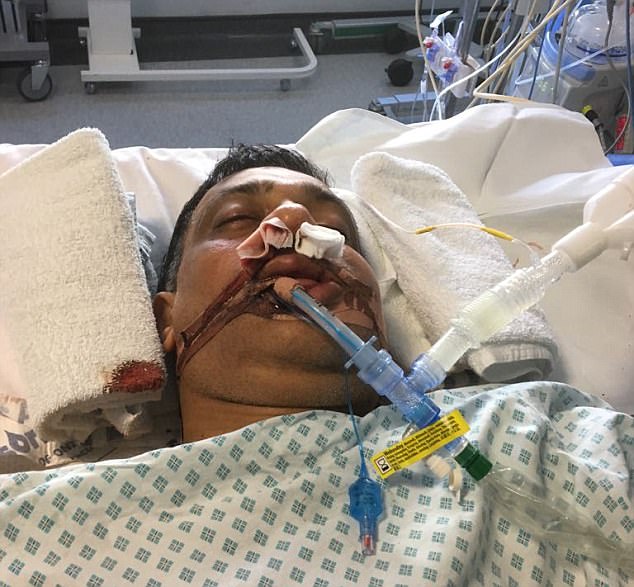 Mr Patel, pictured here in hospital, suffered a fatal head wound after the boy punched him in the face causing him to fall to the ground

He added: ‘This boy suddenly lunged at Mr Patel, flew towards him and smashed him in the upper part of his body with his right forearm.

‘When the boy smashed into the lower part of his face it caused Mr Patel, with his hands in his pockets, to fall backwards on to the pavement and smash his head.

‘It was that moment, that blow causing him to smash his head, that caused his death.’

Mr Mably said that Mr Patel ‘had not really been involved’ in the incident and ‘was standing with his hands in his cardigan pockets watching what was going on’ when he was struck.

Another shop worker then chased the boys away with a billboard sign and a broom.

The boys were seen ‘laughing, joking and happy about what had taken place’ as they fled the scene, Mr Mably told the jury.

Mr Patel was found by police unconscious and bleeding in the street on January 6.

He was rushed to St Mary’s Hospital in central London and died the next day from an injury to the back of his head.

A search of his bedroom recovered the black jacket and Burberry scarf he was wearing at the time of the attack. Mr Patel’s saliva was found on the right sleeve of the coat. 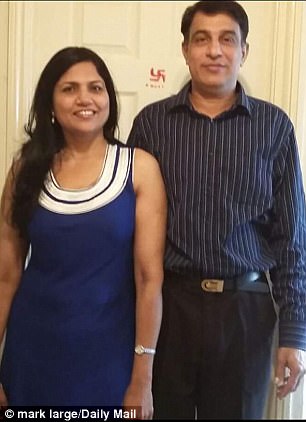 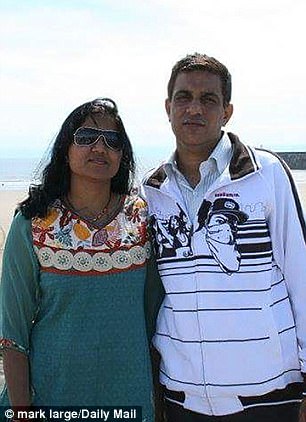 Detective Chief Inspector Luke Marks, from Scotland Yard, said: ‘I hope this conviction will bring some sense of justice to the family who have been devastated by Vijaykumar’s death’ 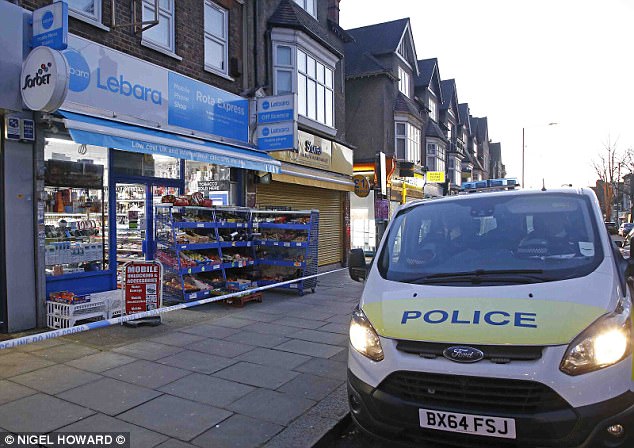 Mr Patel was attacked by the teenager at a minimarket in Mill Hill, north London, when he refused to sell him and two Rizla cigarette papers because they were underage. Pictured: police at the scene

His employer told jurors how the killing had affected him, saying: ‘I went through complete shock. Someone lost their life in front of my eyes – someone who worked for me.’

Defence barrister Philippa McAtasney QC argued that the teenager was alarmed by the fact that the two bigger adults, who at times spoke to each other in Urdu, were being the aggressors in demanding they leave.

‘He said he was worried because a friend of his had been stabbed a few months before and that too was part of his thinking, part of what was in his mind,’ she added.

‘It is shocking when you watch that footage, particularly when you know the tragic outcome.

‘But if this boy, much smaller in stature, simply did what he instinctively believed was necessary to defend himself then one shove, you may think, is reasonable.

The defendant, who cannot be named for legal reasons, denied manslaughter, saying he acted in self defence.

Following a week-long Old Bailey trial, the jury found him guilty and sentencing was adjourned to September 7.

Detective Chief Inspector Luke Marks, from Scotland Yard, said: ‘It beggars belief that a family man with two kids has lost his life over an argument about cigarette papers that got out of hand. 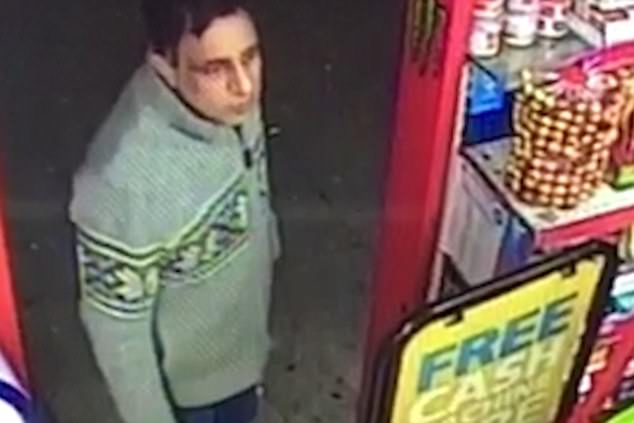 Vijay Patel was pictured on CCTV just half an hour before he was killed, apparently in the row over his refusal to sell teenagers cigarette papers

‘This was an unprovoked spontaneous incident sparked entirely by the refusal to let the suspects buy what they wanted. A man has lost his life for no reason other than trying to uphold the law, which is there to protect everyone – including young people.

‘I would like to praise the work of the team who built a strong case, and the victim’s family and friends who have conducted themselves with the utmost dignity.

‘Vijaykumar was a loving son, brother, father and husband, and his family are left mourning his death, wondering how someone could use such abhorrent and casual violence.

‘I hope this conviction will bring some sense of justice to the family who have been devastated by Vijaykumar’s death. He truly was a decent, hard-working family man who in no way contributed to his own demise.

‘I would like to add that the local policing team in the Mill Hill area are in regular contact with business owners and other members of the community.

‘Since this attack, officers have been meeting local retailers to provide reassurance and crime prevention advice. Officers will continue to engage with the business community to gauge any concerns they have.’