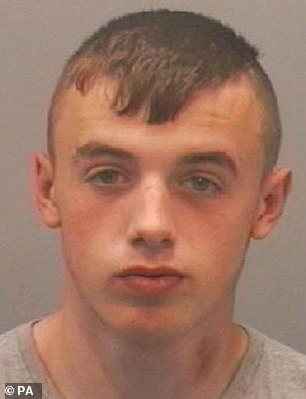 Mugshot: Ewan Ireland was named and pictured on his 18th birthday, when automatic anonymity for young offenders elapses

The teenager who murdered a solicitor with a screwdriver he stole from Poundland threw ammonia over another victim just a few yards away months before.

Ewan Ireland, 18, stabbed Peter Duncan, 52, in Old Eldon Square, Newcastle, on August 14 after stealing a ‘quantity of screwdrivers’ from a nearby Poundland earlier that day.

He pleaded guilty to murdering the father near a Greggs bakery in the area and will be sentenced pending psychiatric reports in December.

After his anonymity was lifted by a judge yesterday a woman in the area has come out to say he attacked her with a dangerous substance very close to where he killed Mr Duncan eight months later.

Ireland hurled the substance in the woman’s face and burned one of her eyes, but was only given a conditional discharge.

Writing on Facebook two days after Mr Duncan’s death, she said: ‘The lad who stabbed that man in town is the same lad who threw ammonia in my face.

‘They had clear CCTV and I was in hospital with a burn on my eye. He got 12 month on licence, maybe if he got what he deserved then that man might not have lost his life.’

One of the female victims friends later wrote on social media: ‘So sad to think that if that lad had have had a screwdriver the night (the victim) got squirted with ammonia it would be a completely different story. This was avoidable but he didn’t learn his lesson.’ 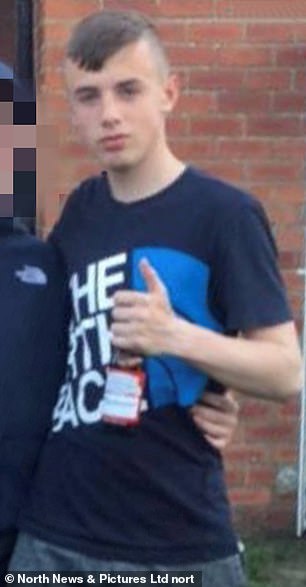 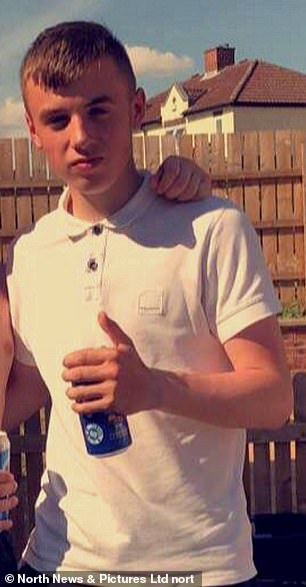 Ewan Ireland, 18, stabbed Peter Duncan, 52, in Old Eldon Square on August 14 after stealing a ‘quantity of screwdrivers’ from a nearby Poundland earlier that day. 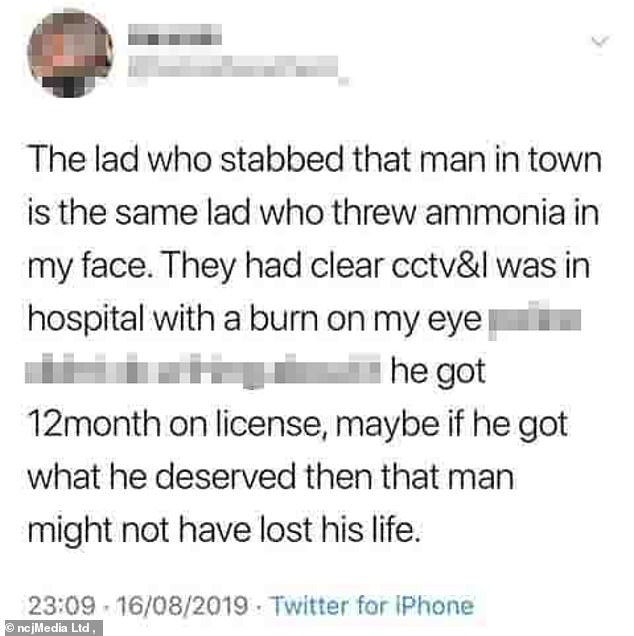 Ewan Ireland, whose identity could not be revealed by the media when he was still a juvenile, already had a history of violence when he targeted family man Peter Duncan, a 52-year-old father, with a screwdriver he stole from Poundland.

He was named on Sunday, his 18th birthday, and Northumbria Police released a custody photo on Monday.

Newcastle Crown Court previously heard that Mr Duncan, the in-house lawyer for a multi-national maritime firm, was on his way home and ‘simply in the wrong place at the wrong time’ when he crossed paths with the yob at an entrance to Newcastle’s Eldon Square shopping centre. 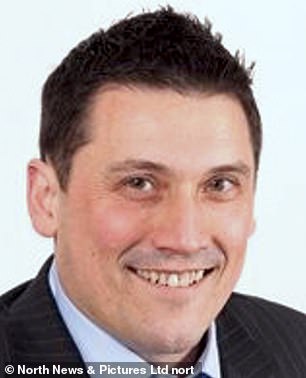 The solicitor raised his arm to let the teenager past at the doorway – to which the youth took exception – and a struggle followed in which Mr Duncan was fatally stabbed in the heart.

He collapsed near a Greggs outlet in the mall, which was still busy with teatime shoppers on August 14.

The serial criminal was on bail for affray when he stabbed the devoted father with a screwdriver he had stolen from a Poundland store earlier that day.

Ireland was still 17 when he pleaded guilty last month to murder, and at that time his identity could not be reported, despite the utmost seriousness of the case.

But now he has become an adult, Section 45 of the Youth Justice and Criminal Evidence Act 1999 no longer applies.

When he murdered Mr Duncan, the teenager, from the Westerhope area of Newcastle, was looking for another youth with whom he had fallen out over some cigarettes. 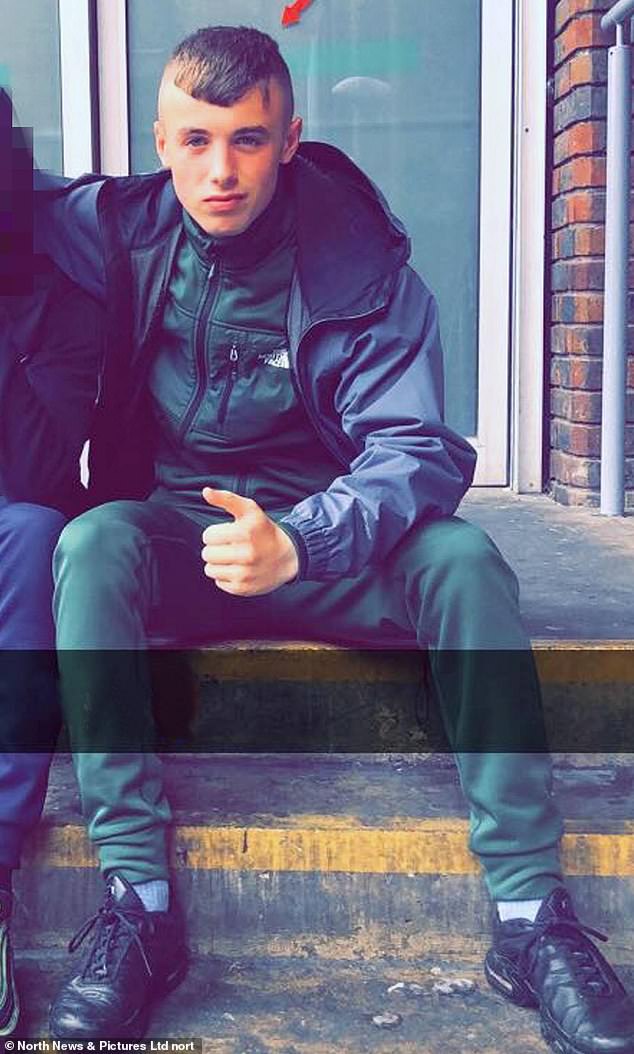 Ireland pleaded guilty to murder, theft and possession of an offensive weapon via video link from HMP Wetherby last month

At a previous bail hearing, prosecutor Kevin Wardlaw said Ireland and Mr Duncan came into contact with each other by chance when they were walking in opposite directions.

Mr Wardlaw said: ‘The deceased raised his arm to let the defendant get past.

‘It is captured on CCTV footage. The defendant took exception to that, took hold of the deceased and a struggle ensued.’

Mr Duncan managed to push the teenager off, at which point Ireland stabbed him once in the heart.

He managed to walk a short distance before collapsing to the ground.

CCTV cameras tracked the youth’s movements through the city centre and the murder weapon was found later.

Officers are pictured monitoring the scene in Old Eldon Square, Newcastle the day after the murder, near to where he attacked another victim with ammonia eight months before

At a bail hearing, Newcastle Crown Court heard that Ireland had 17 convictions for 31 offences between 2017 and 2019, including an incident where he grabbed a knife during a family argument.

There was also an occasion when he threatened a driver with a blade after he was challenged about drinking alcohol on the bus.

At the time of the murder, he was on bail for affray. Mr Duncan’s family previously issued a statement in which they said: ‘Peter was a kind and caring man who was always first to help others.

‘He was a devoted father, husband, son, brother, uncle and friend and loved by all who knew him.

‘His death will leave such a huge hole in our lives and he’ll be deeply missed by us all.

‘Words can’t quite describe what life will be like without him.

‘He had so much of his life left to live and he’ll be in our hearts and thoughts every day.’

Ireland is in custody awaiting sentencing.