EXCLUSIVE: Shocking moment teenage girl is hit by a car and carried along the road before being knocked on to the tarmac – but then gets up and walks away

A silver Volkswagen moved down the girl as she crossed a road at a busy roundabout in morning rush hour traffic in Greater Manchester.

The girl was thrown in to the middle of the road at Aspull roundabout in Aspull village near Wigan, and the car continues to push her forward before braking out of frame.

The girl’s personal items spill out of her bag as horrified school children look on. Amazingly, the blonde girl appears unhurt and gets up and walks away. 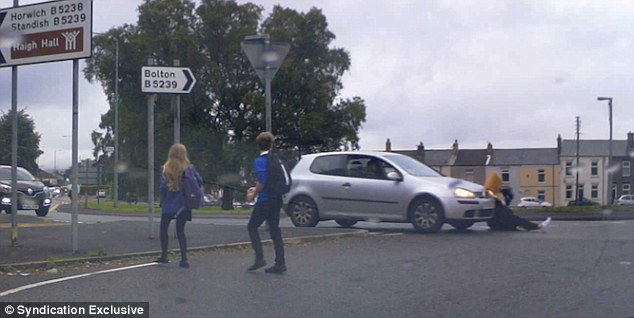 She is then perused on foot by the driver of the vehicle according to a witness.

The dash cam owner, 27, an accountant on his way to work when he caught the footage at around 8 am on Wednesday, told Mail Online: ‘It’s very busy every morning and has the potential to be dangerous.

‘As far as I know the girl seemed okay when she got up. It was just shocking to see it happen in front of me. 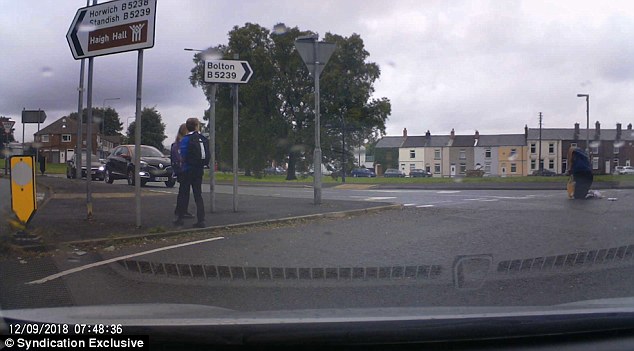 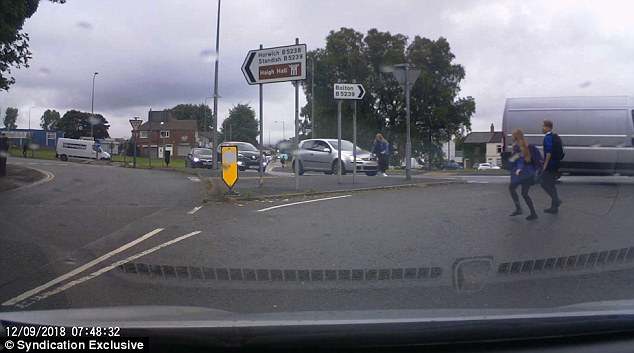 ‘She looks like a sixth form student. This was not a hit-and-run as the driver of the silver VW Golf stopped just out of frame and ran after the girl to check her well-being.

‘It highlights how dangerous it is for drivers and pedestrians in the morning.’

The witness added that as he pulled off to the right he saw the driver of the car speaking with the girl on the pavement.