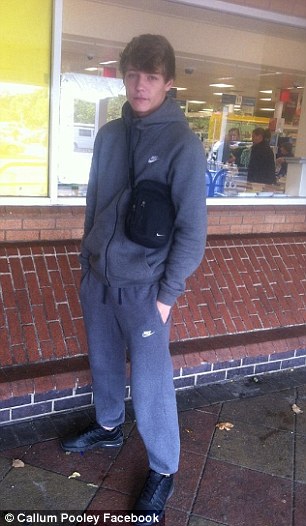 An angry teenager has avoided jail after threatening to stab his father in the head after he was served lettuce for dinner.

Callum Pooley was at home with his mother and sister when he was given salad by his mother.

The 19-year-old became angry after being given a healthy option for dinner, a court heard.

Howard Shaw, prosecuting, said: ‘He took exception to that and turned abusive, turned violent, started punching the door, threw the salad, turned the table over, and was verbally abusive towards his mother. He was told to leave and did so.’

Pooley’s father was then called home, where he packed up his son’s clothes and handed them to him on the doorstep when he returned, Hull Crown Court heard.

The teenager became angry again, with the youngster arguing not all of his clothes were given to him, among other complaints.

Pooley then made ‘threats to smash the windows, kicked a blue recycling bin and produced a fish-paring knife’, the court heard.

Mr Shaw told the court that Pooley’s sister managed to get in between Pooley and their father, but the teenager ‘threatened to stab his father in the head’. 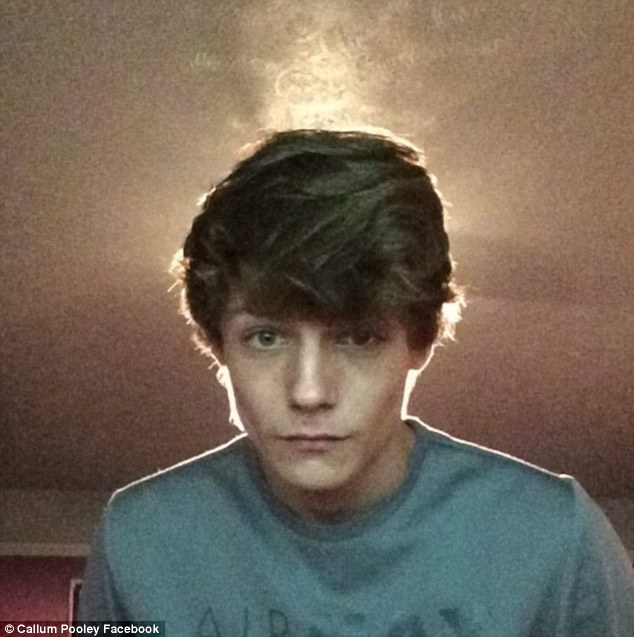 Pooley then made ‘threats to smash the windows, kicked a blue recycling bin and produced a fish-paring knife’, the court heard

His father replied: ‘If you want to be a man, act like one and walk away.’ Pooley threw a punch at his father but missed.

Pooley is said to have climbed into the back garden where he cut the washing line with the knife, which he later said was so he could ‘hang himself’.

Police arrested Pooley where he admitted to being abusive to his mother. During a police interview, he was ‘angry being given what he said was “a piece of lettuce” for his tea’.

His father raised concerns for his son’s welfare with witness care, the court heard.

Responding to a possible application for a restraining order, Stephen Robinson, for Pooley, said: ‘The defendant has been in touch with his family. They speak nearly every day and he has entered the property – ironically for his tea – without any problem whatsoever.

‘The defendant would submit this might get in the way of a tentative reconcilliation.’

Mr Robinson said of the background to the incident: ‘He was bullied as a youngster, and rightly or wrongly he feels he didn’t receive the support he needed. Whether that’s right or not perhaps doesn’t matter.

‘It’s something that’s grown in the defendant’s mind and led to difficulties which ultimately resulted in the offences on this occasion.’

Pooley, of no fixed address, admitted threatening behaviour and possession of a bladed article. He had a caution for threatening behaviour in April last year, and was sentenced to a community order last December for dwelling house burglary, which was still in operation at the time of his latest offences.

Recorder Gavin Doing revoked the previous order and Pooley was sentenced to a two-year community order, which included 150 hours of unpaid work and 30 days rehabilitation.

Pooley was warned by the judge if he returned to court he would likely face jail.

‘u dont know me or know what ive been through u lettuce lickers’ and ‘lettuce all just get over this s*** then’ were posted on his account yesterday.