Police in a desperate hunt for two teenage girls, 16 and 14, who vanished from Thorpe Park 10 days ago with no phones or money

Police are desperate to find two vulnerable teenagers who were last seen at Thorpe Park over a week ago.

Hafsa Mourdoude, 16, and Darcie Goobie, 14, of Dartford, Kent, were on a day out at the theme park with a big group, but left without saying anything.

They are not believed to have mobile phones or any money and their families are extremely concerned for their welfare.

The pair were last seen on CCTV leaving Thorpe Park at 4.10pm on October 26.

They have links to East Ham in east London and Hastings in East Sussex. 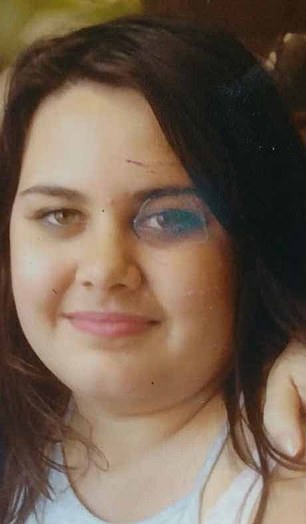 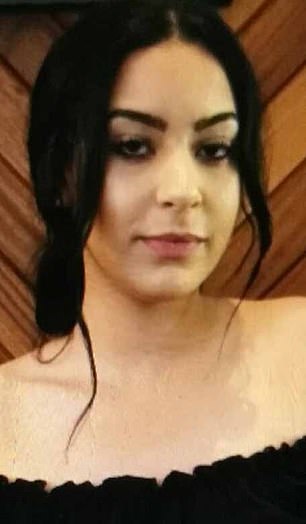 Hafsa Mourdoude, 16 (left) and Darcie Goobie, 14 (right) of Dartford, Kent, were on a day out at Thorpe Park in Surrey with a big group, but left without saying anything on October 26

She is believed to have orange trainers and silver sliders with her in a bag.

Darcie is described as olive skinned, 5ft 3in tall, medium build with black hair worn in a bun. 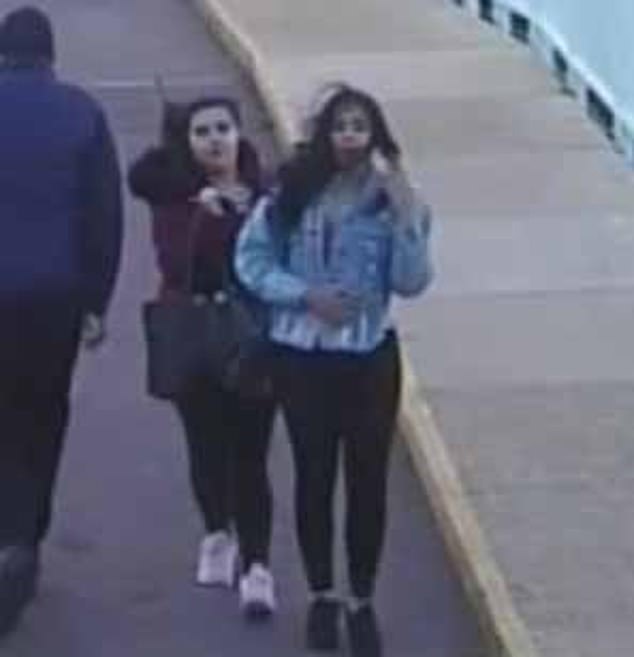 The pair were last seen on CCTV (still pictured) leaving Thorpe Park at 4.10pm on October 26

When she was last seen she was wearing a short burgundy jacket with black fur-trimmed hood, black leggings and pink trainers and was carrying a black bag.

A Surrey Police spokesman, said: ‘We are keen to speak to anyone has information that could help us find the girls – did you see them leaving Thorpe Park shortly after 4pm on Friday?

‘Do you know which direction they were headed? Did you give them a lift or seen them at a local train station? Have you seen either of them since? 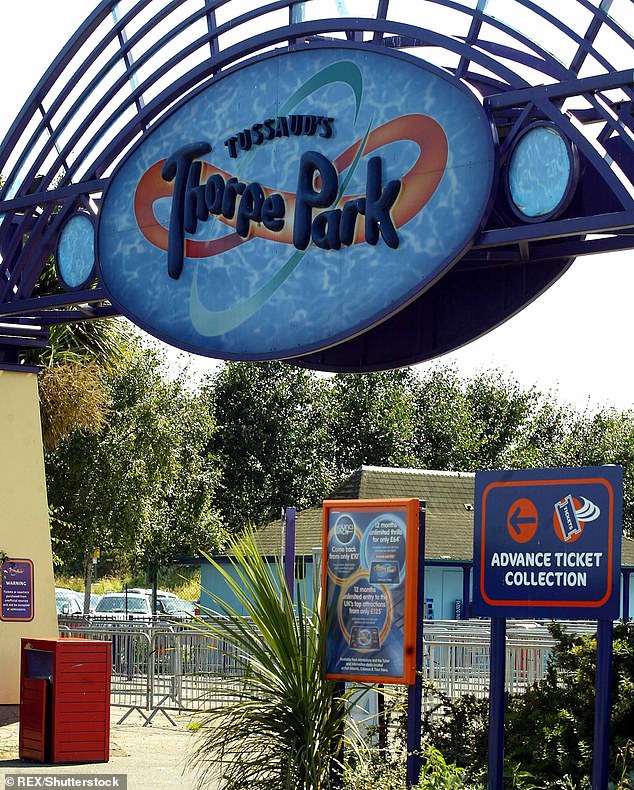 Pictured: The girls, from Dartford in Kent, were last seen leaving Thorpe Park (pictured) in Surrey over a week ago