Tenants on Charles' estate are banned from buying freeholds

Tenants on Prince Charles’ private estate have been banned from buying the freehold of their homes by laws ‘vetted by the heir to the throne.’

Parts of the Duchy of Cornwall – a £1 billion portfolio of real estate and investments – are exempt from two property laws which give families the right to purchase their homes outright.

Archive documents show the exemptions were passed after Charles was given prior sight of the legislation under an obscure parliamentary process, The Guardian reported.

The exemptions mean residents are living in homes which are difficult to sell as the lease runs down and which they struggle to borrow against. 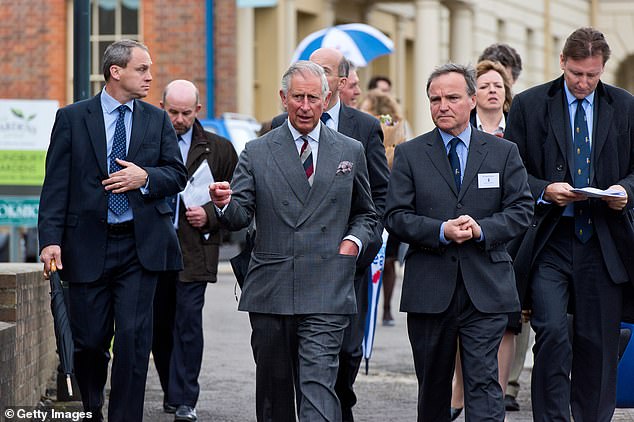 Prince Charles, Prince of Wales meets residents of The Guinness Partnership’s 250th affordable home in Poundbury on May 8, 2015 in Dorchester, Dorset 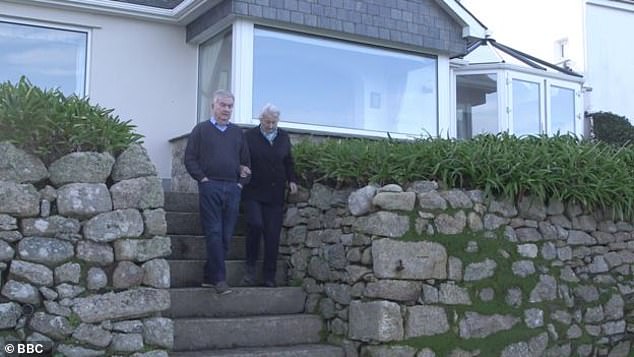 Retired oil executive Alan Davis (pictured), a tenant on the Isles of Scilly, which is part of the Duchy of Cornwall, told the newspaper he has been unable to buy the freehold of the bungalow he purchased in 1984

But a Duchy of Cornwall spokesman said: ‘Any assertion that the Prince of Wales has blocked or unduly influenced legislation is incorrect.’

Retired oil executive Alan Davis, a tenant on the Isles of Scilly, which is part of the Duchy of Cornwall, told the newspaper he has been unable to buy the freehold of the bungalow he purchased in 1984.

He has been affected by an exemption in the 1993 Leasehold Reform, Housing and Urban Development Act, which excludes Dartmoor, large parts of which are owned by the Duchy, and the Isles of Scilly.

With less than 65 years left to run on his lease he is concerned for the future value of his home, telling the Guardian: ‘The problem comes when you want to sell it. If the lease is down to something like 30-odd years, people will just shy away from it.’

He added it was ‘absolute nonsense’ he and other residents could not buy their homes outright from the duchy.

Another tenant Jane Giddins has lived in one of the prince’s houses in the Somerset village of Newton St Loe since 1996.

She said that she and her husband had ‘poured a lot of money and love into renovating it’ but that when they die ‘our kids will be left with a property that is very difficult to sell.

Mrs Giddins told the paper: ‘The question is: why should the crown be allowed to carry on with a feudal system just because they want to?’

The Oval cricket ground and Dartmoor Prison are just some of the properties owned by the estate of the Duchy of Cornwall.

Created in 1337 by Edward III for his son Edward, the Black Prince, the duchy’s main purpose has been to provide an income, independent of the monarch, for the heir apparent.

The Guardian also said the documents showed Charles, who holds the title Duke of Cornwall, also vetted the 2002 Commonhold and Leasehold Reform Act, which featured exemptions that favoured the duchy.

‘If consent is required, draft legislation is, by convention, put to the Prince of Wales to grant solely on advice of ministers and as a matter of public record.’

The spokesman added: ‘The Duke of Cornwall nor the Duchy of Cornwall Council have any involvement in the drafting of legislation that relates (to) any part of leasehold reform including residential enfranchisement.

‘The Duchy does, however, take great care to ensure that anyone purchasing a property where the freehold belongs to the Duchy is made completely aware of the restrictions that may apply to their property as a result of the legislation.’