Nairobi, Kenya: A tenth critically endangered black rhino has died after being moved from Kenya's capital to a new wildlife park and the sole survivor has been attacked by lions, wildlife authorities said on Thursday in what some conservationists have called a national disaster.

The Kenya Wildlife Service's acting director has been fired and several other officials have been suspended after "clear negligence" was found in the rhinos' transfer last month to Tsavo East National Park Rhino Sanctuary, wildlife minister Najib Balala said. 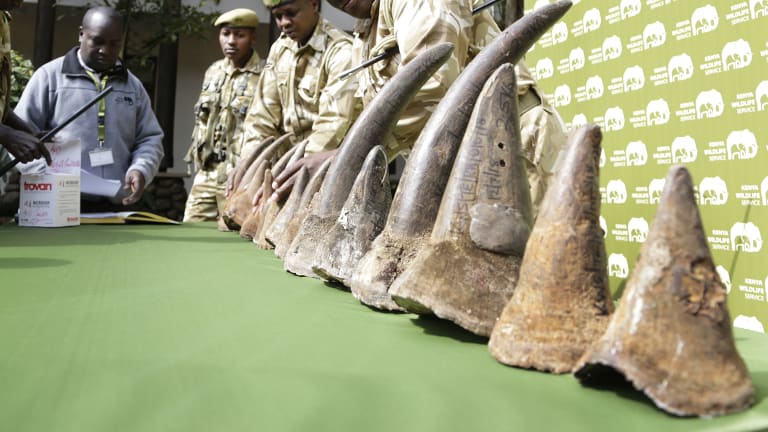 The 18 rhino horns belonging to nine of the black rhinos who died are put on display at a press conference.

Preliminary investigations show the rhinos died from stress intensified by salt poisoning as the animals struggled to adjust to saltier water in their new home, Balala said.

"The animals were dehydrated, restless" and drinking more of the water only worsened the problem, said Peter Gathumbi, professor of veterinary pathology at the University of Nairobi.

"Shame, shame, shame," prominent Kenyan conservationist Paula Kahumbu wrote in a Facebook post in which she regretted not questioning the rhinos' transfer in the first place.

Transporting wildlife is a conservation strategy used to help build up animal populations, and Kenya's wildlife ministry has called the rhinos' deaths "unprecedented" in more than a decade of such transfers. 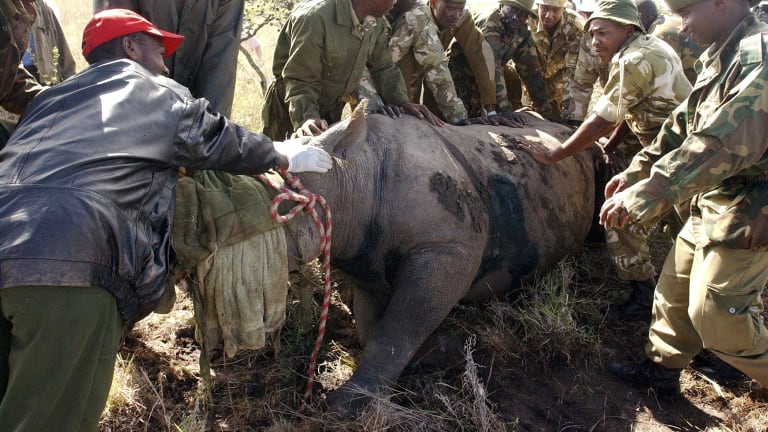 It has said it transported 149 rhinos between 2005 and 2017, losing just eight of them during that time.

Conservationists in Africa have been working hard to protect the black rhino sub-species from poachers targeting them for their horns to supply an illegal Asian market.

According to WWF, black rhino populations declined dramatically in the 20th century, mostly at the hands of European hunters and settlers. Between 1960 and 1995 numbers dropped by 98 per cent to fewer than 2,500.

Since then the sub-species has rebounded, although it remains extremely threatened. In addition to poaching the animals also face habitat loss.

African Parks, a Johannesburg-based conservation group, said earlier this year that there are fewer than 25,000 rhinos in the African wild, of which about 20 per cent are black rhinos and the rest white rhinos.

In another major setback for conservation, the last remaining male northern white rhino on the planet died in March in Kenya, leaving conservationists struggling to save that sub-species using in vitro fertilisation.