Singapore: A former ambassador to Myanmar has expressed concern at the apparent targeting of Australians trying to leave the strife-torn south-east Asian nation, describing the latest detention of an Australian couple at their home in Yangon as “a very big worry for us”.

Friends of Matthew O’Kane and Christa Avery, a Canadian-Australian, reacted with alarm at news they had been ordered back to their home in Myanmar’s largest city after being stopped from boarding a relief flight out of the country on Friday. 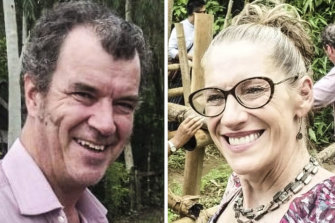 O’Kane and Avery have lived in Myanmar for 10 years and run a business consultancy in Yagon, while Avery also writes a blog documenting agriculture innovation in remote areas of the country including in Shan and Kachin states.

While it was unclear why they were held at home, family members were believed to have been in contact and were hopeful they would be free to depart soon. 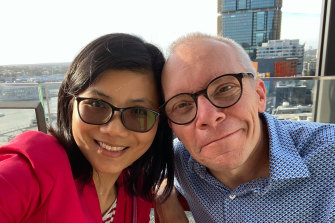 However, Christopher Lamb, a former Australian ambassador to Myanmar who chairs the Australia Myanmar Institute, said the latest development concerning was deeply troubling.

“So far as I can see the only foreigners that have been detained are Australians,” Lamb said on Monday.

“I think it’s a terrible situation. It’s a very big worry for us and we at the Myanmar Australia Institute are very concerned about it. But the trouble with dealing with this regime and there has been no response about any of the things they have done.

“I’m not at all sure that we have any leverage on these things.”

Australia’s Department of Foreign Affairs and Trade has said only that it was providing consular assistance to two Australians in Myanmar.

The Australian embassy in Yangon last week updated its advice saying if Australians did not need to be there, or had concerns about their safety, they should leave.

But there is frustration among some of the hundreds of Australians still in the country about the difficulty in booking flights. Few international carriers operate services out of Myanmar and the Australian government has not organised repatriation flights.

Myanmar Airways International, Singapore Airlines, Korean Air and All Nippon Airways are the only airlines scheduling relief flights, according to the United States embassy in Yangon. 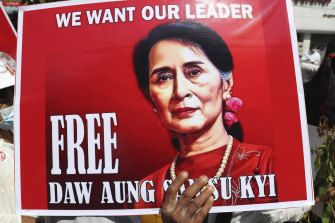 New Zealander Jeremy Rathbun, who introduced O’Kane to Avery in 2005 when the two men lived together at Centennial Park in Sydney, said the couple relocated to Myanmar during the country’s democratic transition a decade ago.

“[Avery] had just wanted to go back there [to south-east Asia] because she’d lived for so long in Thailand,” Rathbun said.

Turnell, meanwhile, is locked up in an undisclosed location facing allegations outlined on state media that he tried to flee Myanmar with secret government financial information.

Nicholas Coppel, another former Australian ambassador to Myanmar and friend of Turnell, said his detention on “clearly trumped-up charges” was a “gross injustice”.

“I would have thought it would be in the interests of the Myanmar military to put Sean Turnell on a plane and send him home,” said Coppel, speaking before the two other Australians were held.

“I understand they’ve taken his computer and are interrogating it. Maybe they want to finish that before sending him on his way.“

Meanwhile, Suu Kyi, who has been under house arrest since February 1, is due to have her case back in court on Wednesday. Already facing charges including the illegal importation of six walkie-talkies and breaches of coronavirus protocols, she has now been accused by the generals of corruptly accepting gold bars and $600,000, allegations her lawyer says are groundless.

The death toll from the junta’s brutal crackdown against the pro-democracy movement has increased to 250, with 2665 people arrested or charged in the 50 days since the takeover.