Terrified child drugs mule, 14, tried to hang himself in a park after losing £1,000 in county lines drugs deal

A TERRIFIED 14-year-old boy tried to hang himself after losing a £1,000 package of drugs and money, it has emerged today.

The teenager, forced by a gang to take the bundle to Margate and sell it, was almost driven to suicide after accidentally leaving it on a train. 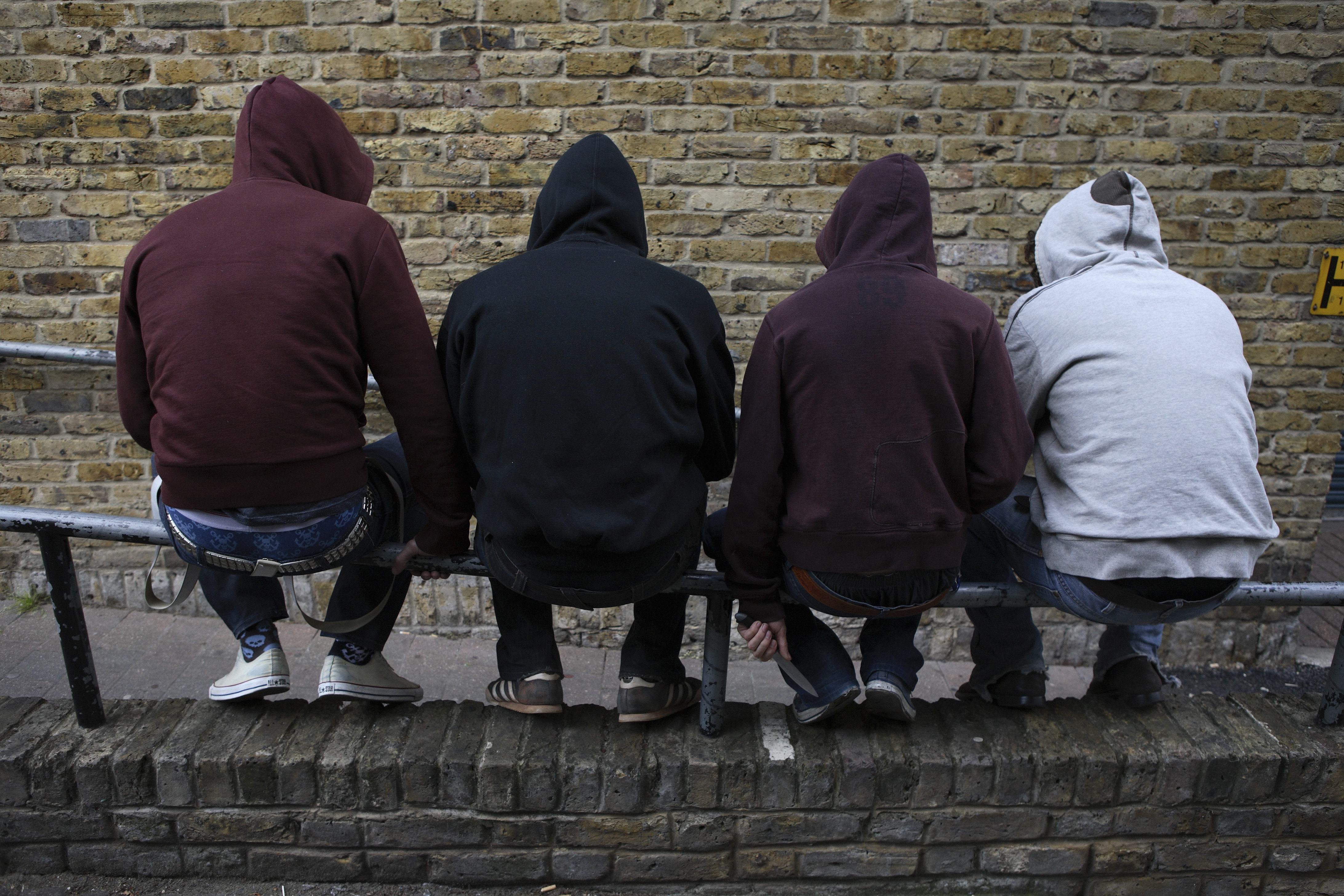 Dr Simon Harding, a professor in criminology at the University of West London, said: "This boy had never been out of Hackney before.

"He arrived in Kent, the train pulled into Margate and he saw the sea for the first time.

"Very excited, jumped up rushed off the train – left the drugs and the money on the train."

"He realised he was going to be in very serious trouble.

"So he decided to go to a back of a petrol garage, took some rope and took it to the park to hang himself.

"He was caught in time before he did and the whole story came out. That's just one of a hundred examples of that type of thing I could give you. It's extremely serious."

This young boy's story is just one of many tragic tales, facts and findings the Sun Online has unearthed in shocking investigations into how County Lines gangs are destroying lives around the UK.

More than 1,500 County Lines gangs are thought to operate in Britain, making an estimated £1.8billion annual profit between them – it is heavily linked to the escalation in knife crime across the UK.

Children are being told to “act out” in school, such as flouting uniform rules, so that they get excluded from classes and are then able to do “shift work” dealing drugs.

There comes a moment where the kids realise they've got in too deep. It's taken a long time for the water to recede enough for us to see this world, and it's very ugly indeed.

They call it “going country”, with the phrase being so well known in schools teachers will often hear it mentioned by kids.

Teenagers will mingle with commuters at London stations as they wait for their ride out of town, carrying backpacks full of drugs.

And the charity Safer London believes around 4,000 boys and girls from the capital are being used to package and deliver drugs.

Dr Harding told the Sun Online: "[Trying to leave the gang] is much more tricky than ever before as the gang is so adhesive and people get stuck in it more than they have before.

"It becomes this cycle in which you are trapped very, very quickly. When you're in that world you have nowhere to turn. 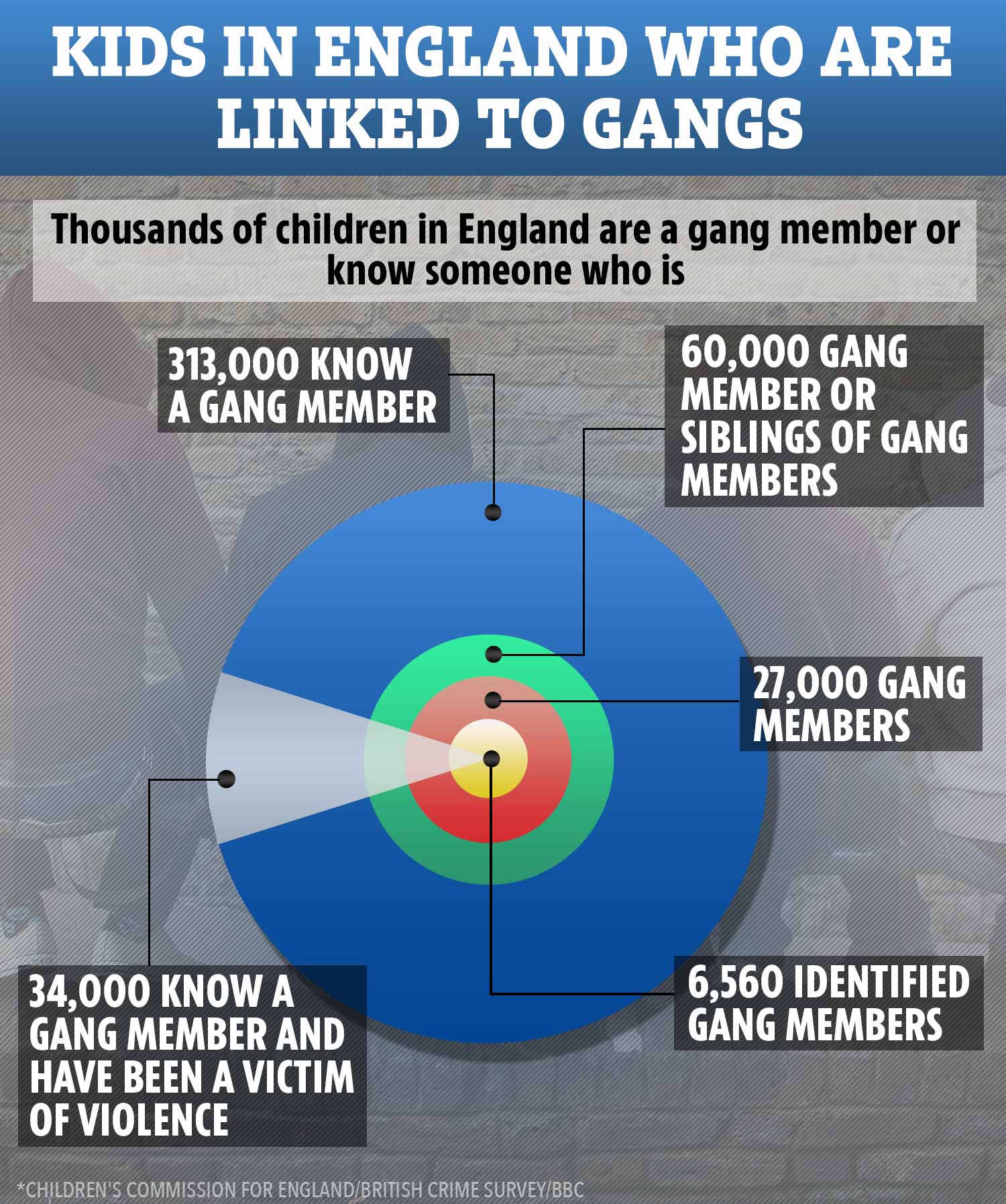 "That's why we are seeing so many stabbings. They call it 'the game', but nobody wins."

Often the youngsters are targeted to be mules, and given gifts of pizza and fast food by gang leaders.

Nick Roseveare, CEO of the Children’s Society, said: “Children are being cynically exploited with the promise of money, drugs, status and affection.

“They are then controlled using threats, violence and sexual abuse, leaving them traumatised and living in fear.”

The vulnerable and isolated children are singled out and presented with money to do small tasks for "chicken change", with the youngest kids involved aged seven.

NARCO NETWORKS What is the county lines child exploitation scandal and how are children being groomed to run drugs for London dealers?

COUNTY lines is a sinister drug running technique that gangs are using to sell drugs in other towns by exploiting kids and vulnerable adults.

The advantage to dealers is they can sell drugs outside the area they live in – often impoverished towns – and therefore reduce the risk of getting caught.

A criminal group may also target a vulnerable person living in an area outside of London and other major cities and take over their home as a base to sell drugs from.

Boys aged 14-17 are the most often targeted, however girls can also be exploited, often starting a relationship with a gang member that can lead to sexual and domestic violence.

Signs to look out for that someone is involved in County Lines activity:

** According to Children's Society

Before they know it they are being asked to take packages of drugs and money out of London and threatened if they fail.

Dr Harding told the Knife Crime Conference 2019: "These boys are all making £1,000 a week. It’s not just the one county – it runs all the way up Aberdeen and Inverness.

“And it is all about achieving a competitive advantage. So the saturated markets have now meant drug dealing anywhere from rural coastal towns, market towns, university towns etc.

“Now, through county lines, these groups are merging. People who take heroin are being pushed to take crack cocaine.

“Children as young as 14, and even younger are pushed into this. And if they are arrested, what does it matter, the gang can just get another one. 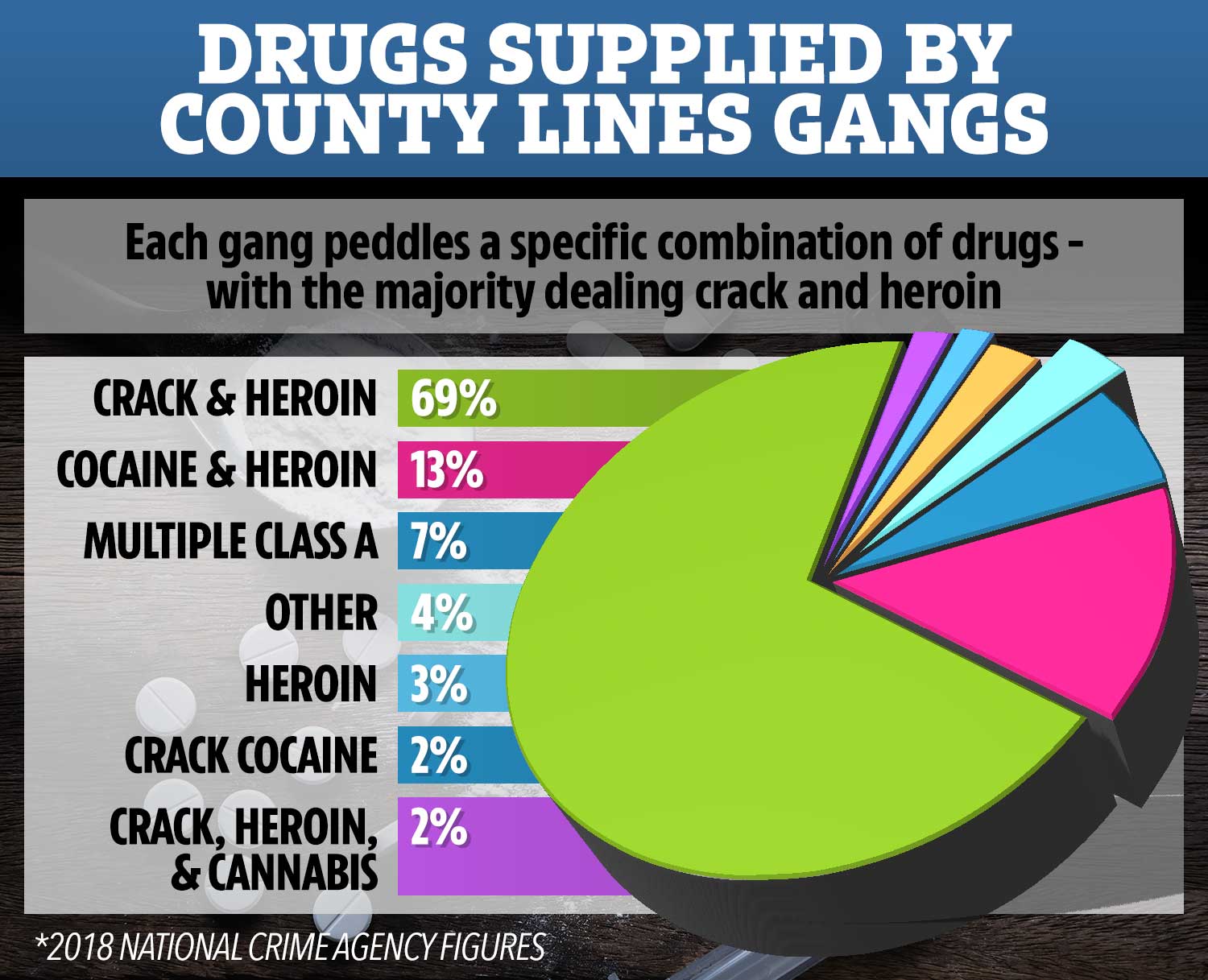 Kids are 'scared to say no to dealers'

“So what happens is, the old people approach people that they know take drugs and they say to them, ‘right, do you want to sell for me and I’ll give you this much. Once you’ve sold it all, give me this amount of money back and then keep the rest of the money for yourself or I will exchange that money you’ve earned for drugs’.

“[They start with] weed, really, then if the big dealer gets involved with cocaine and stuff like that, ecstasy tablets, then the runner – we call them runners – will just go along with it because at this point they’re scared to say no.”

“They are disposable cannon fodder, quite often missing children.

“The gangs will recruit them, nurture them, groom them, give them a £500 bag of money, a £500 bag of drugs, send them off on a bus or train to one of those towns and tell them they have to sell those drugs.

“And if they don’t they are in trouble.”

The County Lines trend saw drug offences rocket in suburban counties last year, such as Bedfordshire (up 39 per cent), Northamptonshire (up 35 per cent), Surrey (up 19 per cent), Kent (up 17 per cent) and Norfolk (up 13 per cent).

Girls – and sometimes boys – are raped, with the act filmed, so it can be used against them as a form of blackmail so they too will work for free.

The young drugs mules are given GPS trackers so they can be monitored at all times, and told to check in with their handlers wherever they go – there is often no escape.

Dr Harding is calling for more education on gang grooming in schools – with kids being taught how to look out for the signs they are being targeted from eight years old.

He said: "There is an endless stream of kids ready and waiting and willing to do this.

"There comes a moment where the kids realise they've got in too deep.

"It's taken a long time for the water to recede enough for us to see this world, and it's very ugly indeed." 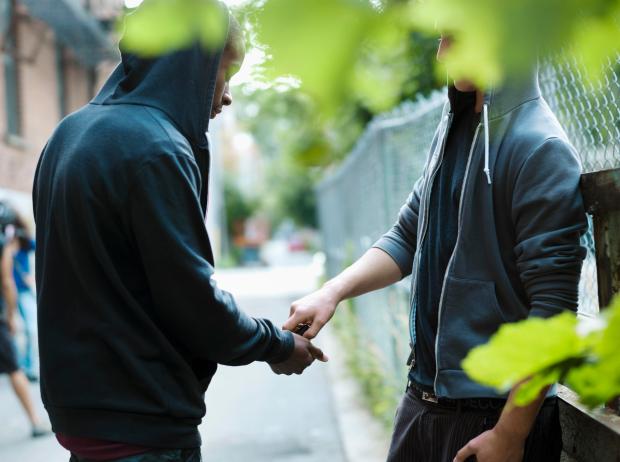