FOOTAGE of a terrified Ukrainian man cowering behind a tree as a figure he believes to be a Yeti walks past him has resurfaced.

The petrified hiker trains his camera on the ape-like figure as it bounds through the forest. 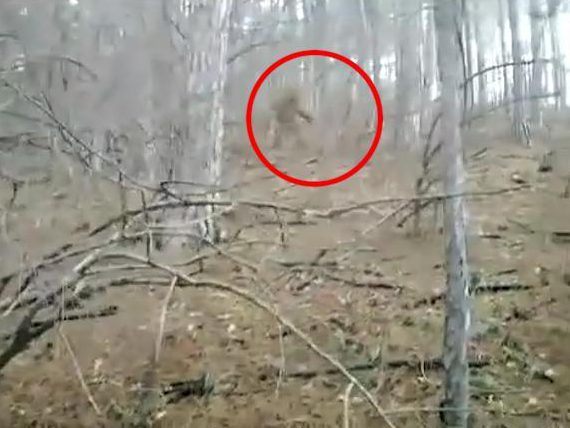 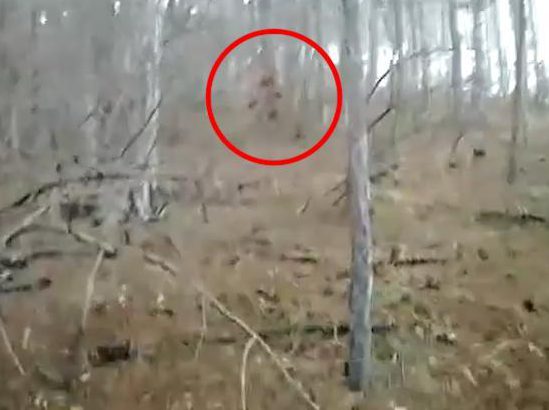 But unable to hold his nerve, the whimpering cameraman drops the phone as the 'beast' walks off into the distance.

The location of the sighting is believed to be Yalta on the Crimean peninsula that is contested by Russia and Ukraine.

A caption on the YouTube clip read: “I don’t know who or what it was.”

Other eagle-eyed internet users were quick to point out the trekker had mistakenly stumbled upon cameramen filming for an advert featuring a Yeti. 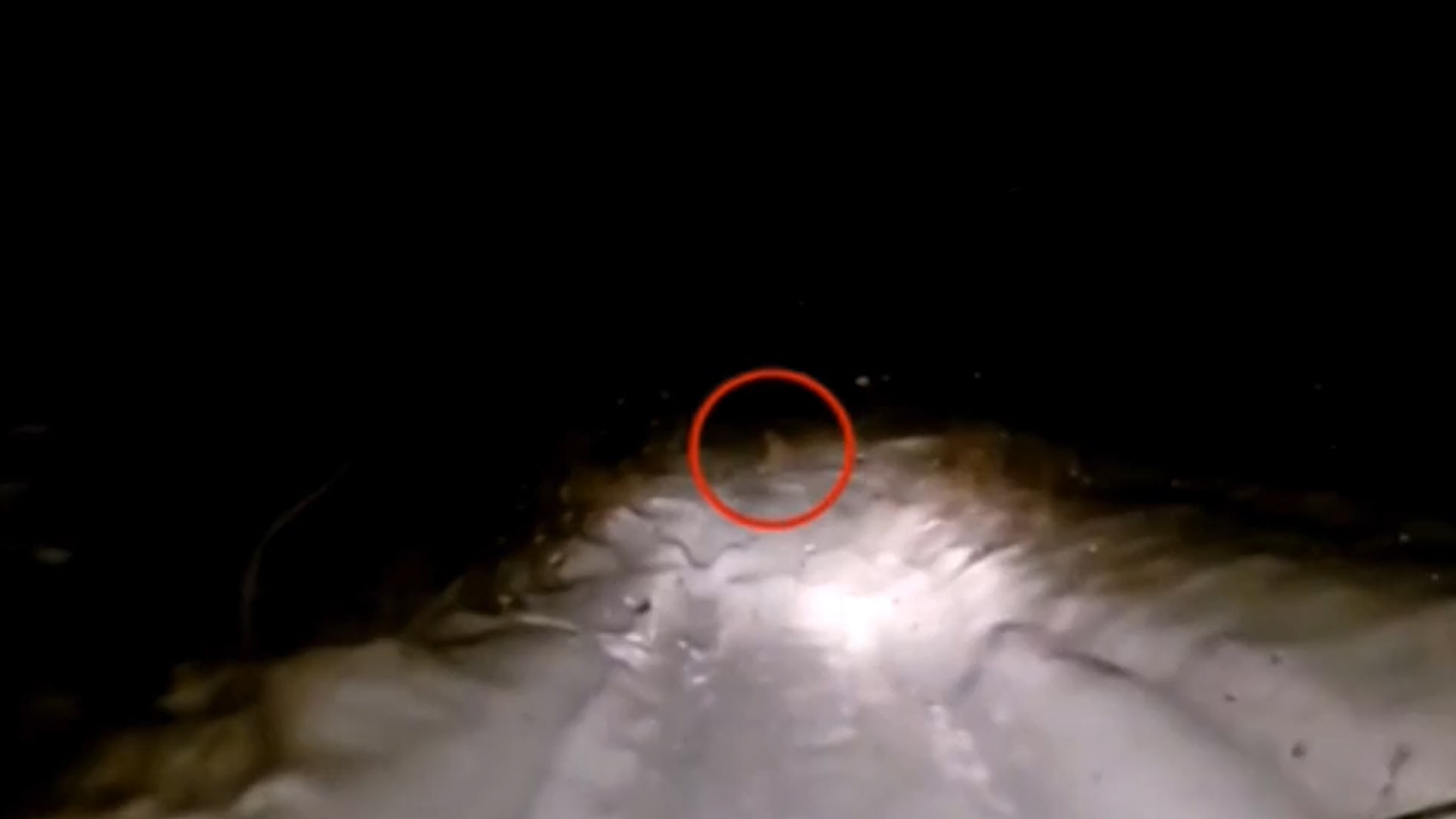 Can you see it Yeti? 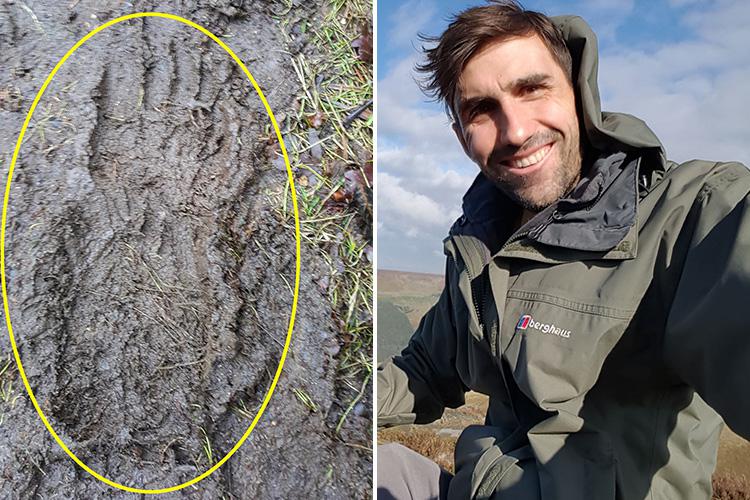 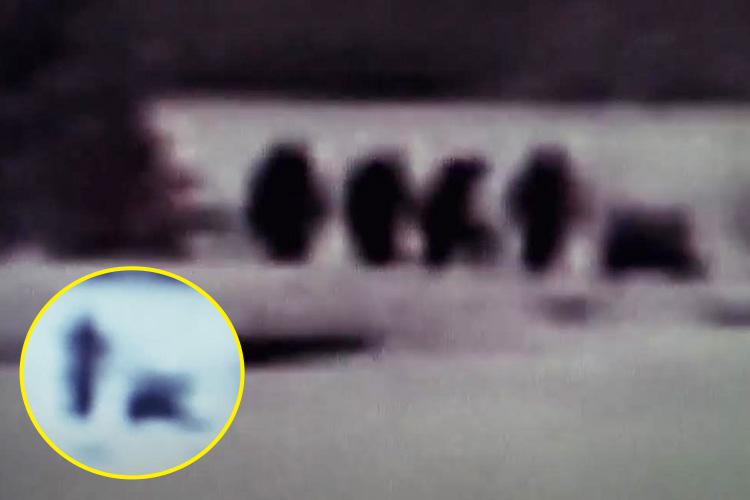 IS THIS A YETI FAMILY? 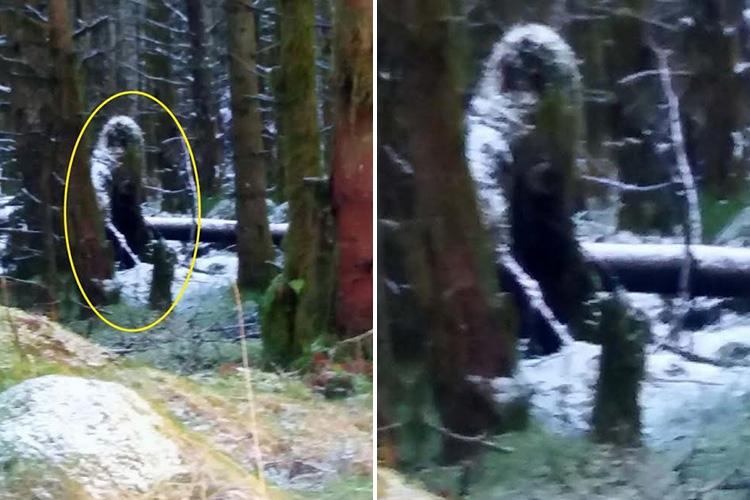 IS THIS BIGFOOT OVER EIRE?

Mum's eerie image captures 'Bigfoot'-like creature skulking through forest 'haunted by plane crash' – or is it just a few trees?

The footage was first uploaded to the video sharing site six years ago.

It has since resurfaced on social media site Reddit as members keenly discuss the world's most convincing sightings of Bigfoot.

One wrote: "Best part about this video is that the guy sounds genuinely scared. 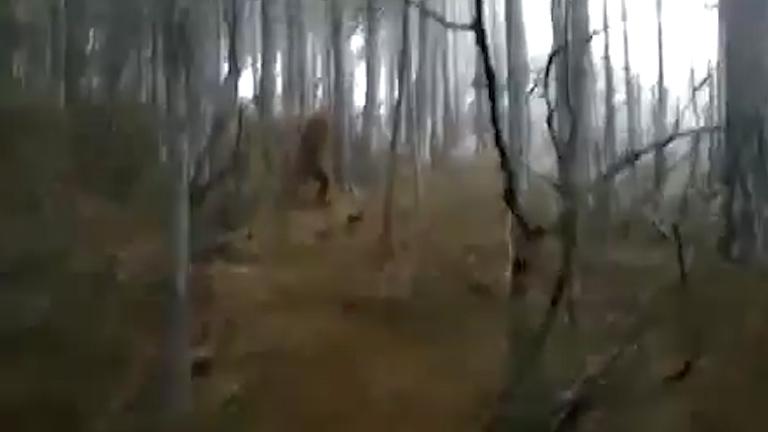 “Even if it is fake that's really good acting on that dude's part.”

One Bigfoot appreciation page on Facebook speculated the shadowy figure was a prankster who wore the outfit to scare locals.

It claimed a similar outfit to the one seen in the video was later found abandoned nearby.

Last month an eagle-eyed internet user claimed to have spotted a family of Yetis roaming through Yellowstone National Park, Wyoming.

At least six hulking, shadowy figures were filmed walking through the snow on the park's live internet stream.