D'anglo Smith, 21, was behind the wheel of a Seat Ibiza while a gunman took pot shots at a Renault Clio. 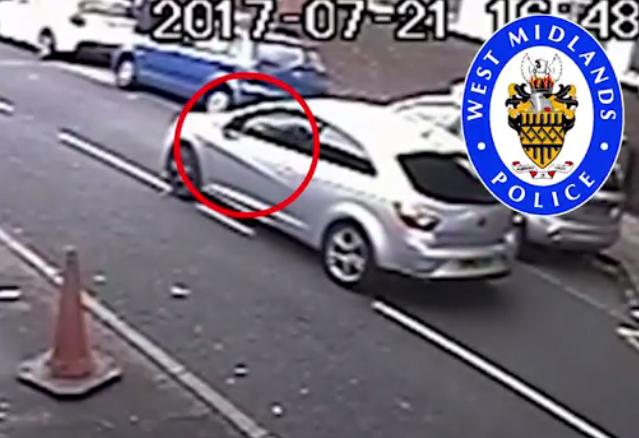 CCTV captured the moment Smith stopped his silver Seat car while his accomplice leant out the passenger window and fired at the Renault which was travelling in front.

Incredibly, the gunman accidentally misfired and the bullet ricocheted off the Seat's bonnet into Tew Park Road, Handsworth, Birmingham.

Moments later another CCTV clip showed another armed man in the blue Renault leaning out of the window and pointing a sawn-off shotgun at Smith's Seat.

The terrifying chase took place around the streets at 5pm on July 21 last year.

Detectives traced the Seat to Smith's partner and seized it two days later where they found a bullet hole in the wing.

Analysis of Smith's phone revealed text messages linking him to the shooting and showed he was in the area at the time of the shooting. 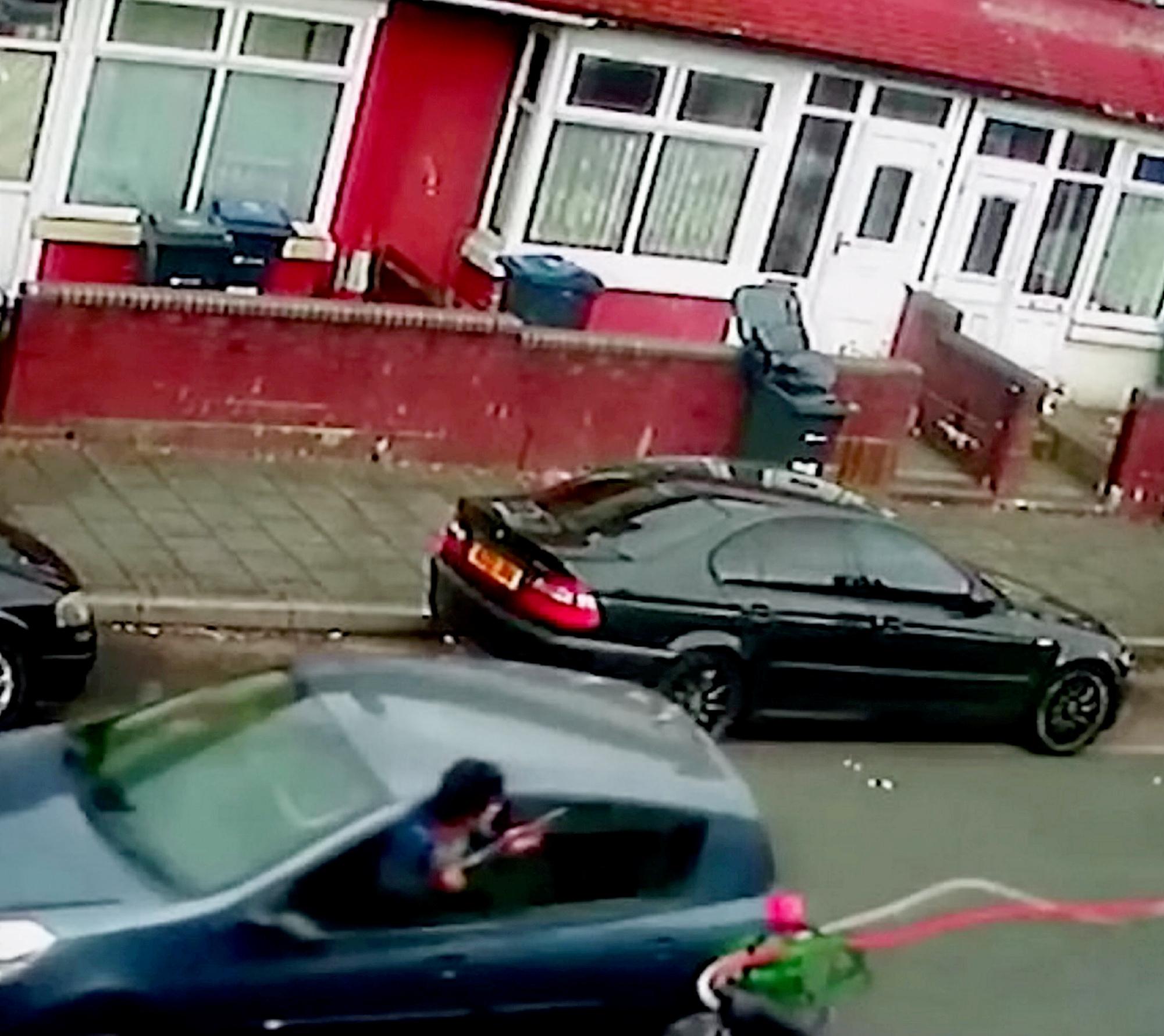 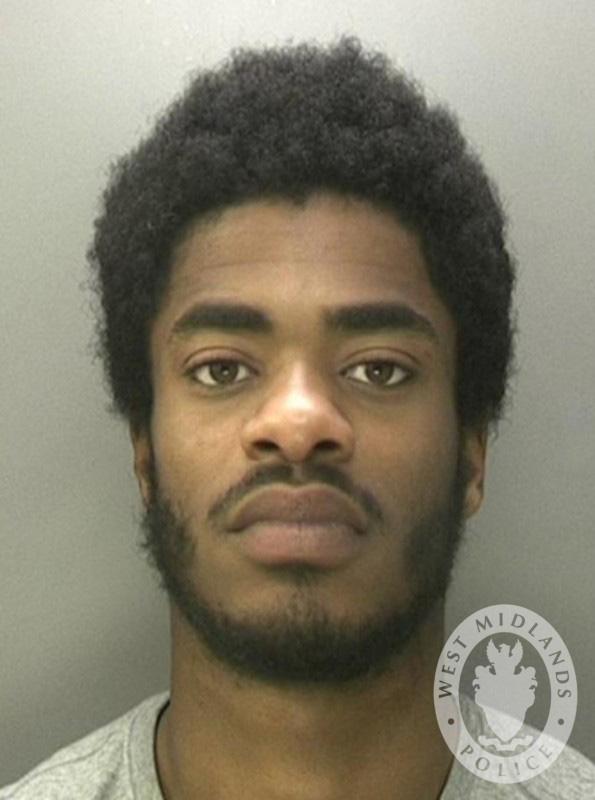 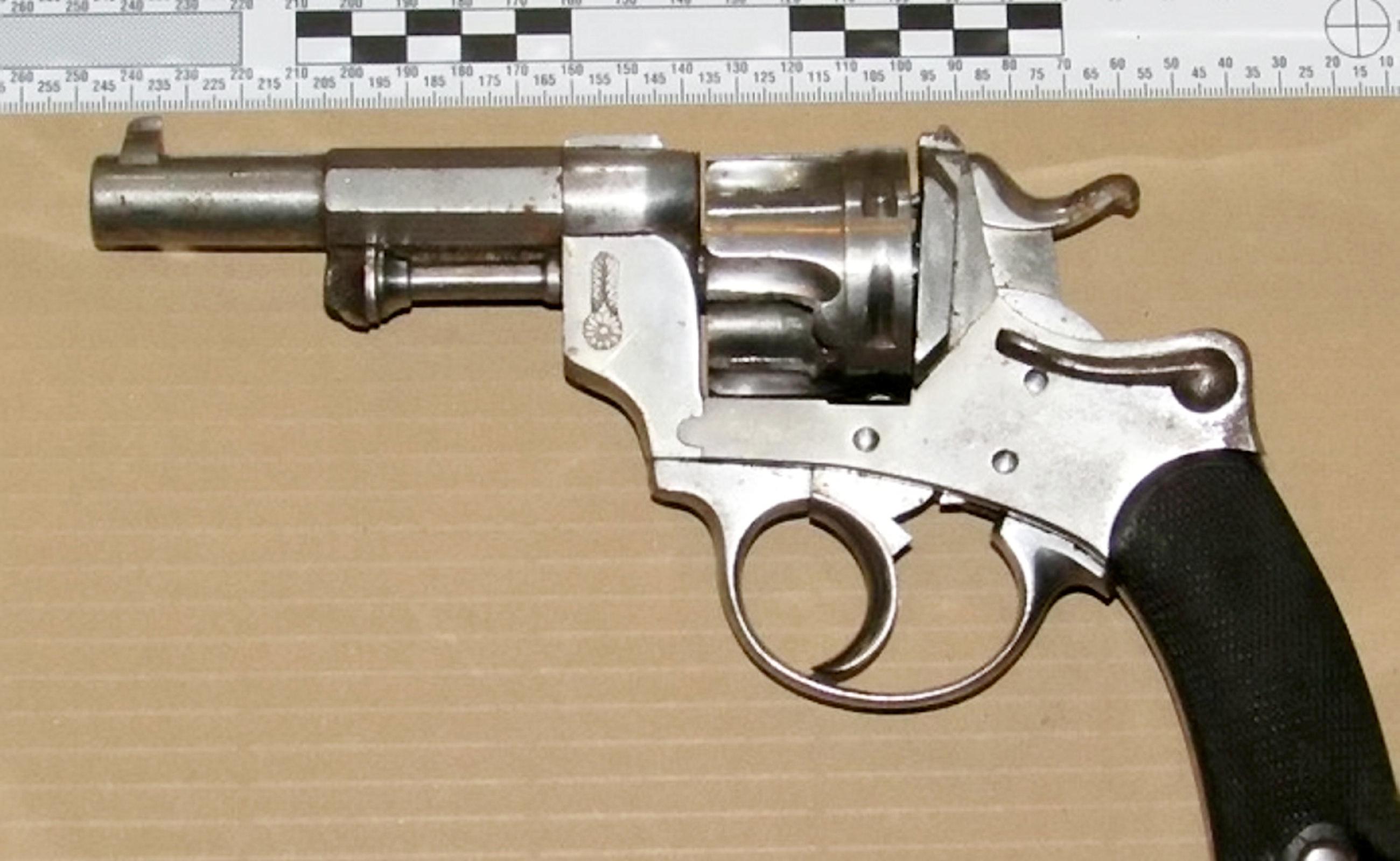 Smith was jailed for 25 years at Birmingham Crown Court on Friday and was told he will serve a minimum of 15 years behind bars.

He was found guilty of possessing an illegal gun with intent to endanger life and transferring a firearm and admitted drug offences.

He told the jury he'd offered the gunman, who has not been caught, a lift and was threatened at gunpoint to pursue the Renault.

Detective Constable Chris Bradley, from the Regional Organised Crime Unit (ROCU), said: "This was a hugely reckless act, firing a gun from a moving car.

"The gunman − who we're still looking to trace − ended up hitting the bonnet of the car he was travelling in and it is lucky no-one was hurt as it rebounded off.

"Smith claimed he was also a victim, that the passenger had pointed the gun at him and he had no idea the person was armed.

"However, the footage shows him driving at speed after the Clio, over traffic-calming humps, and generally in a way suggesting he was complicit in the attack and not himself a victim.

"I'm pleased he's been handed a lengthy jail sentence. We need to keep reiterating the message that anyone in possession of an illegal firearm runs the very real risk of spending many years behind bars."

Smith's girlfriend Bianca Ruddock, of Walsingham Drive in Nuneaton, Warks., was cleared of possessing a gun and drugs offences.