A family that spent tens of thousands of dollars of medical equipment throughout their son’s lifetime donated it all to people in need – families who knew all too well what it is like being in the Pantoja family’s shoes.

In May 2021, Itza Pantoja and her husband, Adrian, packed up a U-Haul with the equipment that was used to improve their son Dylan’s quality of life before he passed away in 2019 at 16 years old. 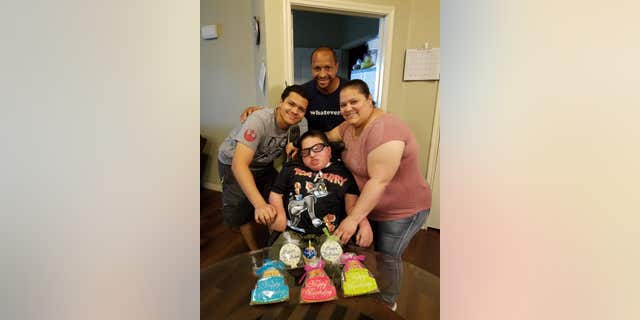 Itza Pantoja, her husband, Adrian, and their son Adrik alongside Dylan.
(Itza Pantoja)

They drove it from their home in San Antonio, Texas, to Chicago and hand-delivered it all to an organization called ASI, which provides home care services to post-acute patients, senior citizens and persons with disabilities throughout the Windy City, according to its website.

“Dylan would have loved for someone else to get it,” Pantoja told Fox News.

When he was born, Dylan was diagnosed with moderate hydrocephalus, which is a build-up of fluid in the brain, as well as a heart condition called pulmonary valve stenosis, Pantoja said. At the time, she had been studying to become a nurse but halted those plans in order to focus all her attention on Dylan.

Then, at 15 months old, Pantoja said her son lost all of his functions after suffering from a pulmonary cardio arrest. Throughout his life, he relied on a plethora of medical equipment including seven wheelchairs, an oxygen machine and a standing frame. The frame alone, Pantoja recalled, cost about $47,000.

Pantoja said the family had to pay out of pocket for a majority of the equipment. 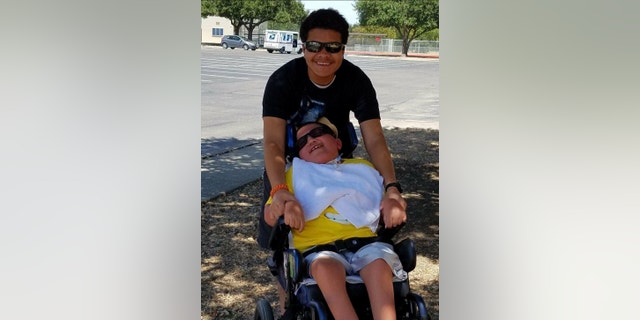 So, in order to cover some of the cost, Pantoja started selling baked goods to families at the hospital. Pantoja’s efforts began while they were living in Puerto Rico and continued when they moved to Texas in 2013.

“I also tutored kids in English or, you know, babysat kids while their parents were out just so that we can make ends meet,” she said.

After Dylan passed away, Pantoja donated some of the equipment to families in the area. The rest was packed into a garage, which was so full you couldn’t even open the door without something falling out, Pantoja said.

“But then the pandemic hit and nobody wanted to take anything,” she said. “And I was like, ‘What do I do with all this?’ You know, I didn’t want to throw it away because that’s like throwing away thousands and thousands” of dollars.

Pantoja said the family eventually got in contact with ASI, which said it would gladly take the supplies and that it had a handful of families who could greatly benefit.

Even before they even started their journey to Chicago on May 25, Pantoja said there were about five families awaiting their arrival.

The day provoked a ton of mixed emotions, Pantoja said.

Although it was a fulfilling moment because they knew the supplies weren’t going to waste, Pantoja explained that it was hard because it was her son’s equipment — equipment they had “suffered to get so that he could have [a better] quality of life.”

What’s more, Pantoja said she felt as though she relived her entire life with Dylan when she drove up to Chicago and met the Aguila family, whose son, Felipe, had similar medical conditions as Dylan.

Pantoja and Felipe’s mom, who now share a deep connection, embraced each other without a second’s thought.

“We hugged. We cried. We just couldn’t find words,” Pantoja said. “But when we looked at each other, we understood each other.”

“Sometimes she just needs to blow off some steam,” Pantoja said. “Yeah, I remember those days.”