A TEXAS park ranger was shoved into a lake after advising a group of people illegally smoking and drinking to social distance during the coronavirus pandemic. 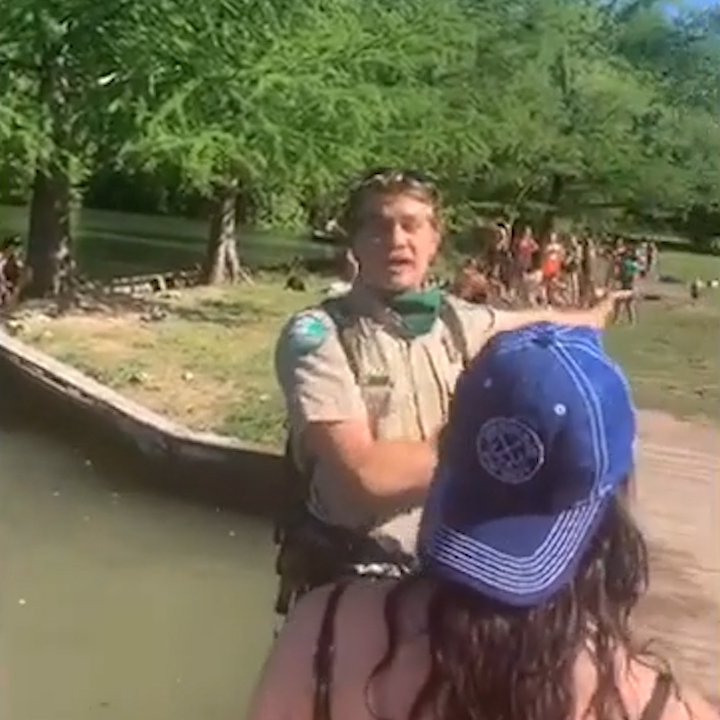 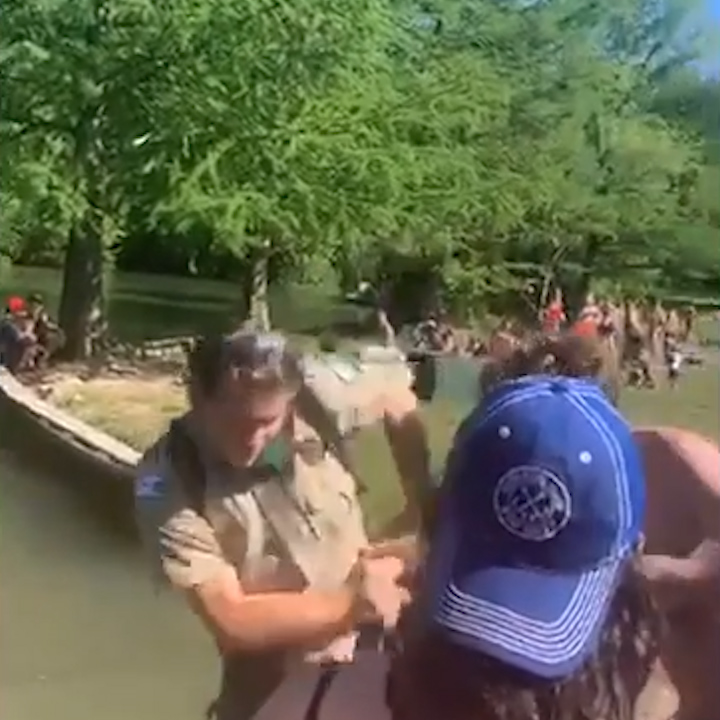 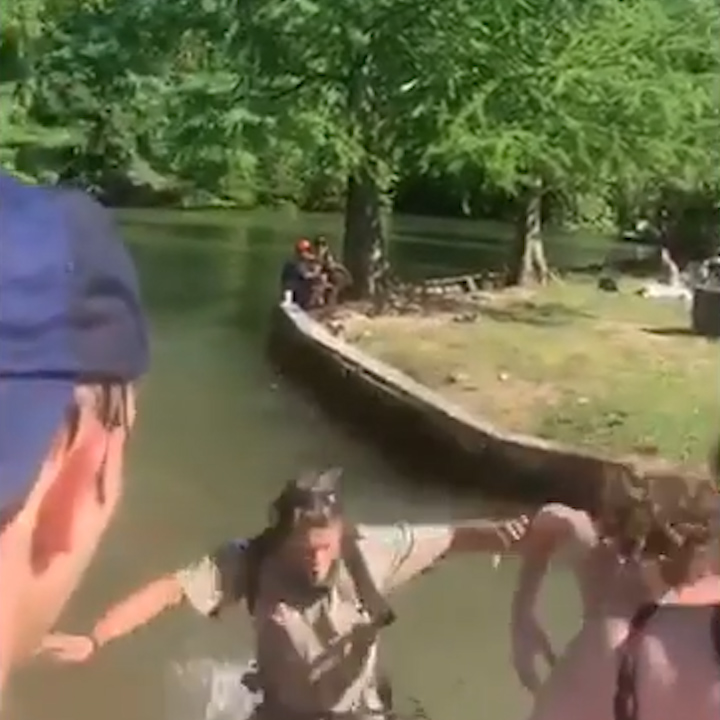 Cell phone footage captured the incident which happened around 5pm on April 30.

According to NBC News, the park ranger was identified in an Austin police report as Cassidy Zukeran Stillwell.

"Disperse yourselves. You're not engaging in that six feet of distance with each other," Stillwell is heard saying in the video, originally posted on Snapchat.

He reportedly told the crowd to social distance after they were seen smoking and drinking – something that is forbidden on the grounds.

"Will do … I got you man. I got you," people in the crowd said as Stillwell spoke. 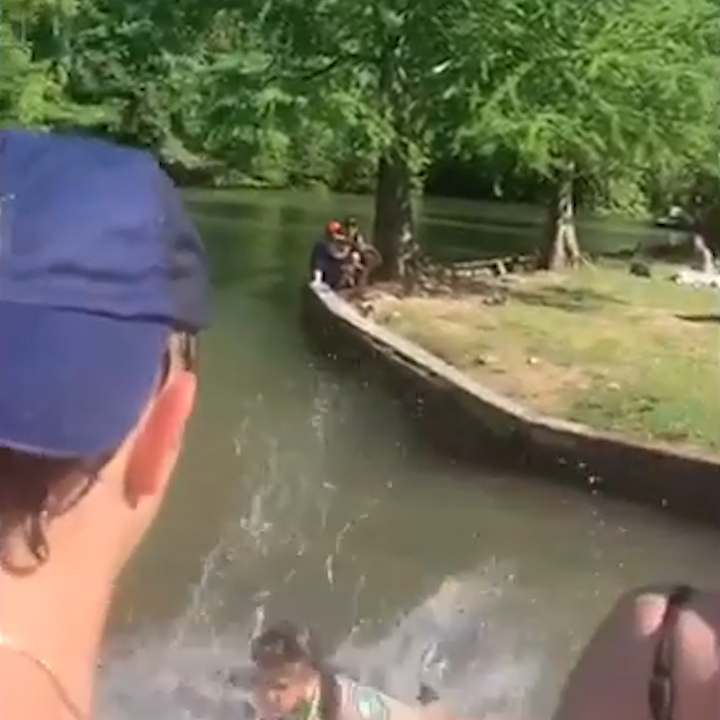 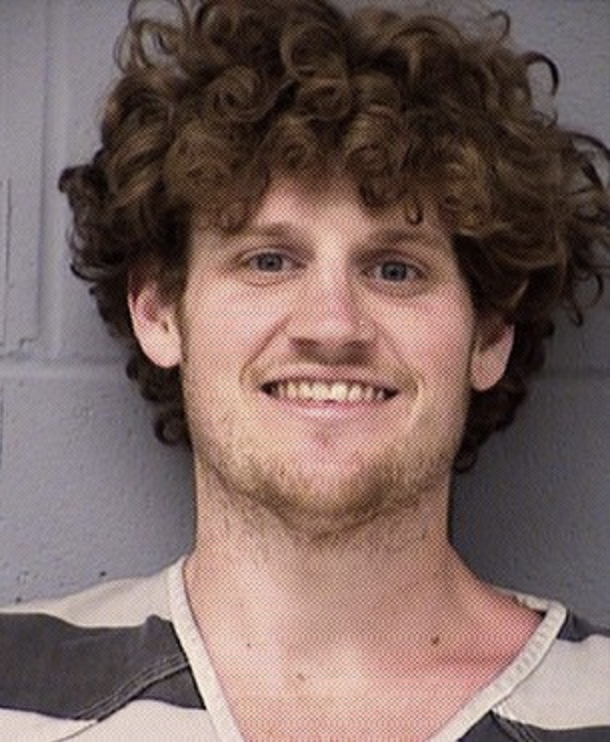 Seconds later, a man ran up to Stillwell and pushed him with one hand – causing both of them to fall in the water.

The suspect quickly climbed out and ran away.

Brandon James Hicks, 25, was accused of pushing the park ranger.

He was arrested by Austin police officer Justin Berry after witnesses pointed him out.

Officer Berry told the Statesmen News Network: "The patrons of the park actually came to the aid of the park ranger.

“Several people came up to the ranger and apologized for the guy’s behavior."

An arrest report, obtained by NBC affiliate KXAN, stated: “Brandon’s intentional and reckless action could have caused the Ranger to strike his head on the dock as he was falling.

"And render himself unconscious in at least 3feet of water where he could have drowned to death."

Hicks was charged with attempted assault on a public servant and was booked in the Travis County Jail, according to county records. 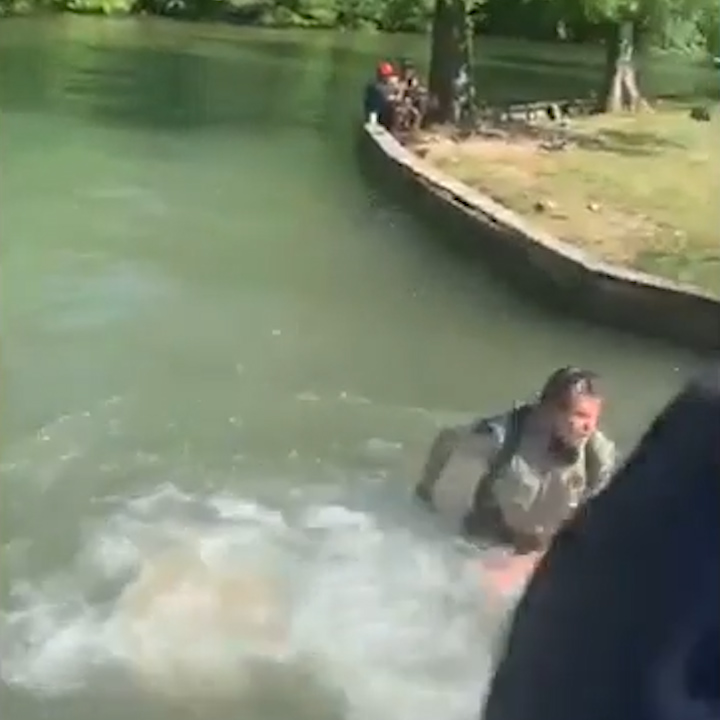