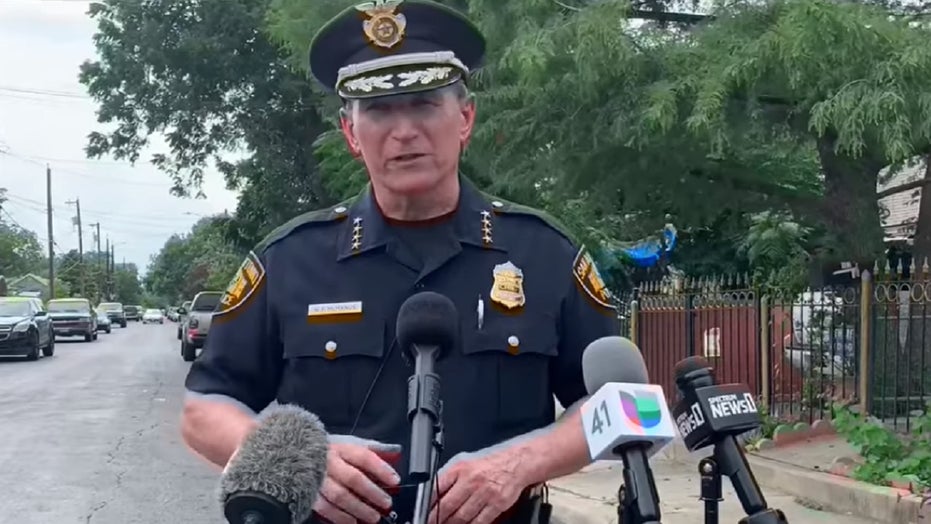 Police in San Antonio, Texas, fatally wounded a man who opened fire on them shortly after he allegedly shot at a local news team on Monday morning, officials said.

Police were responding to reports of shots fired at a TV crew on Noria Street near S. Navidad Street at around 11 a.m. Saturday when they spotted the unidentified suspect, San Antonio Police Chief William McManus said during a subsequent press conference. The shooter ran into a nearby house where he is believed to have known people.

Police were able to get the residents to safety, McManus said, and the suspect stayed inside before leaving through a back door and relocating to an air-conditioned shed on the property.

As officers moved in, the suspect allegedly “saw them at the screen door [and] started shooting at them,” McManus said. Five officers returned fire, ultimately fatally striking the gunman, he said.

The officers had been with the police force for anywhere from five to 18 years, McManus said. They have all been placed on administrative duty pending the district attorney’s review.

“We did not intend to engage the individual,” McManus said. “This was a plan to keep him locked out of the house, make it easier for us to apprehend him. But he saw the officers at the door, [and] started shooting at them through the door.

At the time on Saturday, the man, believed to be the same person, allegedly fired his gun into the air, McManus said. San Antonio Police Department deployed a covert crew to the area to watch the house, but they ultimately determined he was not there.

McManus said the suspect had a criminal history, but did not provide specific details.