Breanna Lindsey was driving home from class at Texas Southern University two weeks ago when she got a call from her voice coach.

Could she be ready by Sept. 12 to sing the national anthem in front of thousands at the Democratic debate?

“Then I screamed and had to pull over,” Lindsey told ABC News just moments after she performed.

Lindsey, a 20-year-old junior at the Houston school, majoring in music education, received raucous applause with her rendition of the national anthem.

She has been singing since she was 4 years old, and while she always felt she’d make it big at one point, she didn’t expect it in this way. 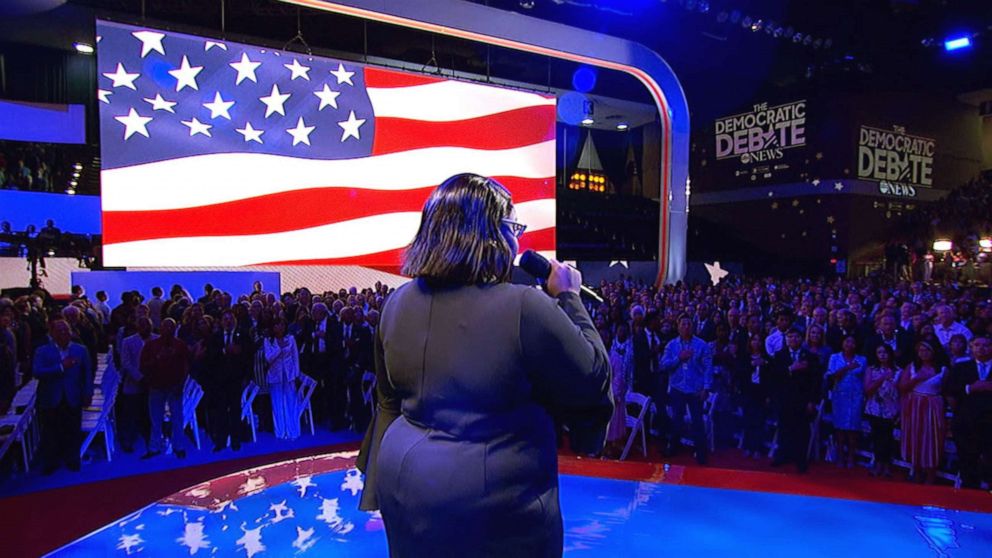 “I’ve never performed in front of no more than 300 people so to have thousands and thousands, it’s truly a privilege. It’s a blessing and I’m honored,” Lindsey said.

She said she was confident in her performance, and felt even better after seeing the audience’s reaction.

“I feel really good. I was a little nervous but once I got up there, I totally forgot about everything that I had felt prior and it was just me and the stage,” she said.

“I try to just go on what energy the audience is giving me. … That’s why you saw me smiling so much, because the audience was giving me so much,” Lindsey added.

With her performance done, she said she looking forward to enjoying the debate and hearing what the candidates had to say, especially on gun reform and police brutality.

“I’m hoping to hear some positivity and a good direction as to where we’re going in this country,” Lindsey said.

Former Texas Congressman Beto O’Rourke and Sen. Bernie Sanders, I-Vt., are the two she’s most excited about, but she admitted it was exciting to be so close to all the candidates.

“I’m humbled to be a part of something so big, and to be so close to possibly one of the presidents of the United States,” she said.