Tiny thatched cottage which is smaller than a school bus with just 258sq ft of floor space but once housed a family of EIGHT goes on sale for £140,000

One of Britain’s smallest detached houses, just twelve feet in diameter, has been put on the market for £140,000.

The Round House was originally built in the late 18th Century and was originally used as a toll house for travellers on their way to the West Country.

Across two storeys it has just 258 square feet of floor space, making it smaller than a school bus or train carriage. 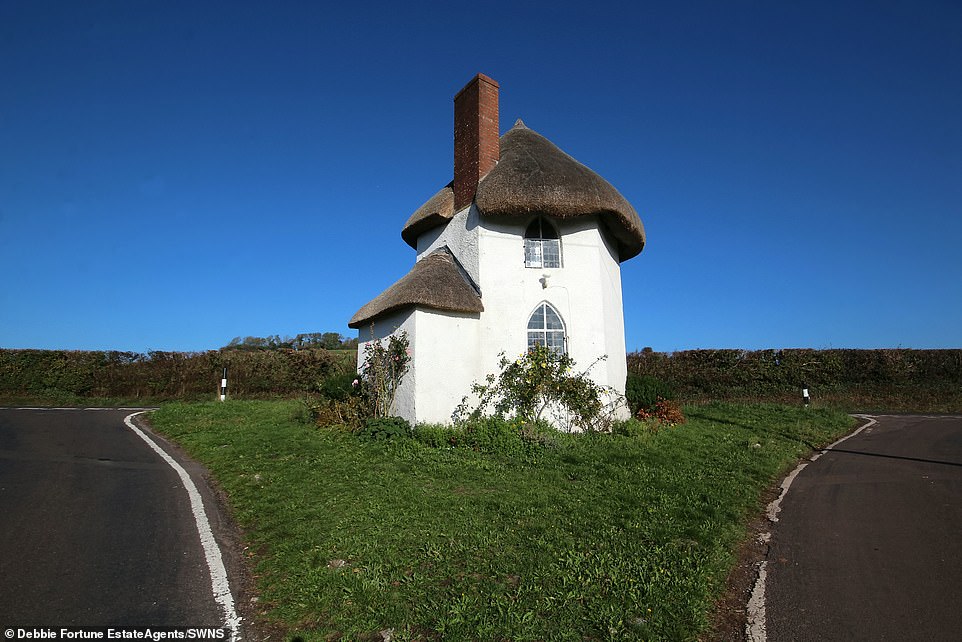 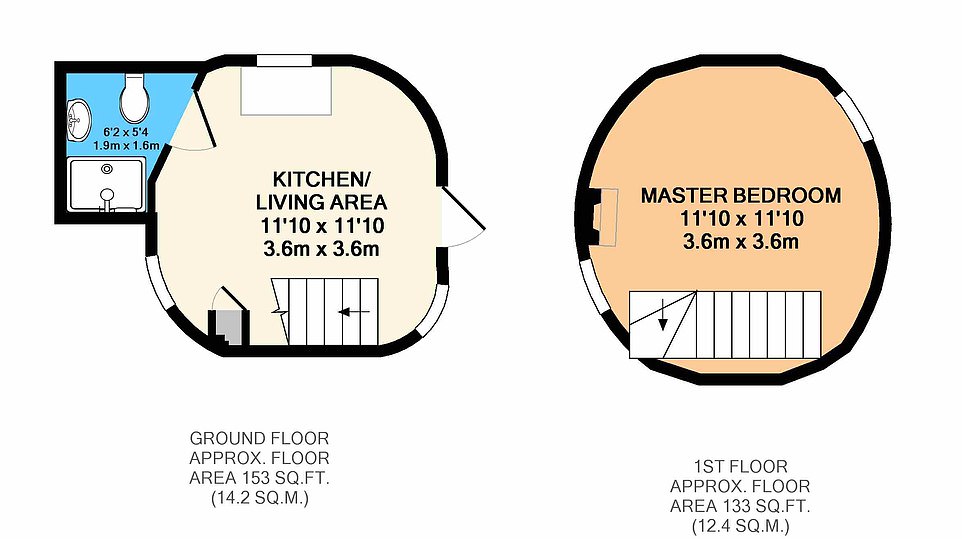 On the ground floor of the picturesque, mushroom-shaped thatched cottage is a kitchen and living area along with the shower and toilet. Upstairs is the solitary bedroom.

The Grade II listed property, built in 1793, is described as ‘small in stature but beaming in character’, and located in Stanton Drew, near Bristol.

Legend has it a family of eight once lived in The Round House with children having their bunk beds built in among the roof rafters.

And on an old hook a money pouch used to hang over the front door of the property, in which passing coach drivers would leave money to pay the toll to use the road.

The hexagonal home was used as a working building until around 1870 where it then became a residential dwelling. 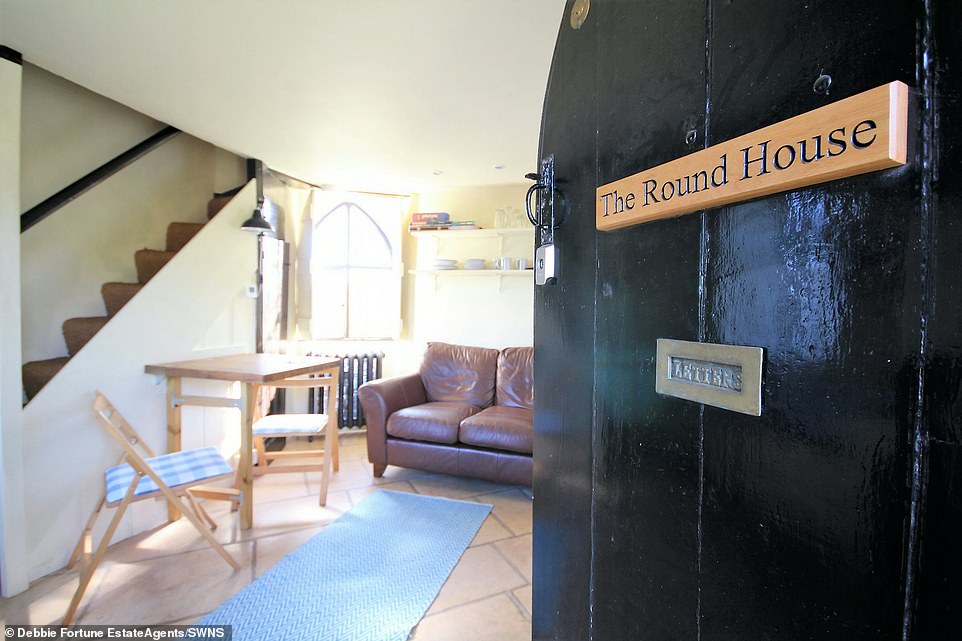 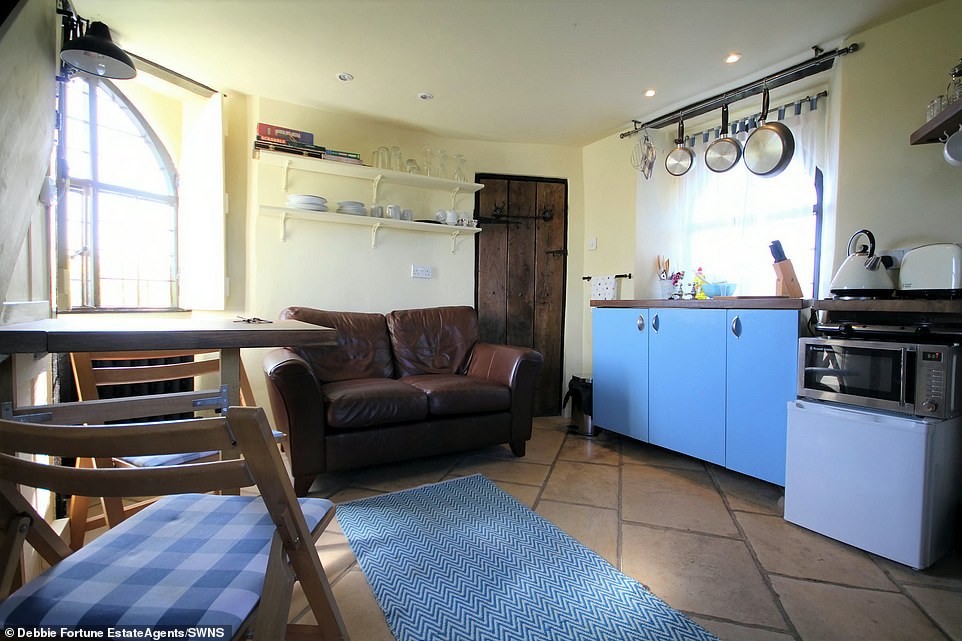 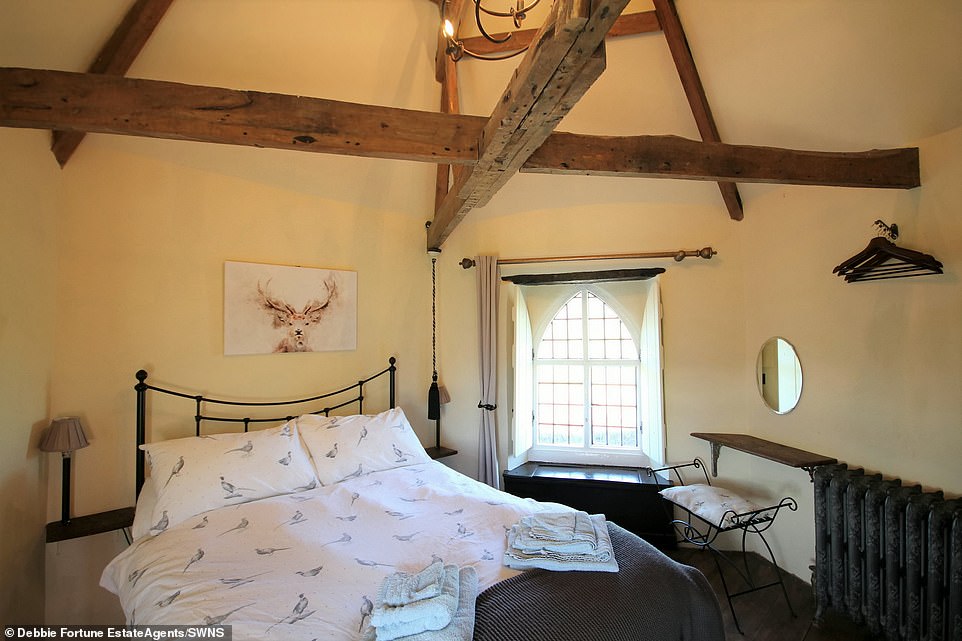 It sits on a small triangular plot between two roads and has now been put on the market with Debbie Fortune Estate Agents for £140,000.

George Worle, a valuer at Debbie Fortune Estate Agents, said: ‘It is certainly the smallest house we’ve marketed. It is a lovely, quirky property and smaller than a double decker bus.

‘It was used as a toll house and at one stage there were apparently eight people living in there.

‘It is currently being used as a holiday cottage and the owner is getting up to £450 per week for it and I can see it being bought by an investor who will use it as an AirBNB with Bristol Airport so near.’

If the house is bought by a first time buyer it will be exempt from Stamp Duty, otherwise it will incur a £300 tax bill.