In the wild west, sheriffs pinned up “wanted” posters in saloons to catch an outlaw. These days, law enforcement relies on Facebook to help identify a suspect.

But what happens when someone is falsely accused of a crime online and wants to restore their reputation? 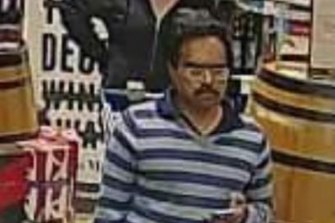 An image from the Victoria Police Facebook post which Dr Prassanan Ponganamparambile is taking legal action over. Credit:

That’s the question at the centre of two court cases unfolding in Victoria which will test how police use social media to publish photographs of alleged offenders to track them down.

In one case, Melbourne doctor Prasannan Ponganamparambile believes he was defamed when Victoria Police uploaded a CCTV still of him to Facebook along with the words “ID REQUIRED – THEFT IN PAKENHAM”.

Dr Ponganamparambile claims he was wrongfully accused after he bought a bottle of rum from a Dan Murphy’s store and then walked back in to check the price with the cashier.

He is taking action against the state of Victoria in the County Court, claiming that the post on the Cardinia Eyewatch Facebook page on May 15, 2020 identified him as a thief and a criminal.

Victoria Police recently lodged its defence in the defamation case, stating that the post was published as “part of the process of investigating a crime or possible crime with a view to prosecution”.

Lawyers from the Victorian Government Solicitor’s Office cited legislation which provides Victoria Police privilege against defaming people in crime reports that seek information from the public.

A key part of that defence, however, is that it does not apply if Dr Ponganamparambile made a request for a “reasonable letter or statement” to correct the crime report.

Dr Ponganamparambile’s lawyers have stated that this took place when a letter was sent to Victoria Police on August 10 last year. 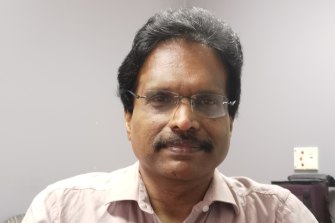 However, Victoria Police said in its reply that the letter was not “reasonable” and that no damages should be paid. A truth defence for two of the defamatory imputations was also put forward by Victoria Police.

“At the time of the publication, it was reasonably suspected by Victoria Police that the Plaintiff had committed a theft,” the writ states.

In another case listed for trial in the County Court later this year, amateur bodybuilder George Agrofylakos is suing Crime Stoppers over a Facebook post that he says wrongfully accused him of a “dine and dash” theft.

Mr Agrofylakos was captured on CCTV leaving a Southbank restaurant on December 29, 2018 along with three other men, with the images later used to try and identify them.

“Police are seeking the identity of four men who left a Southbank Restaurant without making an attempt to pay their bill totalling over $400.”

Mr Agrofylakos said the post and comments from other users reacting to the photos were factually incorrect, defamatory and that no effort had been made to check if the allegations were true.

He said the post and comments held him up to be in ridicule and contempt.

“Ha ha caught on camera ya germs. Turn yourselves in you bottom feeders!,” wrote one commenter, as detailed in the writ. 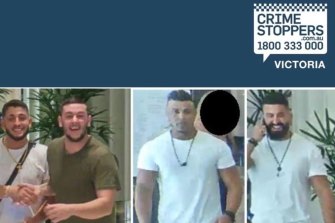 “Just a bunch of thieves hope someone dobs them in,” said another.

Crime Stoppers denied the post and comments were defamatory, stating that it would rely on a defence of qualified privilege, which requires that the publication is reasonable in the circumstances.

A defence lodged in court by Crime Stoppers also stated that the public was allowed to post comments on its Facebook page as they may assist in the identification and apprehension of offenders.

As an alternative, Crime Stoppers also plans to rely on the same defence as Victoria Police in its case against Dr Ponganamparambile: that crime reports seeking information are privileged against defamation.

However, like in that case, Mr Agrofylakos stated in his writ that Crime Stoppers had failed to publish any retraction or apology.

Both Dr Ponganamparambile and Mr Agrofylakos are seeking aggravated damages.