The man who fooled Hollywood: How Malaysian fraudster who rubbed shoulders with DiCaprio and partied with Paris Hilton on his $250m yacht vanished after ‘running a multi-billion dollar money laundering scheme’

That was the life of Malaysian financier Jho Low, a pretend billionaire who fooled celebrities into thinking he was one of the richest men in the world.

Low, 38, was an expert at cultivating his image, surrounding himself with stars who were attracted to his $250million superyacht and famous parties.

But it all came crashing down when Low was accused of helping run a multi-billion-dollar money laundering scheme with his own prime minister. 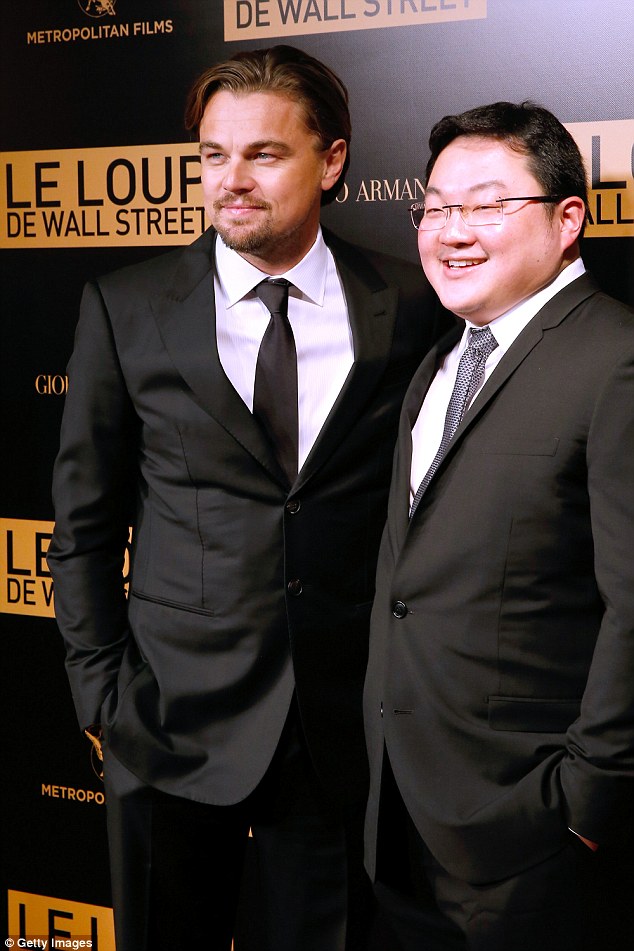 Malyasian financier Jho Low was a pretend billionaire who fooled celebrities like Leonardo DiCaprio into believing he was one of the richest men in the world, according to a new book 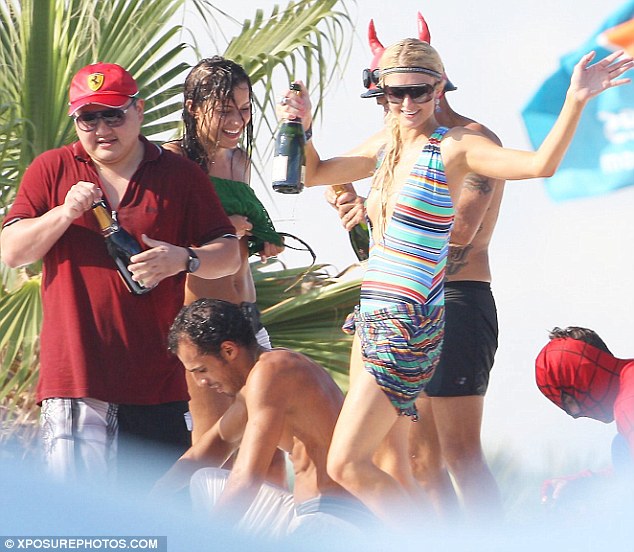 It seems that Low’s path was decided from birth. He grew up wealthy, with millionaire parents and a mansion to call home.

His father, known as a petty fraudster in Malaysia, was famous for his over-the-top parties – one of which included models who were specially flown in from Sweden.

Low began to master the art of cultivating his image from a young age, wanting so badly to fit in with the billionaire class that he aspired to be a part of one day.

He rubbed shoulders with Asian and Middle Eastern royalty at the elite Harrow School in London, and did everything he could to impress his new friends.

Once, as a teen, he borrowed a yacht from his father’s friend and filled it with pictures of his family instead to convince his classmates that it was his own.

But even in those early days Low was learning the art of the fraud, according to Tom Wright and Bradley Hope. 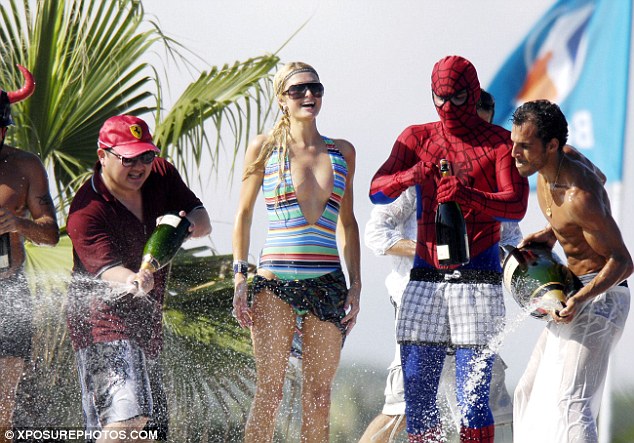 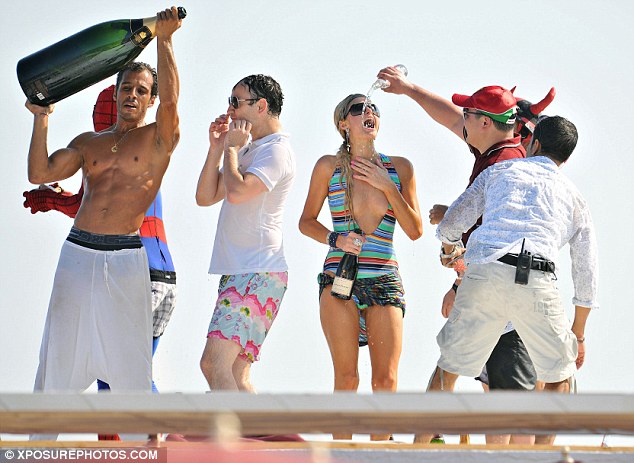 Low began to master the art of cultivating his image from a young age, wanting so badly to fit in with the billionaire class that he aspired to be a part of one day 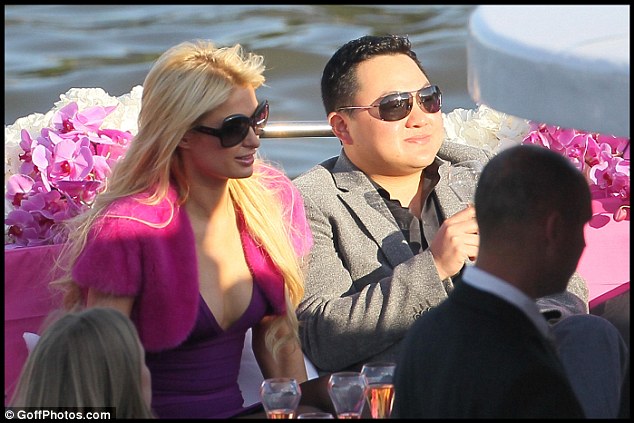 Low soon fit himself in with the one percent and became known as a ‘whale’, the term used by casinos and clubs to identify big spenders

The journalists, who have written a new book on Low, cited one instance in which he threw a huge party at a club while attending the prestigious Wharton School at the University of Pennsylvania.

‘Unbeknownst to attendees he stiffed the owner on the bill for months and only paid a fraction of the total in the end,’ Hope told Vice News.

‘Giving the impression that he was rich and could make you rich and that he had a lot of rich friends was a critical component of Jho’s whole way of doing business,’ he added.

‘We see him as the ultimate stage manager: He would think everything out, down to the types of flowers on the tables and which drink glasses would be available.’

Low soon fit himself in with the one percent and became known as a ‘whale’, the term used by casinos and clubs to identify big spenders.

He was known to drop hundreds of thousands of dollars, if not millions, on parties attended by Lohan and Hilton. 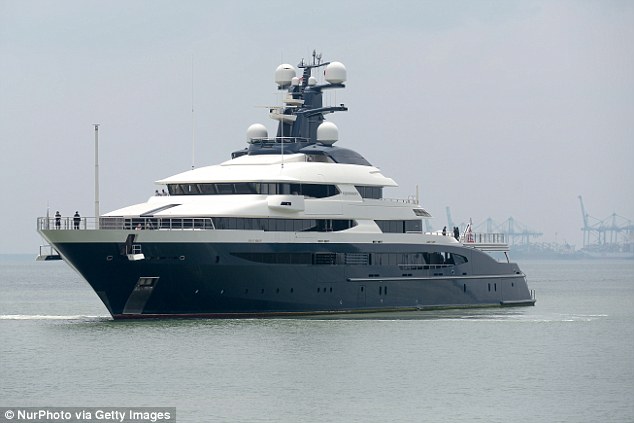 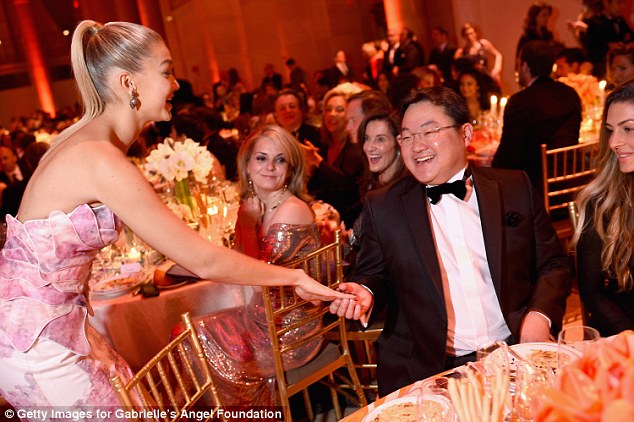 Low (pictured at the Angel Ball in 2014) was known to drop hundreds of thousands of dollars, if not millions, on parties attended by the stars

In addition to his yacht, Low bought a $35million private jet and paintings by Jean-Michel Basquiat, Monet and van Gogh.

With so much money flowing around him, celebrities were quickly drawn into Low’s world. Even the likes of DiCaprio couldn’t resist Low and his $400million promise to help finance The Wolf of Wall Street.

‘The world of the 0.1 percent is extremely small,’ Wright said. ‘Once Low was in it, he was able to move from one person to the next.’

‘In fact, he was one of the most skillful networkers the world has ever seen. He would size up someone’s use to him and leverage it.’

‘He used his friendships with Hollywood stars to entice Arab businessmen into deals. When they saw Kate Upton on a boat, they were hooked by Low.’ 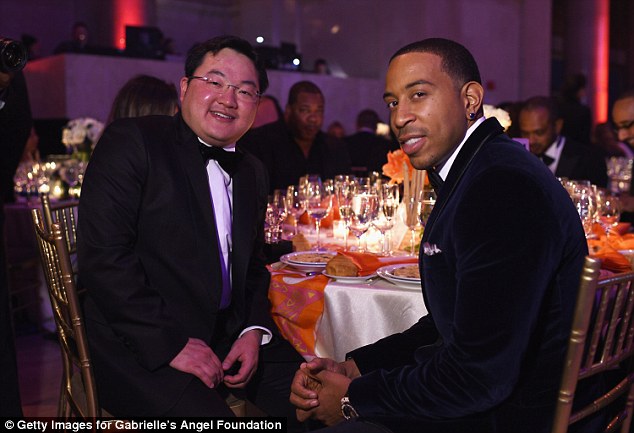 In addition to his yacht, Low bought a $35million private jet and paintings by Jean-Michel Basquiat, Monet and van Gogh. He is pictured here with Ludacris at the Angel Ball in 2014 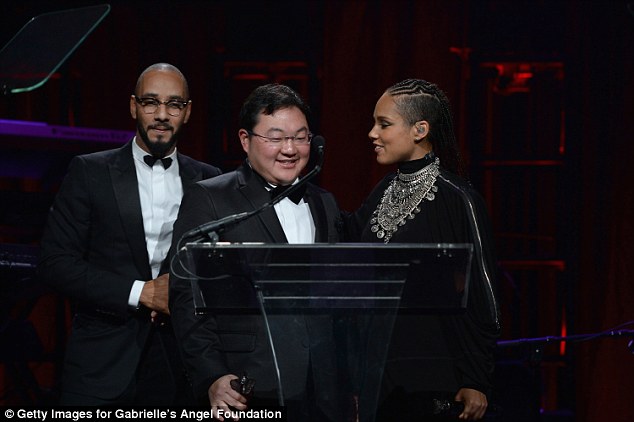 With so much money flowing around him, celebrities were quickly drawn into Low’s world. He is pictured here at the Angel ball with Swizz Beatz and Alicia Keys

It was this glittering image that Low presented – a life full of celebrities and yachts – that helped him continue to get into deals with the world’s richest men.

‘Many of his friends in the Middle East were excited to be involved in deals, but they also loved the lifestyle of being around Jho,’ said Hope.

‘Especially the celebrities and supermodels.’

But everything about Low’s life changed when he was accused of draining billions of dollars from the state-owned Malaysian investment fund known 1MDB.

Low, who is currently in hiding, is facing eight charges of money laundering and a warrant has been issued for his arrest.

Authorities are especially interested in Low’s ties to former Malaysian prime minister Najib Razak, who ruled the country for a decade.

Investigations into 1MDB were reopened after Prime Minister Mahathir Mohamad returned to power in a stunning election victory in May, ending Najib’s reign. 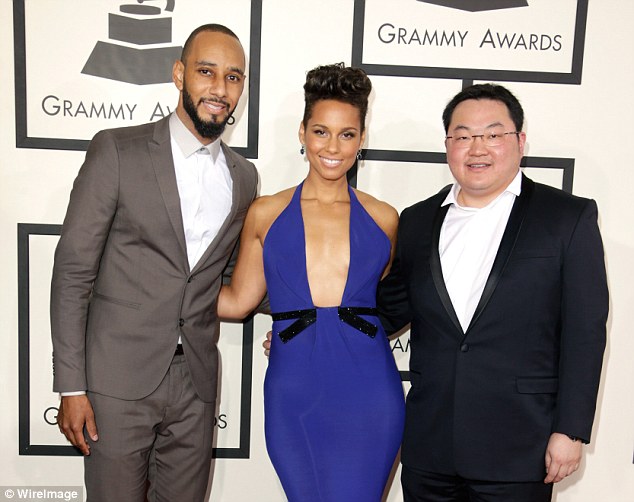 Najib, who has denied wrongdoing, was charged for money laundering and abuse of power in connection with funds transferred from a former unit of 1MDB in July.

The DOJ says over $4.5billion was misappropriated from 1MDB, with some of the money being used to buy a private jet, a superyacht, Picasso paintings, jewelry and real estate.

Authorities have seized Low’s $250million superyacht and attempts are also under way to impound his $35million private jet.

It is believed that Low is hiding out in China, moving between Macau, Hong Kong, and Shenzhen and staying in apartments and Marriott hotels.

Wright said Low recently tried to buy a boat to moor at the Royal Hong Kong Yacht Club, which could be a ‘last-ditch escape route’.

Maylasia’s government says it is negotiating with China to extradite Low, but it may not be as simple as that. 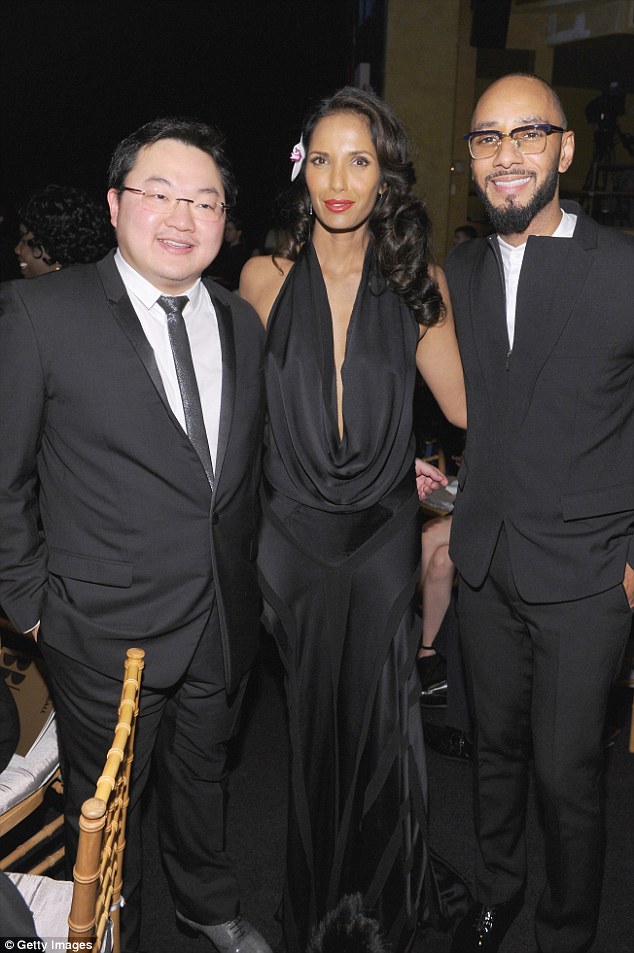 Low, who is currently in hiding, is facing eight charges of money laundering and a warrant has been issued for his arrest. He is pictured here with Padma Lakshmi and Swizz Beats in 2013

Wright may be ‘protected by China’, according to Wright.

‘Low helped negotiate a number of dodgy infrastructure deals last year between China and Malaysia, from which money was allegedly stolen,’ he continued.

‘The idea seems to have been to use the cash to fill holes in Low’s scheme and to pay off unknown enablers in China.’

Malaysia has since canceled the infrastructure projects since Mohamed returned to power.

‘But Beijing could be worried that Low knows too much about some senior Chinese officials,’ Wright added.

‘And that’s why he’s been able to remain there incognito.’

As for Low, he has continued to maintain his innocence despite going into hiding and has even set up a website to defend himself.

In a statement his lawyer said Low is ‘confident he will be vindicated’.

‘Mr Low and his lawyers request that the public keep an open mind until all of the evidence comes to light,’ the statement reads.

‘This has been a case of “trial-by-media” from the start, and unfortunately, the circus continues.’