The nouveau head of Nato? Dreamez on Madame May, say the French after Boris Johnson’s ‘donnez-moi un break’ spat with Emmanuel Macron

Theresa May’s chances of landing a plum job have been torpedoed – by a row over submarines.

The former Prime Minister was cited as Britain’s likely candidate to be the next Nato Secretary-General, but seething French MPs say she has ‘no hope’ following the AUKUS defence pact signed by Britain, the US and Australia.

The deal resulted in Australia tearing up a multi-billion-pound French submarine contract in the process.

Boris Johnson last week told France to get a grip and ‘donnez-moi un break’ over the issue, but France’s foreign minister said the pact was a ‘rupture of trust in alliances’ and Paris recalled its ambassadors from the US and Australia. 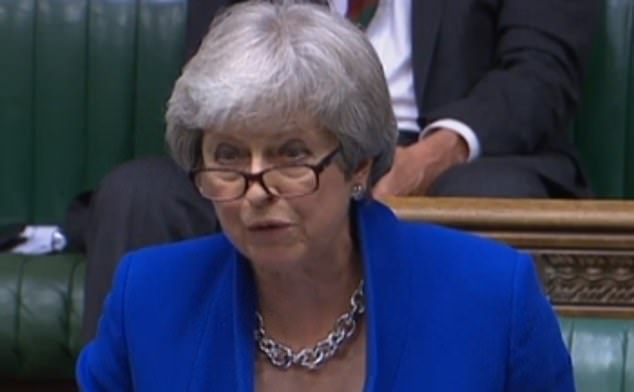 The former Prime Minister was cited as Britain’s likely candidate to be the next Nato Secretary-General,

Insiders say a bid by Mrs May will be futile because France holds one of the four deciding Nato votes, alongside the United States, the UK and Germany.

A source familiar with the process said there was ‘no way’ France would endorse a British candidate after the country’s role in the spat with French President Emmanuel Macron. Last night MPs from all groupings in France’s National Assembly agreed that Mrs May’s candidacy was doomed.

‘Anybody from Britain would have trouble winning French support right now, but especially someone so closely aligned to the Boris Johnson administration,’ said a senior member of Macron’s LREM party.

‘Madame May did not make much of an impact here when she was in power, so why would anybody support her now?’ 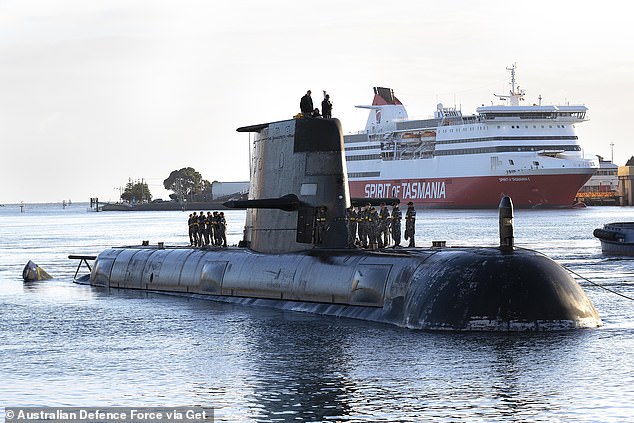 A senior Conservative MP said France would block Britain’s Nato candidate, adding: ‘The French will do their very best to kick us. They are very p***ed off.’

The current Secretary-General, Jens Stoltenberg, is due to stand down next year, and it is understood Mrs May has privately said she is keen on the role.

A French Socialist Party MP told The Mail on Sunday: ‘Everybody can see that Britain just wants to carry on being America’s poodle. There are much better candidates from other countries, including ones that respect their allies.’