Pope Francis has criticised anti-lockdown protesters and those who complain about restrictive measures during the coronavirus pandemic, accusing them of being selfish.

The Pope said there has been an increase in those who have thought only of themselves and argued there must be change.

It comes as hundreds of protesters in Italy and Spain clashed with police on Friday over new coronavirus measures to curb the spread of the virus amid a rising second wave of infections.

The pontiff said there is still hope as there are those who instead take ‘responsibility towards others and look for a solution so no one is left behind’.

He argued the pandemic has brought organisational and developmental models into ‘crisis’ and claimed it has exposed ‘many injustices, the troubling silence and social and health failures’. 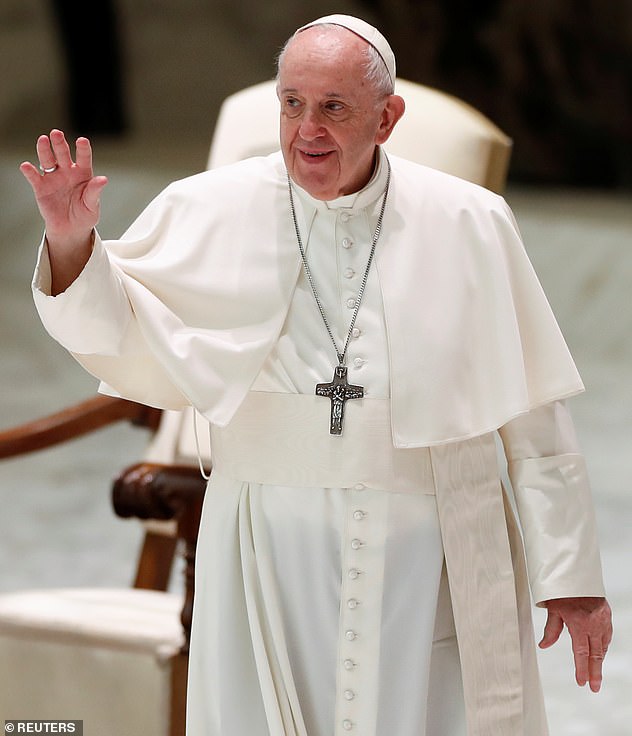 The Pope criticised anti-lockdown protesters, accusing them of being selfish. Above, Pope Francis waves to the the faithful from a distance during his weekly General Audience at Paul VI Hall in Vatican City on October 14

Countries attempting to salvage their economies risk ‘forgetting that an authentic development must promote all people and human as a whole’, he said.

“We do not come out of the crisis the same; we can get better or worse, but never the same,” the Pope told Politika.

The 83-year-old added: “Crises have the ability to exacerbate existing injustices to which we were accustomed and which we could unconsciously justify; but they can highlight best practices and reactions among us.”

“On the one hand, we have authentic ‘urban heroes’ armed with solidarity and quiet, concrete and everyday commitment, the ones who take responsibility towards others and look for concrete solutions so that no one is left behind.” 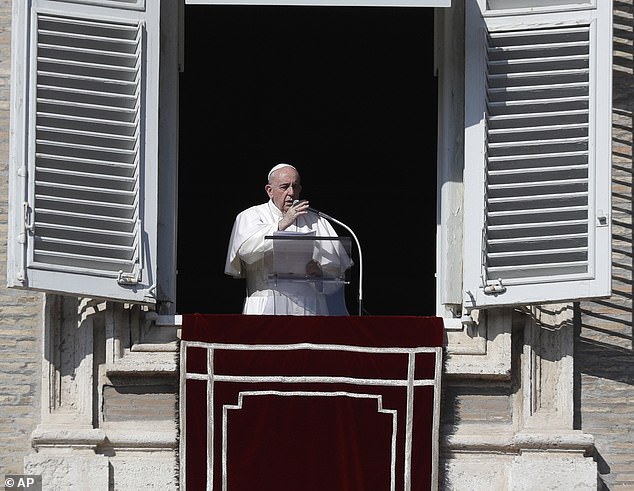 The 83-year-old said we need to ‘change’ and take responsibility for others. Above, Pope Francis delivers the Angelus noon prayer in St. Peter’s Square at the Vatican on November 1

Condemning anti-lockdown protesters, Pope Francis said: “On the other hand, we have an increase in numbers of those who mercilessly profited from the misfortune of others, those who think only about themselves, who protested or complained about certain restrictive measures, unable to accept that not everyone has the same abilities and resources to face the pandemic.”

He continued: “We need change.

“The pandemic brought our organisational and developmental models into crisis; it has exposed many injustices, the troubling silence and social and health failures, subjecting a great number of our brothers to the processes of social exclusion and degradation.”