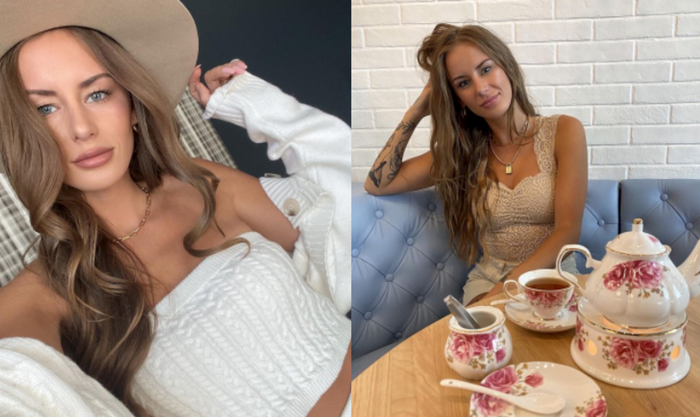 One of the men who discovered the body of Alexis Sharkey on November 28, said he can't stop thinking about the moment he saw the deceased 26-year-old on the side of the road in Houston.

"It plays back in my head," John Richardson, who works for the City of Houston Solid Waste, told local outlet KHOU. "It's been playing back in my head every day."

Richardson told KHOU that an employee he supervised called him that morning, the Saturday after Thanksgiving, saying that he wasn't sure what he was looking at. "He said he thought he'd saw a body or a mannequin," Richardson said. Richardson went to the address that his employee relayed, and "there it was," he said, referring to Sharkey's dead body, which authorities said was found naked and without visible wounds.

"She was laying there deceased, no clothes on. I just got on the phone, and I called 911," Richardson said.

Sharkey, whose legal name was Alexis Robinault but used her husband's last name professionally, was a budding Instagram influencer with roughly 20,000 followers at the time of her death. She posted lifestyle and fashion content and partnered with Monat, a haircare and wellness brand that uses multilevel marketing to sell its products.

The circumstances of Sharkey's death are being investigated by the Houston Police Department. After a preliminary autopsy, investigators have not ruled out the possibility of foul play in Robinault's death, a spokesperson for the Harris County Institute of Forensic Sciences told People. The final results of the autopsy are still pending.

In an interview with Insider, Sharkey's mother, Stacey Robinault, said that she believes her daughter was murdered. "I believe solely that she was murdered, because of the manner in which her body was left," she said. "It just drives deep into the soul that something very malicious happened here, and I want to get to the bottom of it."