A number of dead great white sharks have washed up on the coast of False Bay, South Africa which show the telltale signs of a monster killer, according to The Times. Researchers have concluded that killer whales, also known as orcas, have disrupted the natural hierarchy and are now killing great white sharks.

Two particular killer whales are thought to be responsible for hunting the great white sharks.

Tourists are now hoping to see the killer whales which are thought to be brothers called Port and Starboard.

The two killer whales have also been branded “super predators”.

One False Bay tour boat operator said the two killer whales would be great for tourism. 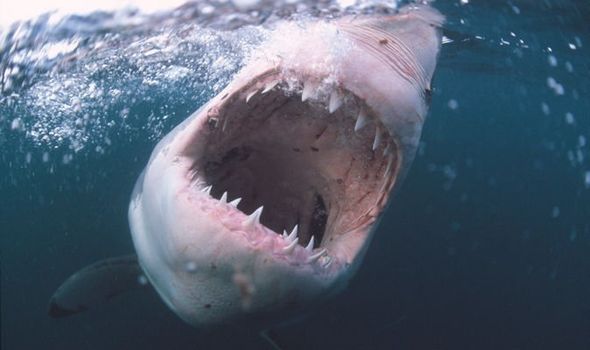 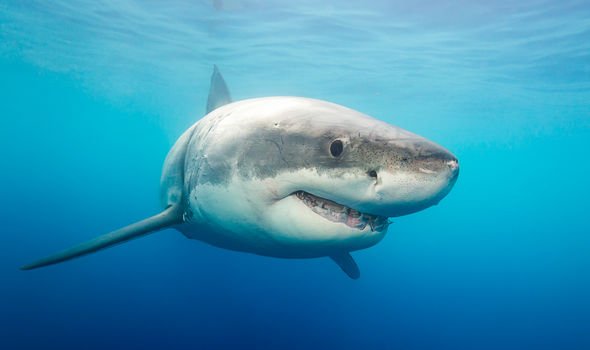 They said: “It would be a great money spinner, if only we could predict where they’ll turn up.”

The pair both have deformed dorsal fins after being shot at on the high seas by fishermen after attempting to steal their catch.

Killer whales are known as one of nature’s most cunning predators.

They typically work in pairs of groups to grip a shark’s pectoral fins in their jaws before flipping and ripping them open. 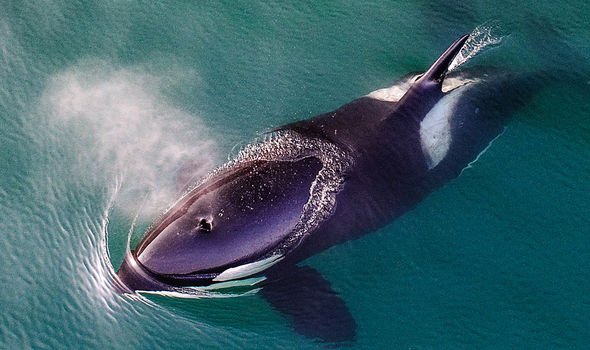 However, killer whales only specifically eat the livers of great white sharks.

The first documented sighting of a killer whale hunting great whites was spotted off the coast of San Francisco in 1997.

The sighting prompted a new line of research into how an ocean predator like the killer whale can dominate the great white shark. 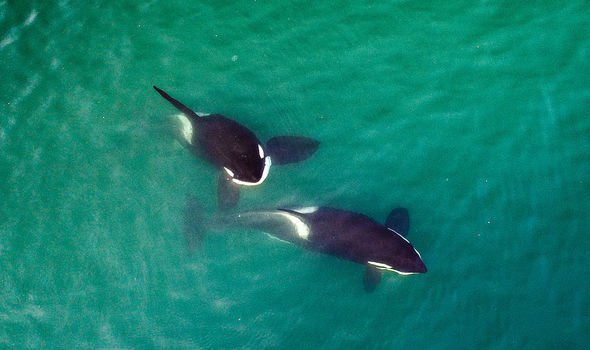 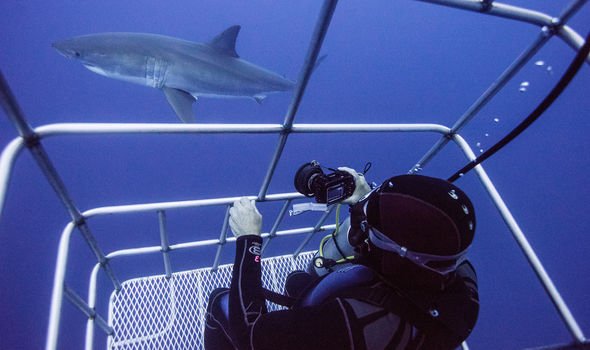 But other factors are being explored as to why there has been a crash in great white shark sightings in False Bay.

Over-fishing, loss of habitat and climate change are all factors in why the species’ population might have dropped.

Shark safety nets have also been blamed for pulling great whites and other sharks. 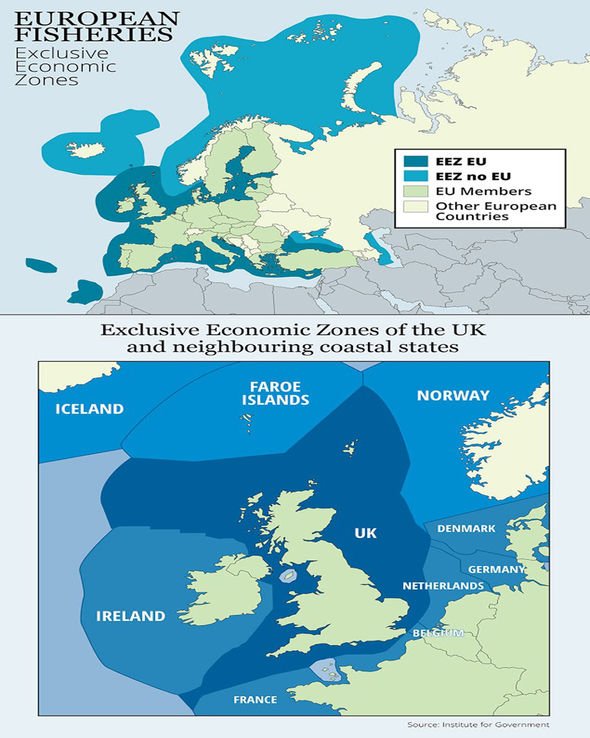 Cage-diving is still popular 100 miles along the coast from False Bay in Gansbaai.

Three years ago, 20 or more sharks could be spotted circling the cage-diving boats.

Now, spotting five sharks on an outing is considered lucky.

Wilfred Chivell is a cage-diving business-owner who funds research and education projects and a rehabilitation centre for injured wild life. 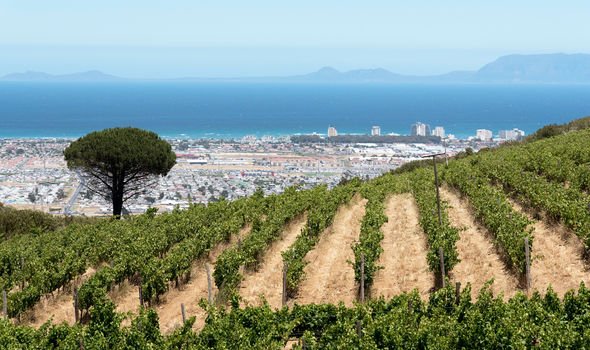 Mr Chivell believes the killer whales have alarmed most of the great whites into abandoning their hunting waters.

He also blames fishing quotas and a lack of respect for great whites.

He said: “A lot have gone for ever, killed, caught or whatever, I don’t think we will see those numbers again.

“We are now just grateful for the few that we have for the tourists.

“If the sharks disappear altogether from this area, hundreds of people will be losing their jobs.”