In 2021, the movie industry deployed multiple experiments to combat the pandemic, primarily through hybrid streaming releases.

But it looks like 2022 will be a year of back to basics for studios, even as the Omicron variant rears its head.

The at-home vs. theatrical fight first made waves at the end of 2020, after Warner Bros. (T) announced that all of its 2021 films will have a day-and-date release on HBO Max, in addition to a cinematic rollout.

The studio kept that promise throughout the year with top titles like "Dune" and "The Matrix: Resurrections" receiving the hybrid treatment.

The decision followed several pandemic-driven theatrical delays, but caused Scarlett Johansson to sue the company over breach of contact. According to Johansson's team, her earnings potential was "largely" tied to box office performance, with Marvel promising the movie star that the film would receive a theatrical-only release.

Disney settled with the actress two months later for a reported $40 million.

"Black Widow" proved to be 2021's most successful hybrid release after the film earned $80 million in its domestic box office debut. Disney boasted that it notched an additional $60 million via Disney+ Premier Access in its first weekend on the platform, as well. 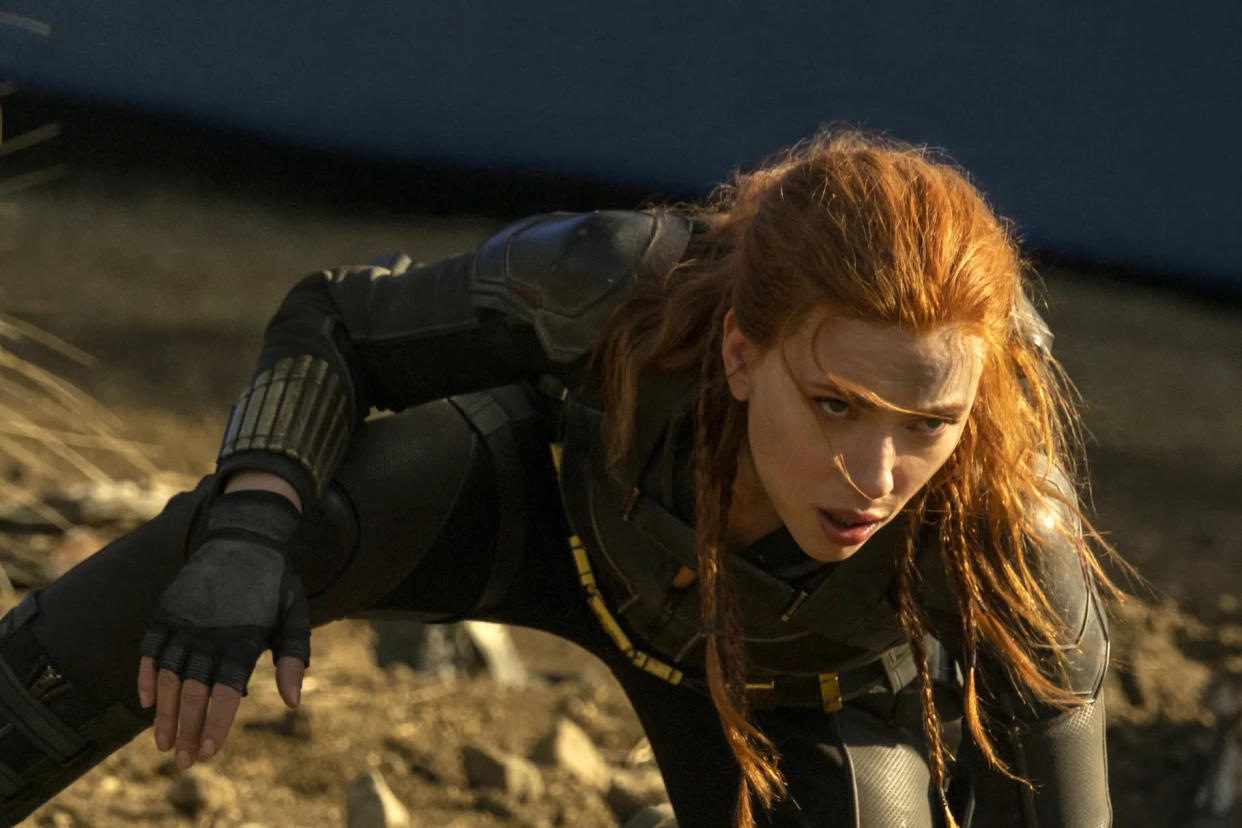 Still, the media giant eventually reverted back to a theatrical-first strategy in September, after the success of "Shang-Chi and the Legend of the Ten Rings." The Marvel film delivered impressive results that surpassed box office estimates over the Labor Day weekend holiday, earning just over $75 million in its domestic debut.

"We're seeing the shift back to a strategy of theatrical-first for most studios in 2022 — that speaks volumes," Shawn Robbins, chief analyst at Box Office Pro, told Yahoo Finance.

He added that Warner Bros. will be going back to a 45-day theatrical model for most of its 2022 titles, which "effectively makes 'Matrix' the last experiment — for now."

"Statistically, the most frequent consumers of streaming also tend to be the most frequent moviegoers. It really comes down to the fact that whoever is watching the content wants to see it where it's available," the Box Office Pro analyst noted, saying that there's a future where both box office and streaming "can coexist together."

Breaking down the numbers 'very muddy'

But the metrics of comparing a streaming view to a movie ticket are still puzzling to experts, and it's been difficult to measure success in this hybrid environment.

"We don't have very much insight into streaming numbers and, even what we do see, it's not remotely comparable. So in terms of how these movies are profiting or not profiting, the water is very muddy right there," Robbins explained.

The analyst added that it's tough to pinpoint the impact that a simultaneous streaming release has on box office figures.

Hybrid releases like "Dune" and "Godzilla vs. Kong" performed quite well in theaters, whereas "The Matrix" disappointed. Robbins said this suggests that the film might have suffered from other variables outside of its availability on HBO Max — like fan reception following poorly reviewed sequels, or the Omicron variant.

"'The Matrix: Resurrections' is in a bit more of a challenging position. But, again, there's an asterisk next to it because of the streaming component," the analyst said.

Overall, experts say that more adult-driven films and non-blockbuster genres — including indies, dramas and musicals — could go direct to streaming due to shifting audience demand at the box office.

"The more mature audience that gravitates to those kind of specialized movies have been more reticent to go back to the movie theater," Comscore's Paul Dergarabedian recently told Yahoo Finance.

In the near term, "we're going to be living in a world where you have mainly the big blockbusters, franchise films, and superhero films being the bread and butter for the industry," he added.

Robbins agreed, citing the poor performance of "West Side Story." The musical adaption earned just $10.6 million in its domestic opening weekend, despite strong reviews and a top director, Steven Spielberg.

The film "honestly is a victim of its timing and its audience more than anything else," Robbins told Yahoo Finance.

"It catered mostly to musical fans, which tend to be women over the age of 35. Statistically, that's the audience we've seen most hesitant to come back to theaters this year," he added.

Alternatively, "Spider-Man: No Way Home" — which crushed box office estimates and delivered the strongest opening weekend numbers of 2021 — underscored the importance of a younger audience. So far, the Sony/Marvel production has amassed over half a billion in domestic sales, with some analysts predicting a final domestic haul of $750 million.

According to Sony, the vast majority of the film's moviegoers were under the age of 34.

"That's going to be the driver of the business…especially during the pandemic. Theaters and studios are really reliant on that crowd showing up and they've shown an eagerness to do so with movies like ['Spider-Man']," Robbins added.