Normally, a big cash injection into the NHS would be controversial in Tory circles. But it is not now. 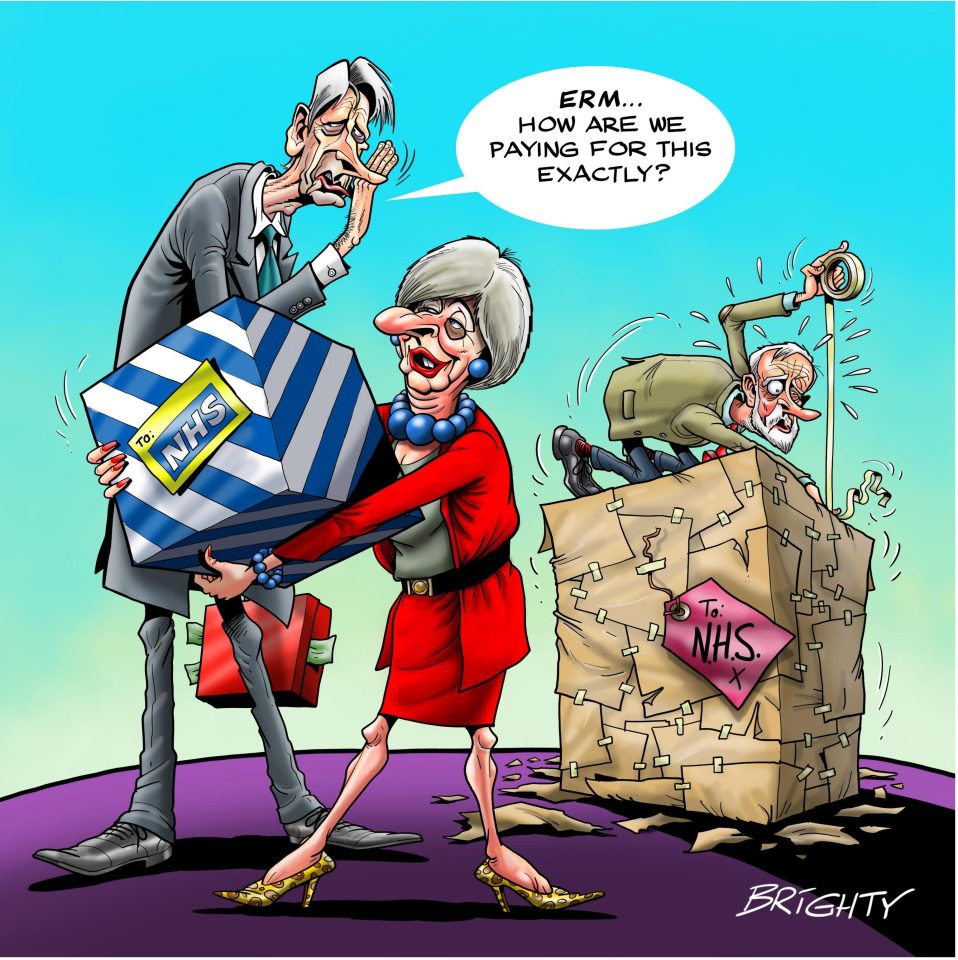 First, Tory Brexiteers are keen on the idea — they want to show that the promised £350million-a-week Brexit dividend is being delivered.

Indeed, Boris Johnson was, to the irritation of some Cabinet colleagues, vigorously banging the drum for more money for the NHS back in January.

Second, last winter showed Tory MPs both how stretched the NHS was and the political damage it could do them.

As one senior No10 figure conceded to me at the time, the Tories can’t fight the next election with the NHS as a “gaping wound”.

Especially as it is the issue that Jeremy Corbyn’s Labour Party most wants to campaign on.

The numbers being discussed for this funding boost are massive: The Government doesn’t want to be accused of just going for a sticking-plaster solution. 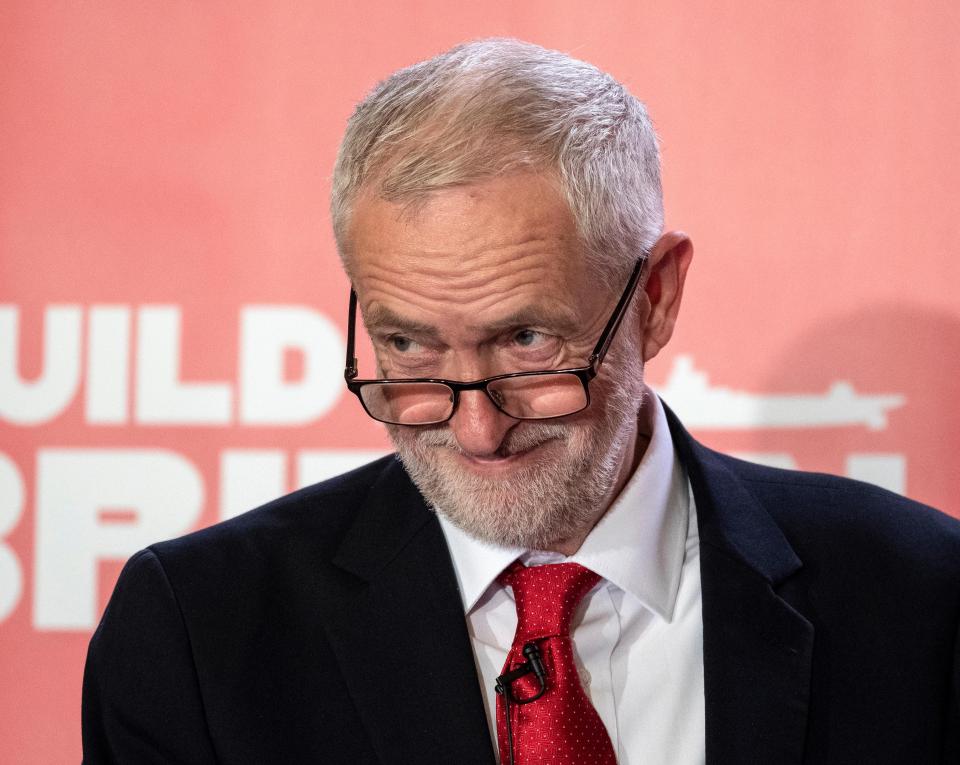 The negotiations on it are ongoing and at a “delicate stage”, I am told.

One ally of the Chancellor Philip Hammond says we are looking at an increase of way over £10billion a year by the end of the parliament.

This long-term funding plan will have to be worth tens of billions of pounds in total because, for it to work politically, it needs to be publicly backed by NHS management: And they won’t settle for less than that.

But more interesting than just how large this funding boost will be, is HOW IS IT GOING TO BE PAID FOR?

I understand the Treasury view is that the increase should be fully funded, ie it should be clear what taxes will be raised to pay for it.

While those around Mrs May are more prepared to hope that growth, and the subsequent increase in tax revenues, can take most of the strain. 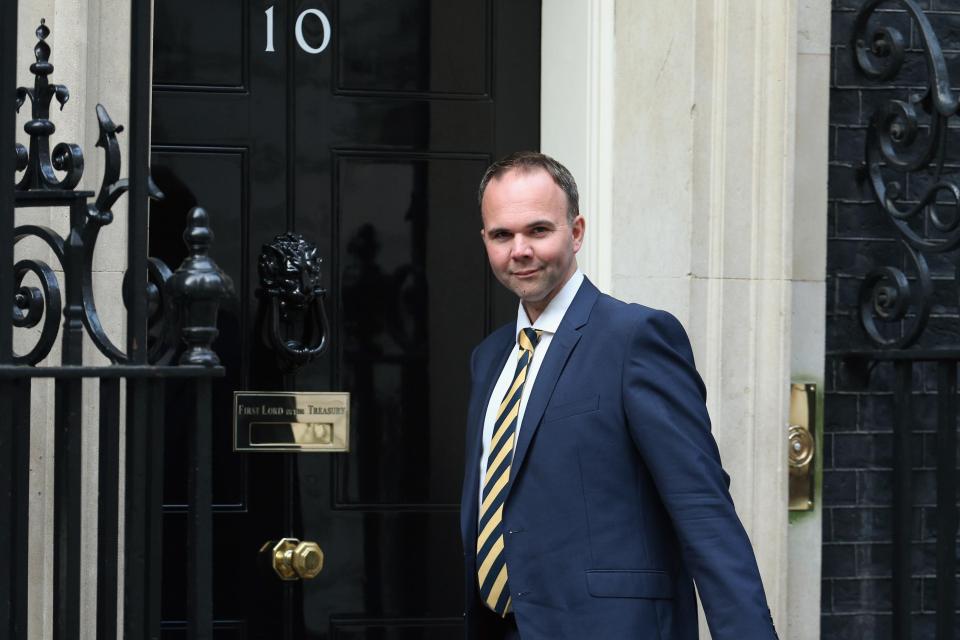 Gavin Barwell, Mrs May’s chief of staff, has observed to a group of Tory MPs that between 1992 and 1997 the Tories took an ultra-cautious, very responsible attitude to the public finances.

They were rewarded for that with their worst election defeat in 90-odd years.

To rub salt in the wound, their caution also made it that much easier for New Labour to turn on the spending taps.

Initially, No10 was interested in the idea of a 1p rise in National Insurance to cover some cost of this new funding. But I understand that as Tory whips have rung round to test MPs’ opinions on this idea, they have encountered resistance. 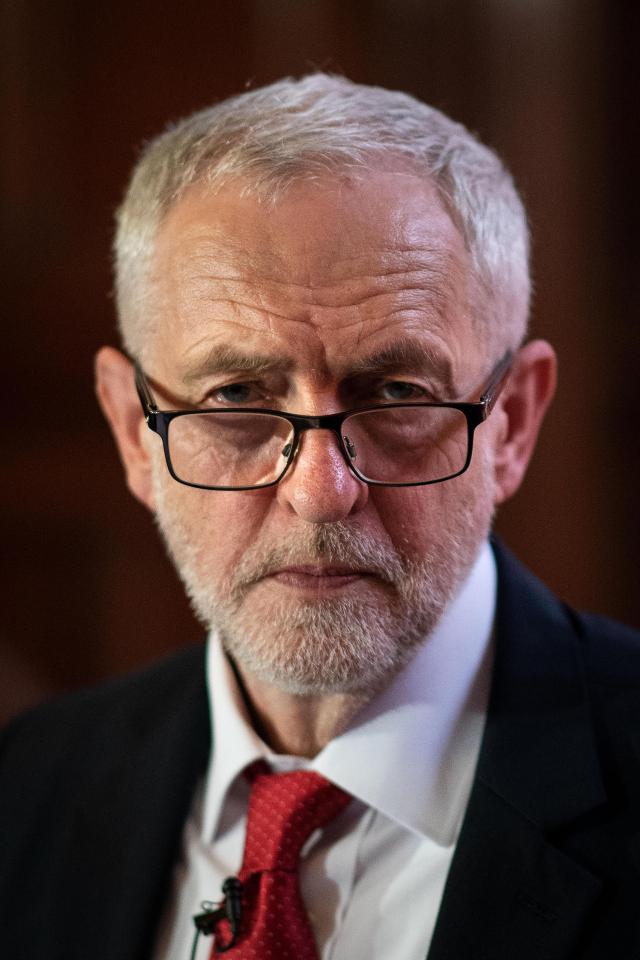 There is concern that it would exacerbate generational unfairness: That it would be a tax rise on the working age population to pay for something that will benefit the old more than anybody else.

There is another reason the Tories should be wary of tax rises.

One of their best weapons against Jeremy Corbyn is the fear that he would have to hike everyone’s taxes massively to pay for all his spending commitments.

But if the Tories are busy putting up taxes themselves, then this argument will lose much of its potency.

CABINET on Tuesday could have been a rather awkward affair.

After all, Foreign Secretary Boris Johnson had publicly declared that the Prime Minister’s cherished “New Customs Partnership” idea was “crazy”.

But everyone was too polite to mention this.

Then, towards the end of the session, Boris coughed and said: “Excuse a bit of sycophancy” and paid tribute to Theresa May for the Tories’ very respectable local election results.

As one May loyalist in the Cabinet jokes: “We’d like a lot more sycophancy from Boris.”

THE Northern Ireland Secretary Karen Bradley is, for the next few days, the most important person in the Government.

Why is she suddenly so key? Because she is on the Cabinet working group examining the “max fac” customs plan favoured by Brexiteers. 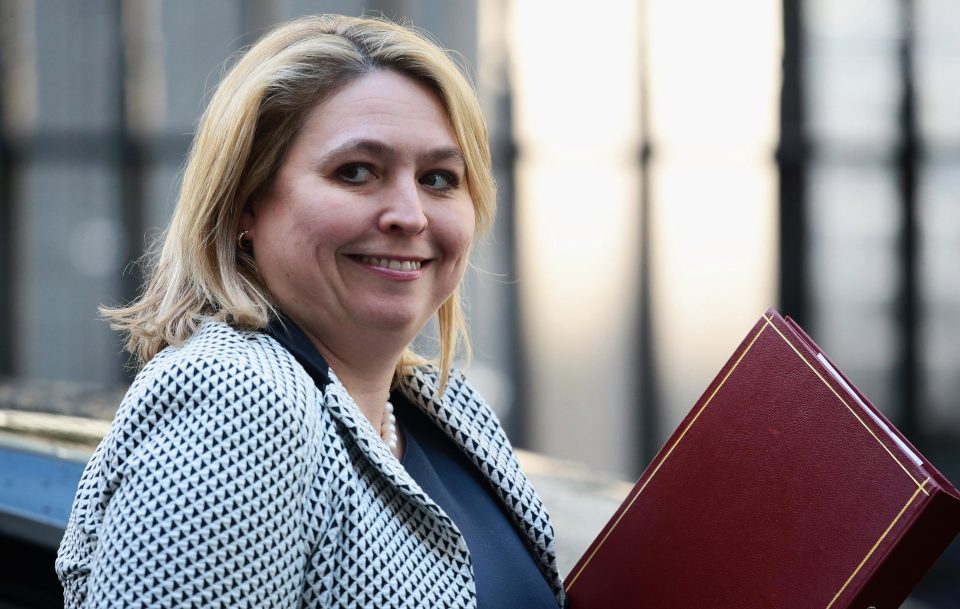 Theresa May’s main objection to this plan is that it doesn’t fit with the need to avoid a hard border in Ireland.

If Bradley, after examining it, declares that it could work in Northern Ireland then Mrs May would be able to climb down with dignity.

If Mrs May sticks with her plan for a “New Customs Partnership” with the EU that would see the UK collecting EU tariff revenues for ever, then she would be taking a huge political risk.

“If she goes down the NCP route, she ceases to be Prime Minister,” one member of the Brexit inner Cabinet tells me.

This might be an exaggeration but what is highly likely is that if she goes for NCP she’ll face a vote of no confidence in her leadership. 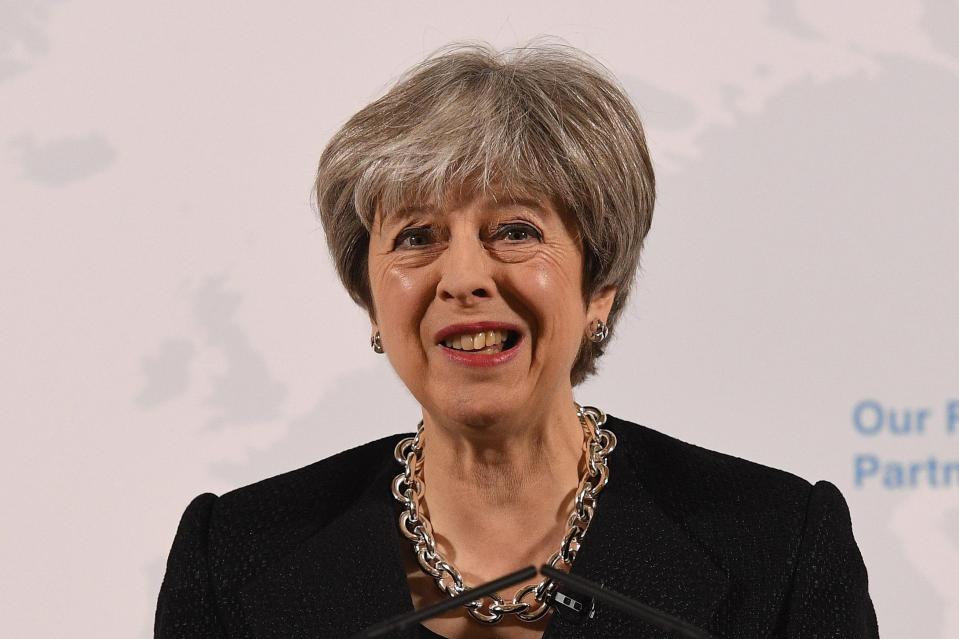 There’s added pressure on Bradley because the six members of the Brexit inner Cabinet who objected to the New Customs Partnership last week show no sign of changing their minds.

One well-placed source tells me: “They all see it as a Trojan horse.”

So, what will Bradley do? Well, no one quite knows what to expect in these working groups.

One member of them tells me that they are a “slightly bizarre exercise”.

But I understand they are meant to have met at least once before the Brexit inner Cabinet meets on Tuesday.

Bradley is a May loyalist – she was one of her junior ministers at the Home Office.

To date in the Brexit inner Cabinet she has, according to her fellow members, has been very much a representative of her department. 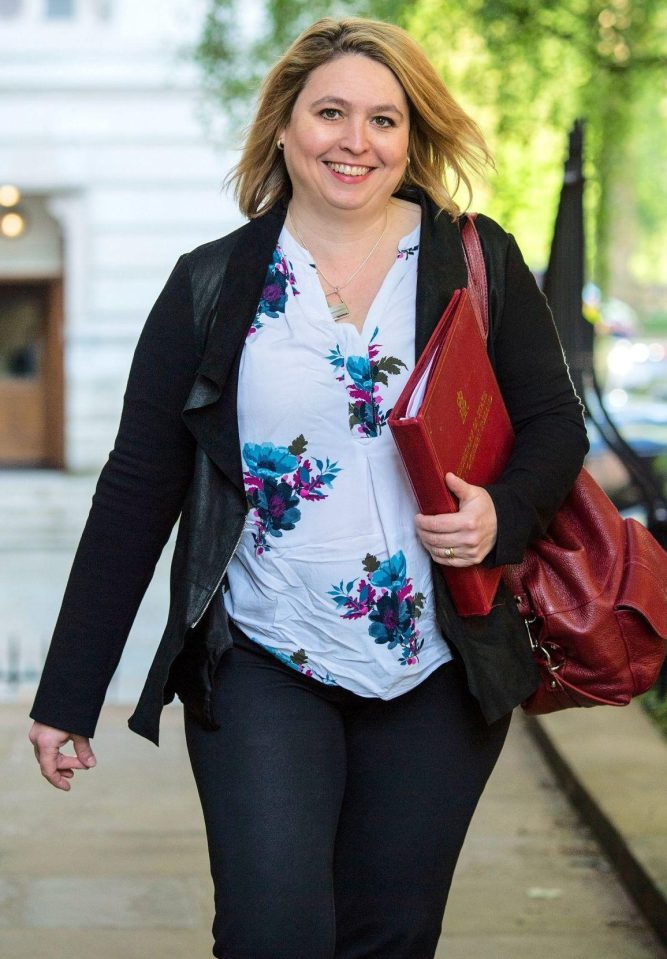 But in these more informal working groups she might feel free to go off script.

One Cabinet colleague of hers says “she is quite influenced by her constituency”, which voted Leave by a 65/35 margin, and that “in private, she sounds almost like a Leaver”.

If Bradley was prepared to say that max fac was compatible with Mrs May’s aim for the Irish border, she would be doing her boss a much bigger favour than if she simply agreed with her that it wasn’t.

BOTH the French President Emmanuel Macron and the outgoing head of the European Central Bank Mario Draghi have warned that the Eurozone needs reform if it is to survive future crises.

The main reason for this is that German Chancellor Angela Merkel is still stalling.
But until the structural flaws in the eurozone are fixed, it will remain one of the big dangers to the world economy.

We need to make peace with the U.S. 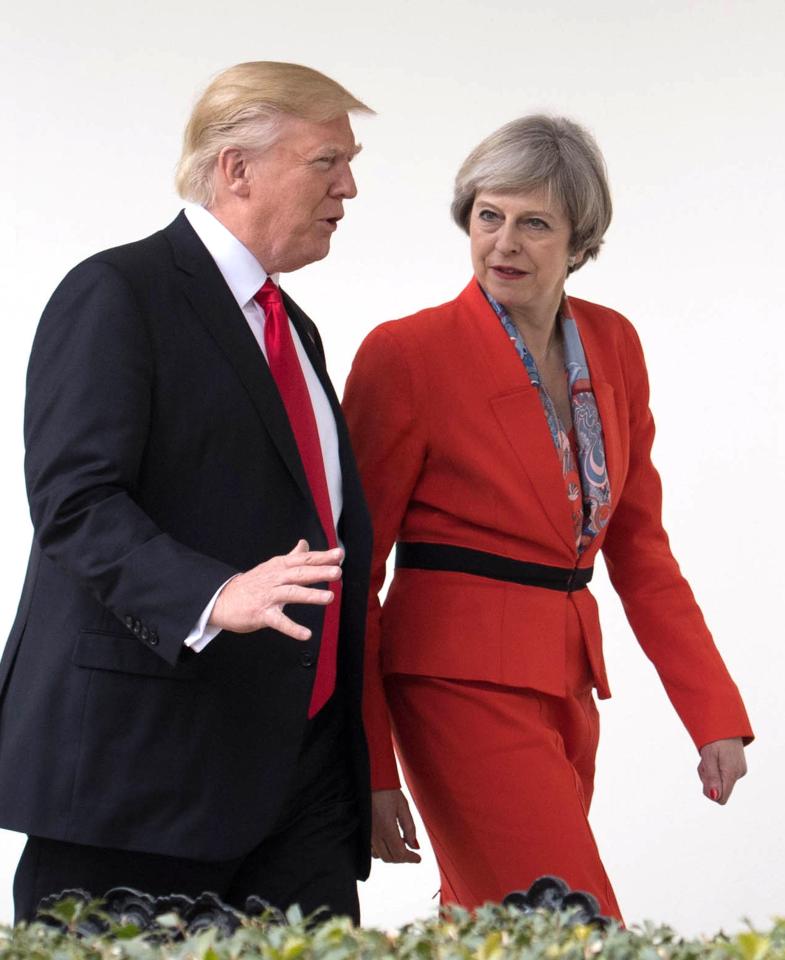 THE Government’s main objection to Donald Trump’s decision to pull out of the Iran treaty is that he has nothing to put in its place.

Senior Government figures admit that the deal was flawed.

But they claim that the current situation is even more dangerous.

Next comes the question of whether the UK is prepared to go along with European talk of compensating companies which carry on trading with Iran despite US sanctions.

I understand that this is seen as a step too far in Whitehall.

There is also concern that the UK needs to be more positive in its relationship with the Trump administration.

One Cabinet minister warns that currently: “We only call up to whinge.”