The Prime Minister was shunted to the edge of the photo and forced to share space with Hungarian strongman Viktor Orban and EU chief Jean-Claude Juncker. 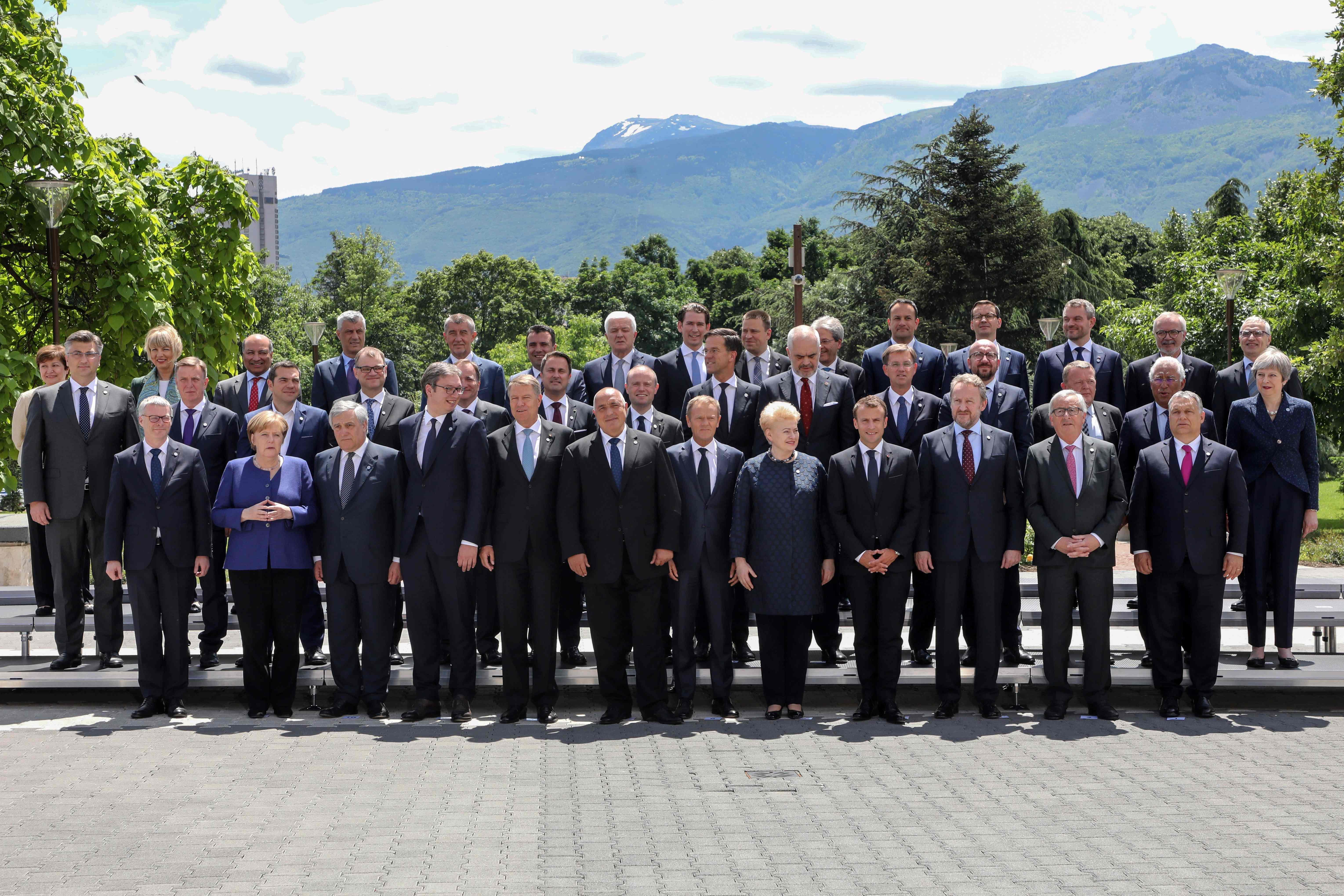 The security summit took place on the edge of Europe – Bulgarian capital Sofia.

May was forced to stand awkwardly on the far right of the photo while Macron grinned near the centre.

German Chancellor Angela Merkel didn't even bother looking at the camera for the group photo, preferring instead to chat to another leader.

Austria's Sebastian Kurz took centre stage in the back row, while Lithuanian President Dalia Grybauskaite stood next to Donald Tusk at the very front. 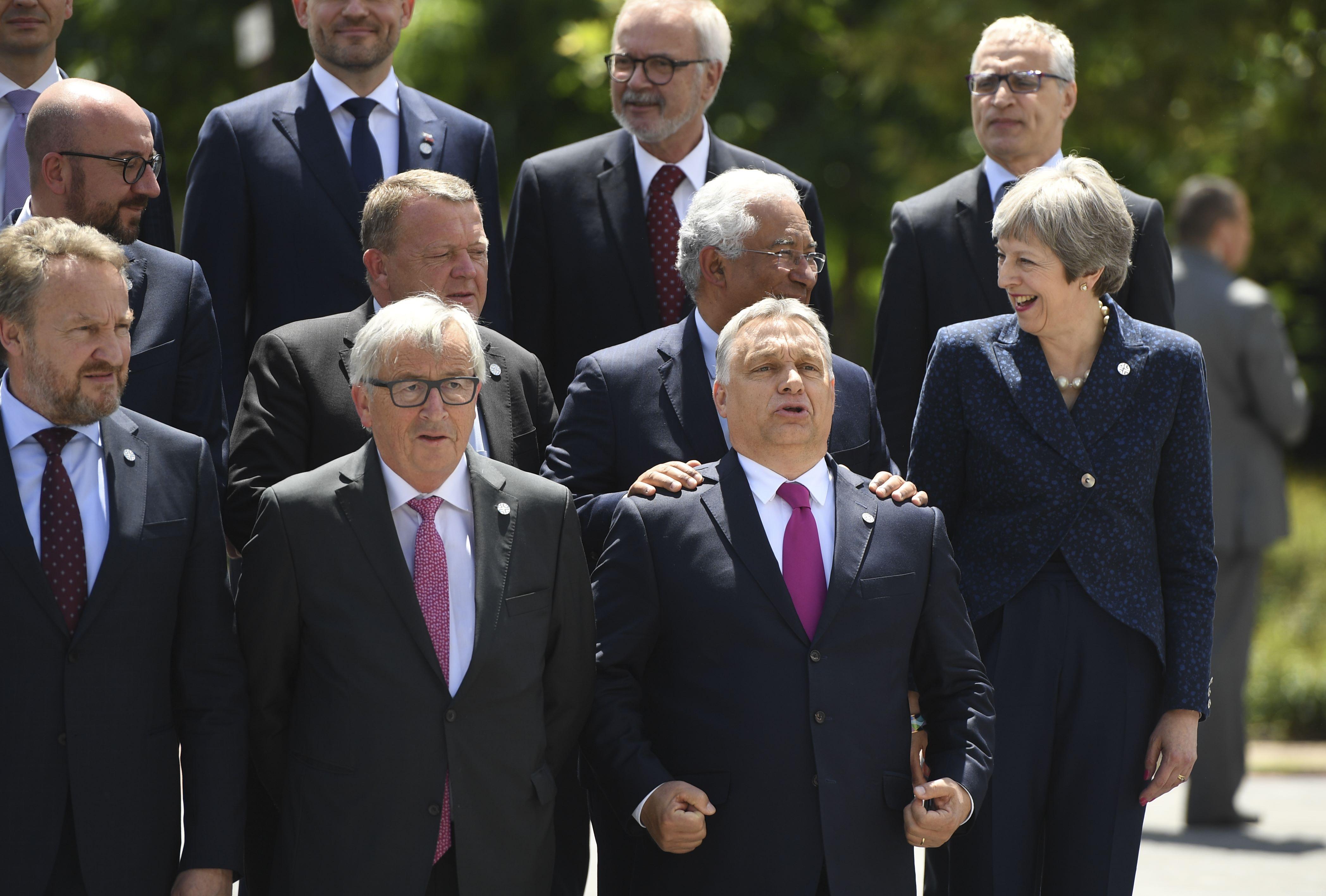 In 2016 May was left standing awkwardly at an EU summit as fellow leaders blanked her following a crunch summit.

The Sun revealed that after an awkward pause in the Brussels HQ as they waited for her to go, the PM said: “I think I’d better leave now.”

An insider said: “She was very polite but it was a bit embarrassing."