THERESA May turned down Donald Trump’s offer of a rapid 90 day trade deal with America, a devastating new book reveals.

The US President’s former right-hand man Steve Bannon has lifted the lid on excruciating White House meetings with the ex-PM where the Americans felt Mrs May saw "Brexit as a problem to be overcome" rather than a brilliant opportunity. 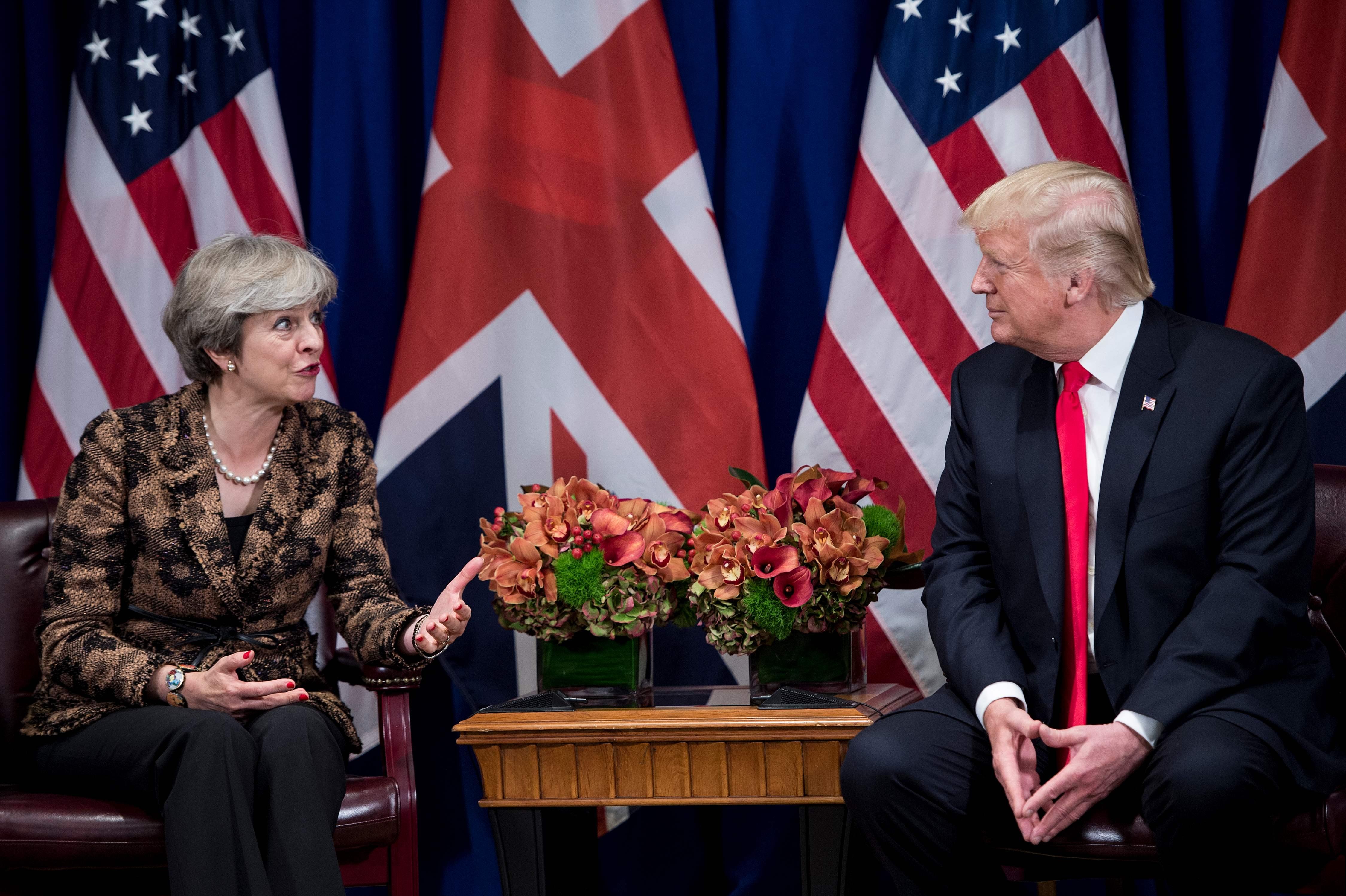 Mr Bannon was serving as White House adviser during her visit to Washington in early 2017 where she was snapped holding hands with Mr Trump in the first weeks of his presidency.

He claims: “We told the guys when they came over in February 2017 that we would have a trade deal in 90 days.

"We would get in a room and would not get out until we cut a trade deal."

But Mr Bannon says the offer was rebuffed by the Brits, despite direct demands from the President to do a quick deal with the UK.

The toe-curling details are revealed in new book ‘Democracy for Sale: Dark Money and Dirty Politics’ written by the OpenDemocracy journalist Peter Geoghegan.

More than two and half years after the White House meeting, negotiations on a US trade deal are continuing, but original hopes of signing one this year have been abandoned by both sides as Mr Trump faces an uphill battle for re-election in November.

Since the decision was made to leave the EU, a future US trade deal has been a running sore point for ministers who have been accused of wanting to lower UK environmental standards and give US firms access to the NHS.

But Bannon has told the new book, published tomorrow, that it could have been wrapped up in weeks had there been the will to do a quick deal on Britain's side.

“Theresa May came and Liam Fox headed the negotiations on the trade part”, he recalls.

“I got him in a room with Reince Priebus, the chief of staff, and said ‘we will make a deal with you guys in 90 days. Trump has given us the order. Let’s get on with it. Let’s do it’.”

But instead he claims Mr Fox just: “kinda mumbled around and said ‘they had to check the rules’.”

In extensive interviews with the author, Mr Bannon also criticised Boris Johnson’s early handling of Brexit, despite fronting the campaign for Britain to leave the EU.

He said: “They had no plan. In the United States, we call it having the eye of the tiger. They did not have that.

"There were no killers. Even Boris at the time, he was only the foreign minister, but it didn’t seem to me they weren’t aggressive on trying to get out.”

And he insisted Westminster was crippled by anti-Brexit sentiment saying: ‘They didn’t want to get out. The British civil service….. did not want to leave. 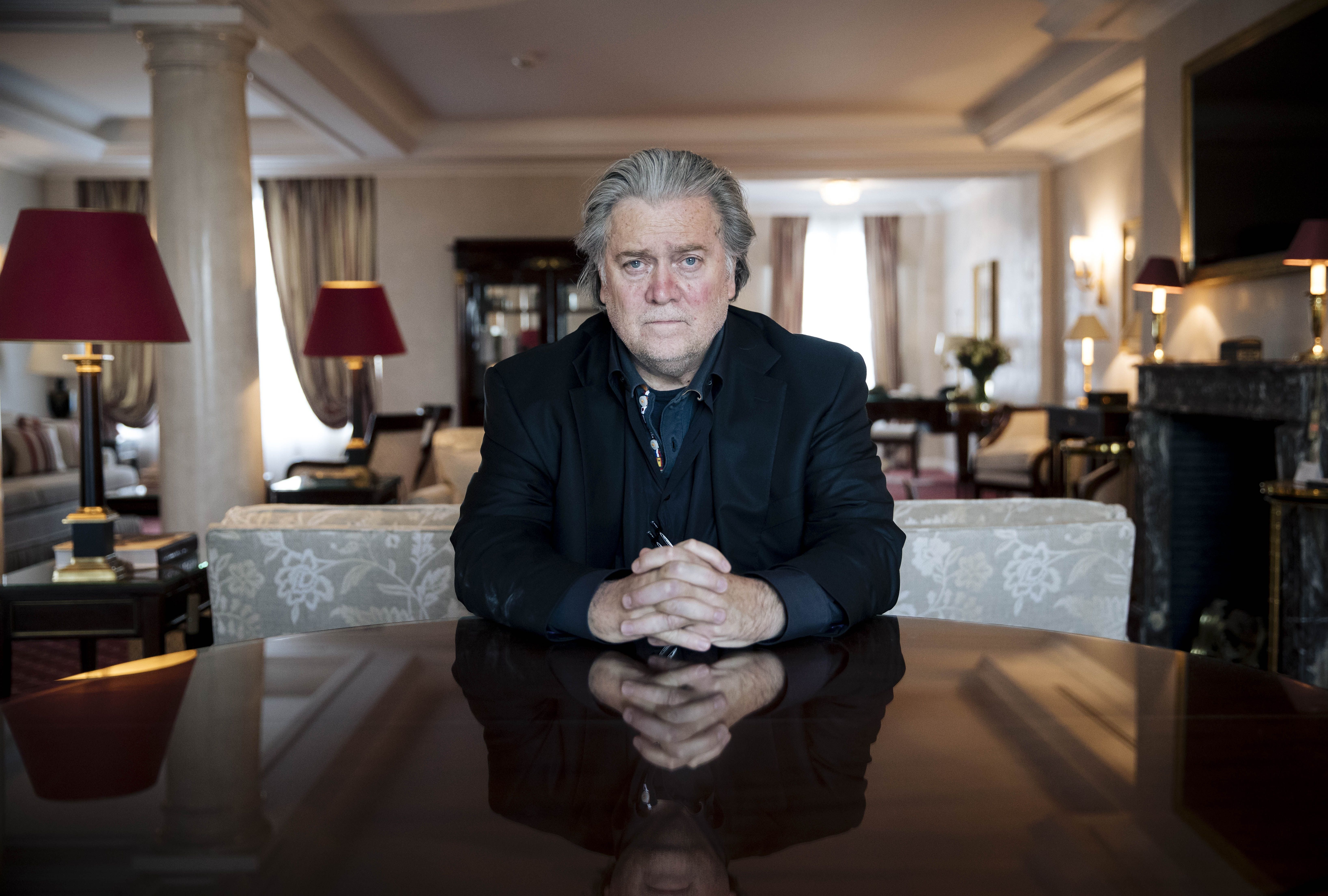 "And the Tories did not want to leave. It was only the British public that over time refused to bend that forced the Tory party to lead an effort to leave.”

Last night a Government source hit back at Mr Bannon’s claims, saying: “This is not something that can be rushed. A good deal with the United States is better than a bad deal.”