Thief, 28, is jailed for two years after she stole £80 from an 87-year-old OAP and targeted other vulnerable passengers on board London buses

A woman who robbed pensioners and other vulnerable people – including an 87-year-old – on London buses has been jailed for two years and eight months.

Bus bandit Gloria Makanjuola, 28, struck at least a dozen times around the Hackney area of east London last September and October, with her victims aged 18 to 87.

The oldest victim, an 87-year-old pensioner, was targeted by Makanjuola as he travelled on a No 30 bus.

She sat next to the victim and tried to put her hands in his pocket.

He told her to stop, but she managed to grab around £80 cash before fleeing. 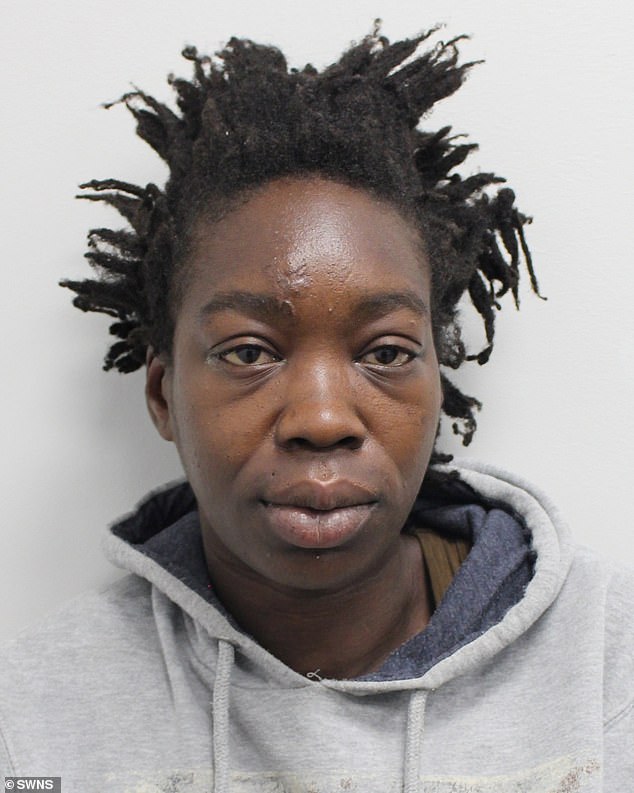 Bus bandit Gloria Makanjuola, 28, struck at least a dozen times around the Hackney area of east London last September and October, with her victims aged 18 to 87

Another victim, an 18-year-old woman, was on board a No 277 bus near Mare Street, Hackney, when Makanjuola started talking to her.

The serial thief kept touching the victim and was crying.

When the victim told her to leave her alone, Makanjuola left the bus by pressing the emergency exit button.

As the teenager got up to leave the bus she noticed that her purse and Oyster card had been stolen.

Makanjuola was identified after detectives obtained CCTV footage from the buses.

A number of the victims were able to recognise her on identification parades.

Makanjuola, of no fixed address, was sentenced to two years and eight months in jail at Snaresbrook Crown Court on Wednesday.

The court heard that Makanjuola is currently serving a two year sentence for similar offences which she committed last year in the Hackney area. 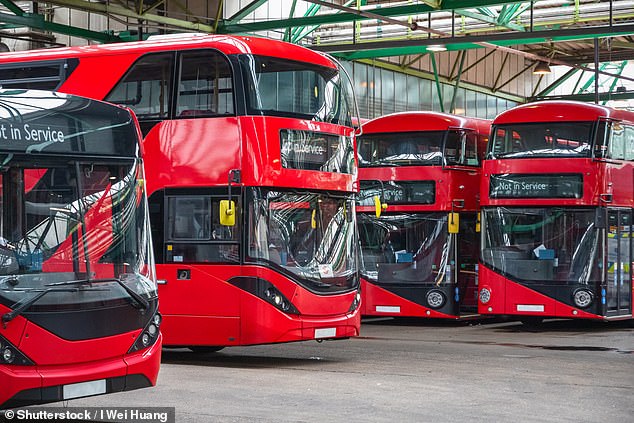 ‘If bank cards were stolen, she used the opportunity to use the cards to make contactless payments at local stores.

‘Working in partnership with the Safer Transport Teams and Transport for London, Makanjuola was identified and arrested for various robbery and theft related offences.

‘I would like to thank the victims in this investigation who had the courage to report these matters and assist in the police investigation. Without their support this outcome would not have been possible.’

Detective Superintendent Andy Cox, lead investigator for transport network crime across London, added: ‘We are focused on targeting prolific criminals like Makanjuola who target and prey on the most vulnerable commuters.

‘Through extensive CCTV coverage across the transport network we are able to identify and bring to justice offenders.’