Catalans overwhelmingly approved a referendum to separate from Spain on Oct. 1, 2017, but they are no closer to independence today than they were a year ago.

“It was a real vote,” waitress Paulina Pujol, a 24-year-old Catalan, told ABC News. “We simply wanted to say peacefully that Spain needed to accept the reality.”

But Spain had other ideas, refusing to recognize the vote in the autonomous Catalonia region even as the pro-independence movement keeps growing, according to a recent poll cited by pro-Spain newspaper El Espanol.

The SocioMétrica poll found that 51 percent of Catalans support independence and 53 percent of them believe it will eventually happen. 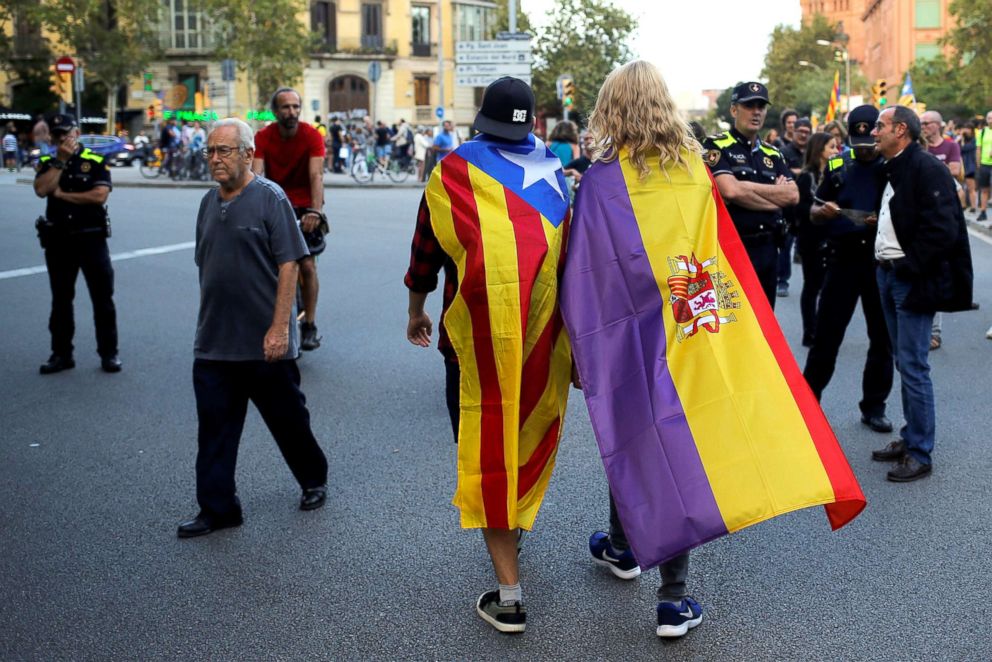 Spain has always considered the vote illegal, however, last year using Article 155 of its constitution to stop the secessionist attempt by dissolving the Parliament and calling for new elections after taking control of the institution.

Many separatists are undeterred, even as some leaders of the movement remain jailed or exiled a year later.

“Last year, Catalans people proved to the world and to ourselves that we can win,” Adria Alsina Leal, 36, a separatist activist who is running in primary elections for mayor of Barcelona, told ABC News.

“Even if it was for a short moment, we did it. We proved to Spain that we are here to make respected our rights for real democracy. This fire is still alive.” 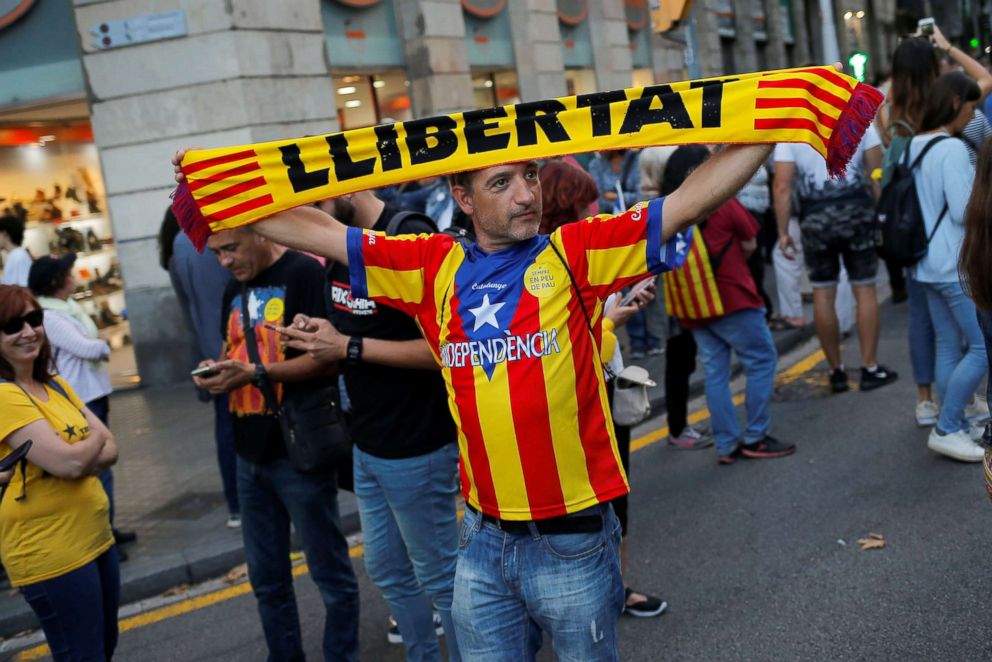 Such defiance burst out into the open again for Catalan’s national day Sept. 11 when hundreds of thousands of pro-independence demonstrators took to the streets of Barcelona to remind Spain and the world that they have not forgotten the referendum.

Living in Munich where he works as an engineer, he traveled to Barcelona to vote on that special day last year.

“I do acknowledge that our independence is not happening immediately, but I can see all Catalans are now opening their eyes to it,” he said

Marti said he believes that Catalans, mentally, are not ready yet to “stop all the institutions in order to take control of it.”

He added: “This is the only way we can implement our independence, with a real revolution.”

But not everyone favors full independence.

Juan Castro, 51, an entrepreneur who marched last year in support of unification, said, “I don’t see why we cannot value our Catalan culture and staying Spanish at the same time. We are both.”

A year later, on the anniversary of the referendum, police from across Spain have been sent to Catalonia to protect public buildings and guard against riots,

They are expected to remain in the region until Oct. 15, according to a police spokesperson.

Fourteen people were injured and six were arrested after Spanish police clashed with separatist protesters. Meanwhile, activists Monday clocked a highway going to France and another one to Madrid. There were also protests in the streets of Barcelona, Sabadell and Lleida.

“Barcelona has always defended that everyone can exercise their rights to free speech,” Mayor Ada Colau told Catalunya Radio.