I WAS outed as a climate change enthusiast this week.

And now ­everyone is expecting me to turn off my central heating and eat nothing but weeds until the end of time. 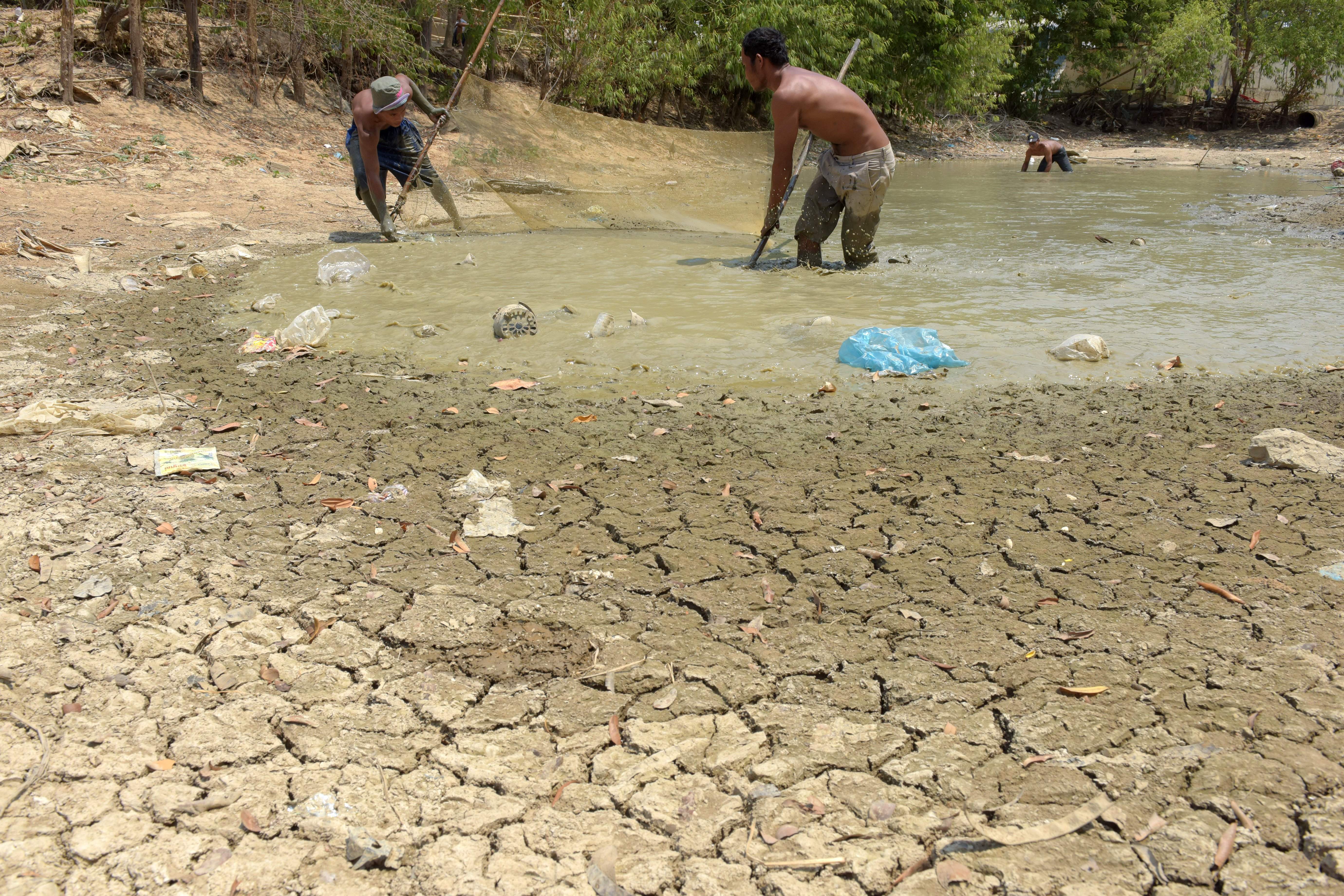 It ain’t going to happen.

Yes, on a trip with The Grand Tour to Cambodia, I saw a river that should have been full of water and dotted with fishermen going about their business.

But instead, it was just a trickle and everyone on its banks was having to eat spiders and grasshoppers to survive.

To begin with, I figured Chinese ­hydroelectric dams further upstream were to blame. But it should have been the rainy season. It should have been bucketing down, all day long. And it wasn’t. And we can’t blame the Chinese for that.

Back at home, there is record rainfall. 138 millimetres fell on my farm last month — twice what’s normal. It’s been so wet that farmers across Britain haven’t been able to plant any seeds at all this year.

So is the climate changing? It certainly looks that way. Does Man have something to do with it? Possibly. And is it necessarily a bad thing? Who knows?

What we do know is that we, as a ­species, don’t like change. We like our ­villages to stay the way they were in 1850.

And in our cities, we get sad when ­Woolworths goes out of business. So we definitely don’t like the idea of the ­weather being different.

Sheep will be illegal

What’s to be done then? Well Swede Greta Thunberg reckons all will be well if we stop using planes and go around the world on other ­people’s yachts.

But there’s a problem with that. Many of us don’t know anyone with a yacht.

Oh, and another thing. She’s due at a climate conference in Madrid on December 2 and, as I write, she’s on a sailing boat in the Atlantic with absolutely no chance of getting there on time.

This is what the naive girl forgets. We all need to move about. We all like to be warm at night and in Ibiza in the ­summer.

And we all want to buy ­whatever food we want whether it’s in season or not.

If we do what Greta and the Green Party wants, none of that will be possible.

For Britain to be carbon neutral by 2030, only bicycles and jumpers will be allowed.

Though God knows where the jumpers will come from as sheep will be illegal as well. And anyway, what’s the point of staying at home in

Northampton and having no electricity when all the people in China and India are still making merry with the coal.

Happily, around the world, thousands of scientists are working on the issues right now.

Cars powered by hydrogen. ­Electricity produced by the tide. And who knows what else. Cold fusion perhaps.

If these boffins are given the space and the funds, they will ­succeed.

Because in the end, science always does.

A MAN called George The Poet turned down an MBE because he reckons the British Empire “raped” Uganda.

Right. I see. So what about Idi Amin the Ugandan soldier who seized control of the country in 1971? 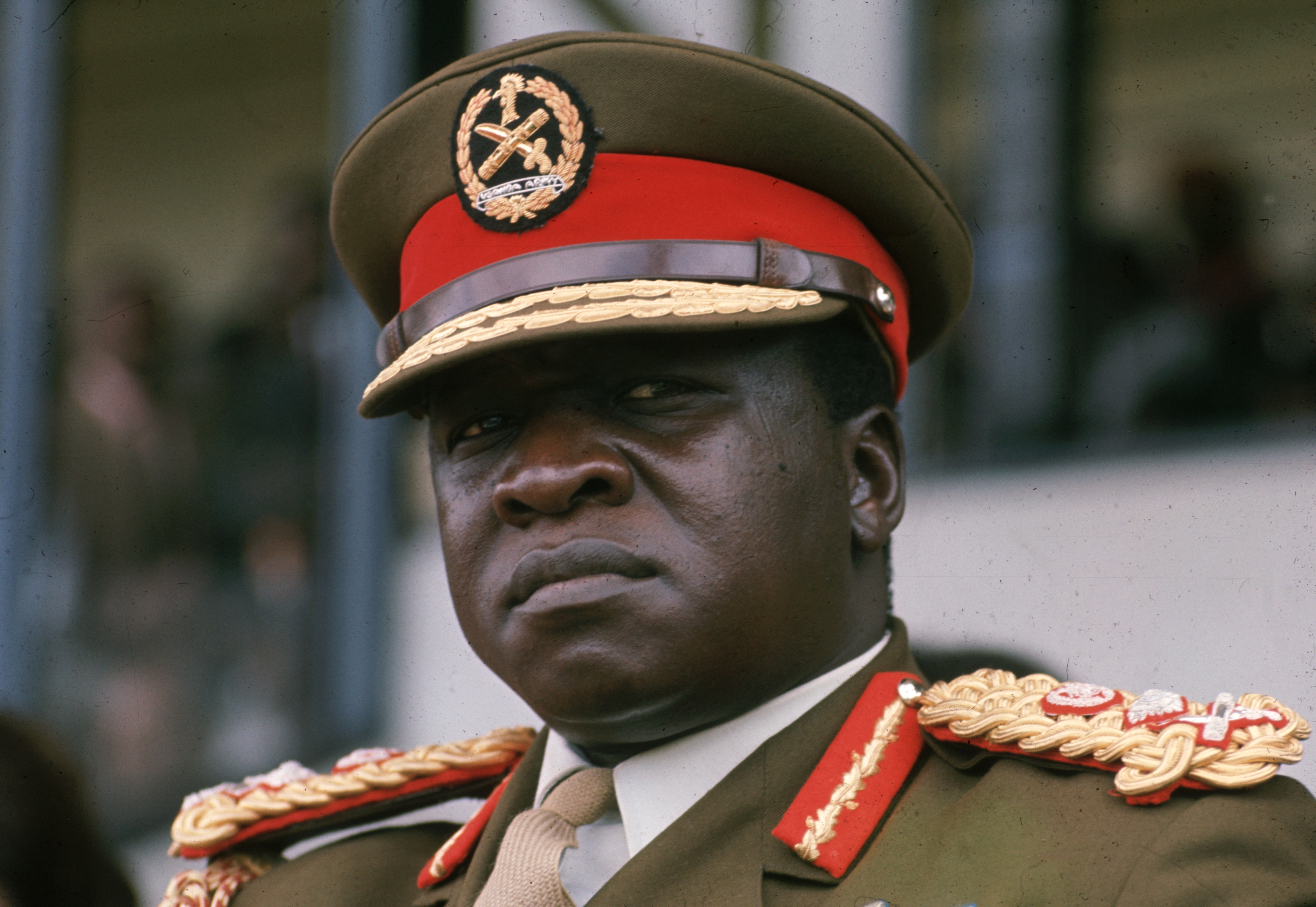 He expelled 110,000 Asians then stole their businesses. He cosied up to Colonel Gaddafi for military support, invaded Tanzania and insisted he be referred to as – deep breath – His Excellency, President For Life, Field Marshal Al Hadji Doctor Idi Amin, VC, DSO, MC, CBE, Lord Of All The Beasts

Of The Earth And Fishes Of The Seas And Conqueror Of The British Empire In Africa In General And Uganda In Particular.

Everyone else just called him The Butcher.

Because it’s reckoned that during his time, he killed around 330,000 people.

It strikes me then that Britain was guilty of doing some manspreading in Uganda.

But Amin? He did the full Epstein.

Perhaps that’s why George is a poet. Because he sure as hell isn’t much of a historian.

A shame for Gary

The TV chef died this week and just as everyone was starting to remember who he was, news came through that 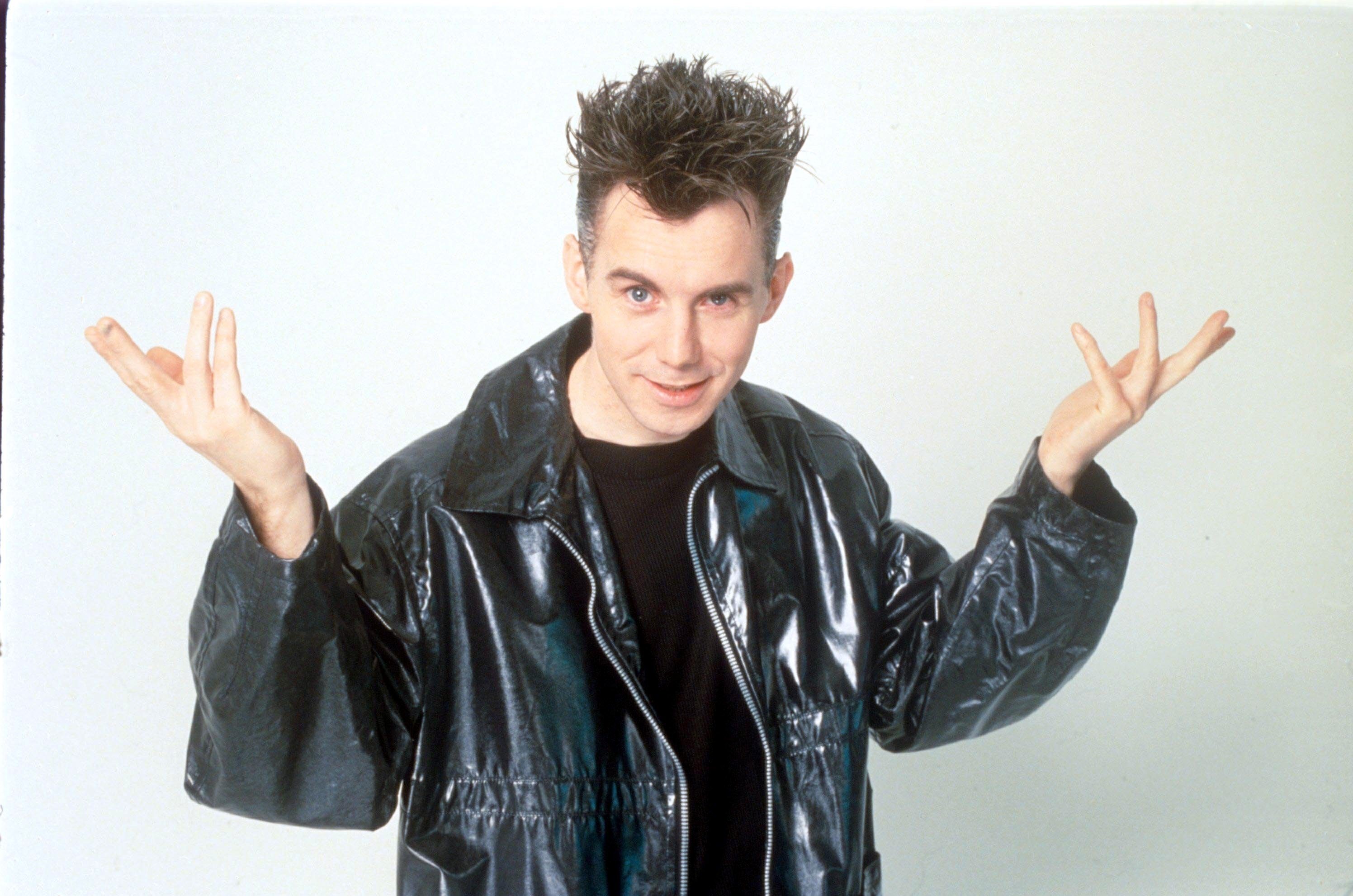 Jonathan Miller and Clive James had popped their clogs as well.

Ultravox’s Vienna never got to No1 because of John Lennon’s death.

But it was still a bloody good song.

We'd be red and buried

BRITAIN’S Armed Forces are so short of artillery these days that experts warn: “We would lose a war against the Russians.”

Right, and when would we have been able to beat that vast country which is home to 145million patriots? 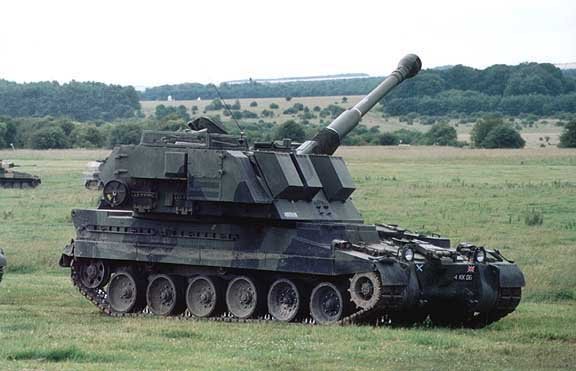 The answer begins with N. And ends in ever.

Tell us we couldn’t beat Luxembourg and I’d be horrified.

But tell us we’d struggle against Russia and I’m forced to say: “What’s new?”

A LOT of people are saying the advert for the new Renault Clio is the best commercial ever made.

“Now it is. And to prove it, here are two girls snogging.”

Nothing wrong with that, of course.

But halfway through, I rather forgot what was being advertised.

THIS week, the BBC employed a vegetarian to tell us that meat production is going to kill the world and that we must all start eating nothing but leaves, immediately.

This is just plain wrong.

The fact is that if you want balanced, healthy, sustainable leaves, they need to be fertilised with manure. And manure comes from animals.

So, you grow leaves one year and seeds the next and in the year that follows, you grow cows, which refresh the soil so that it’s fit to start the cycle all over again the year after that.

The simple message then is: Eat meat or die.

BBC drama is digging for gold

THESE days, the BBC is a haven for eye-rolling political correctness and transgender lavatories.

Which is one of the reasons I was so surprised by its new drama series called Gold Digger. 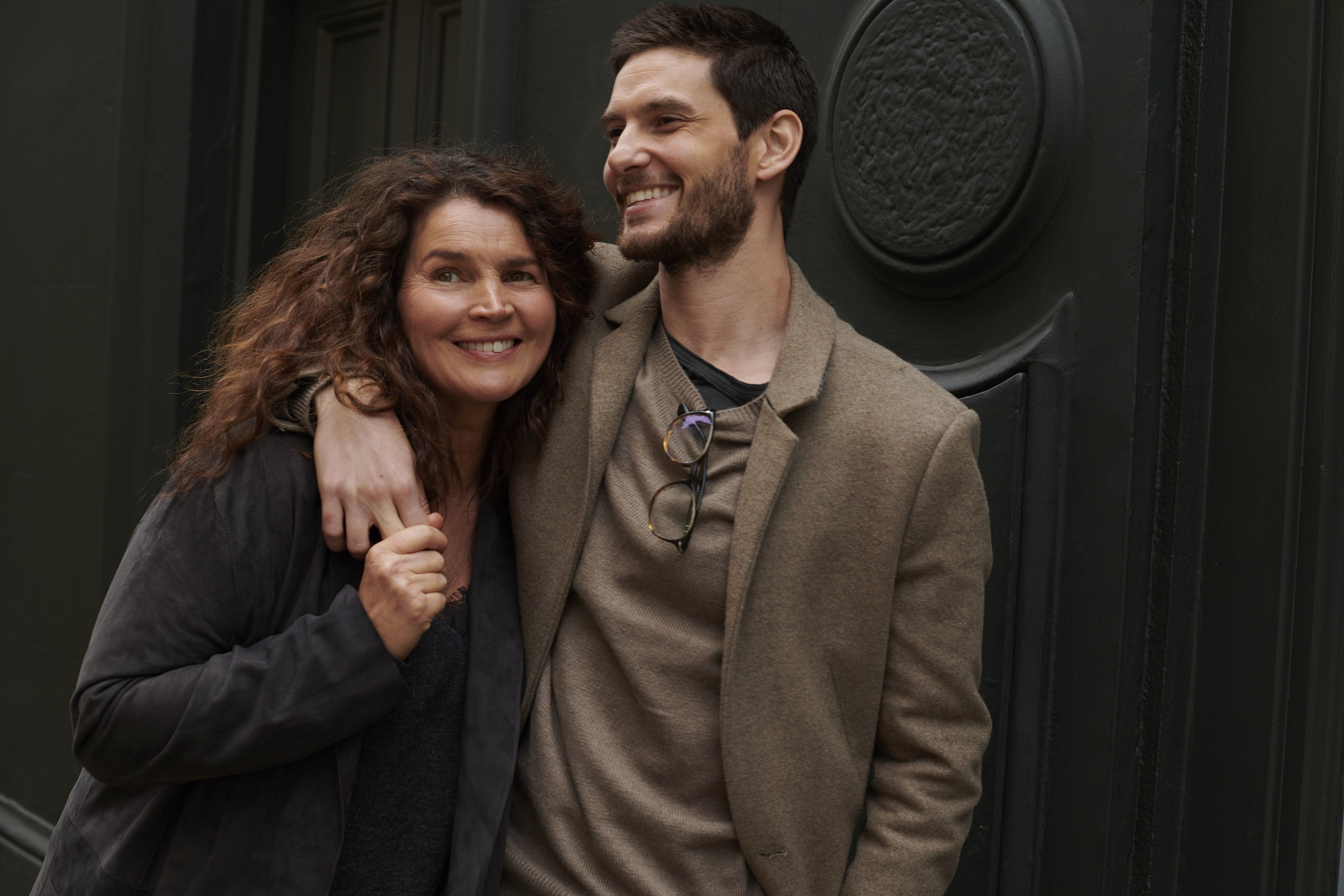 It has no “woke” message. It doesn’t try to make you become a vegan or vote for Mr Corbyn.

There isn’t a word or a plot twist out of place.

I USED to think Jeremy Corbyn’s stupidity was his biggest problem. But then it turned out that he’s also a racist. And now we discover he’s a congenital liar. I still think he has a good chance of winning, though. Scary times.