Meghan Marlke’s father has said the Royal Family are ‘like Scientologists’ because of their secrecy, in an extraordinary outburst.

Thomas Markle made the bizarre comparison because of the Royal Family’s ‘cult like’ secrecy, and he even went on to compare them to the Stepford Wives.

The 74-year-old added: ‘Maybe they have a secret handshake too! You cannot ask a question of them — as they won’t answer.’ Meghan Markle with her father, Thomas Markle who has likened the Royals to a ‘cult’

The ex lighting director told the Sun that the Royal’s have to become more modern and open to scrutiny.

Speaking from his home in  Rosarito, Mexico, he said ‘They are either like Scientologists or the Stepford family.

‘If they hear anybody say anything they just lock the doors. They need to speak up!

‘They are cult-like — like Scientology — because they are secretive.

‘They close the door, pull the shades down and put their fingers in their ears so they don’t have to hear.’

Markle’s public discourse with Kensington Palace continues after his sleuth of well-publicised bust ups with the Royals and his daughter, the Duchess of Sussex Meghan Markle. 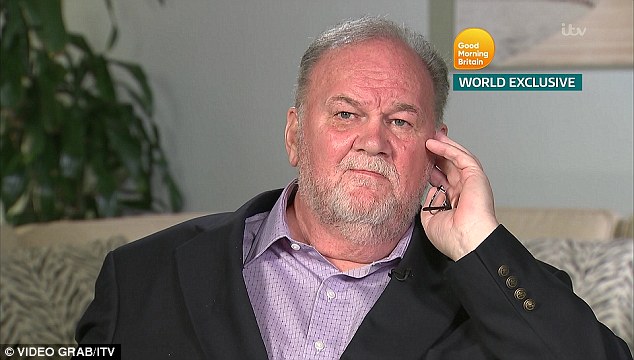 Markle has been met with a ‘wall of silence’ from the palace since his daughter’s wedding to Prince Harry in May.

Princess Diana’s former bodyguard today said that Prince Harry must take responsibility for his role in the Thomas Markle debacle.

In a new interview with Yahoo News’ The Royal Box, retired Metropolitan Police inspector Ken Wharfe, 69, said the royal should have ‘insisted’ that aides were dispatched to help the retired lighting director, 74, cope with media attention surround his daughter’s wedding. 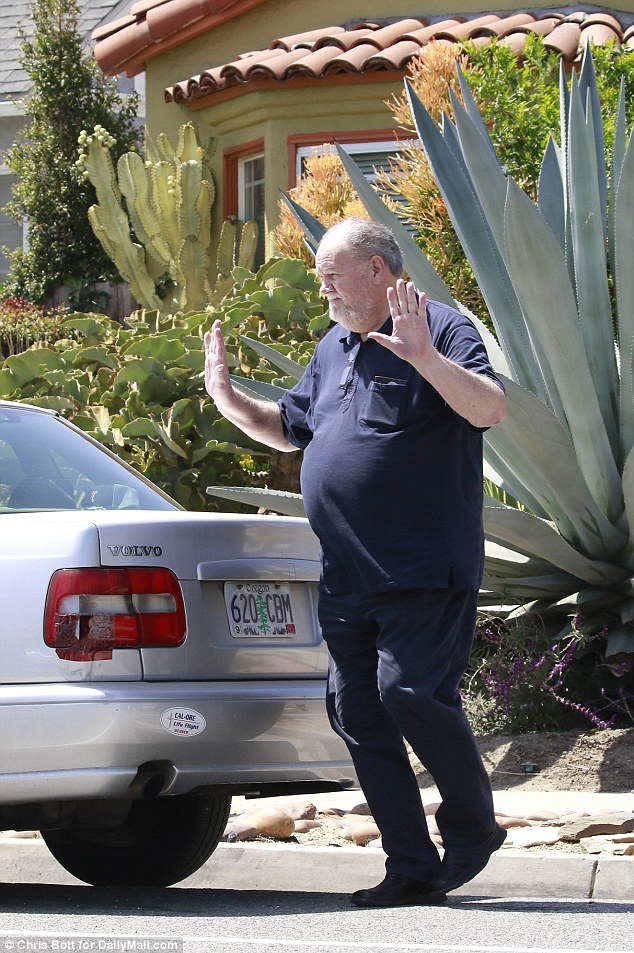 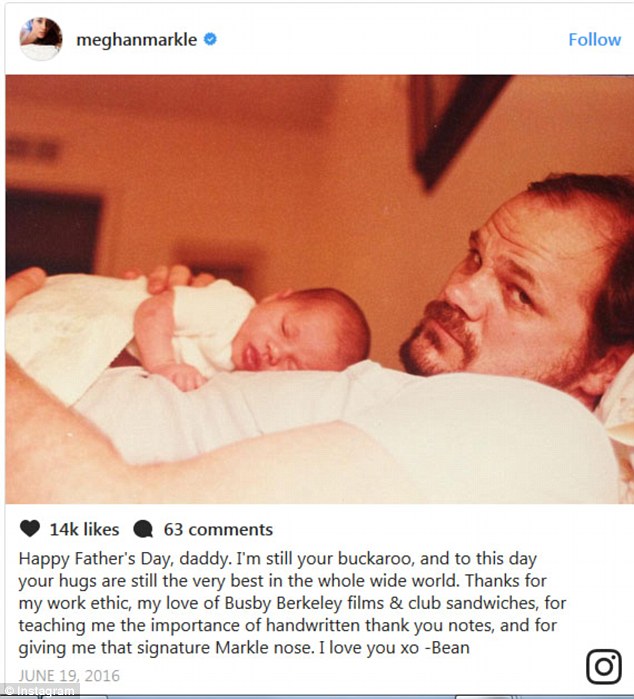 ‘He’s not an unintelligent guy. He’s been through the mill himself, he knows what press intrusion is like. He has a drawbridge and a portcullis to hide behind when they pursue him. Thomas Markle doesn’t.

‘Harry could have done something about that. He may have advised palace officials, maybe he did, but he could have insisted on that. He could well have done, but for some reason it hasn’t happened. 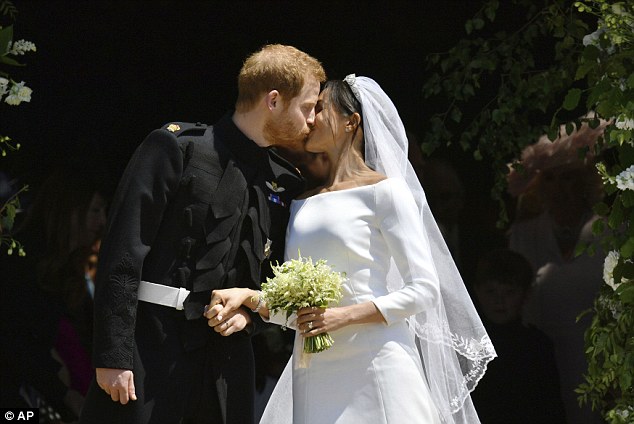 Prince Harry and Meghan Markle leave after their wedding ceremony at St. George’s Chapel in Windsor Castle. Thomas Markle’s relationship with the pair has sourced further since May

And he said that he has sympathy for Mr Markle despite his constant public outbursts, adding: ‘I don’t think we should dismiss her father as someone whose made mistakes here, as an ogre. His behaviour are as a result of poor advice or no advice.’

The whole saga started In May this year when Mr Markle secretly collaborated with a British paparazzi photographer to stage a series of pictures sold to newspapers around the world.

Together with other pictures taken with his co-operation, they will have netted up to £100,000. 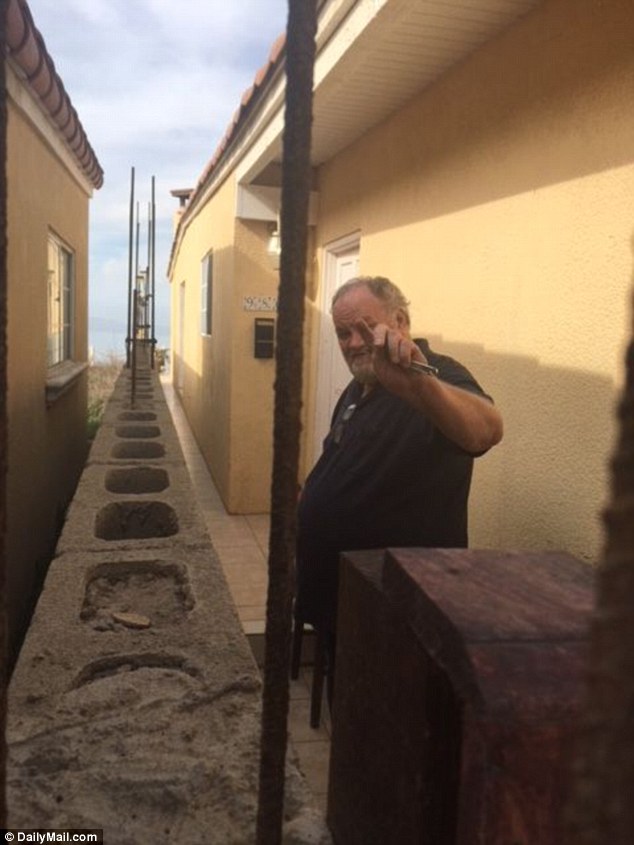 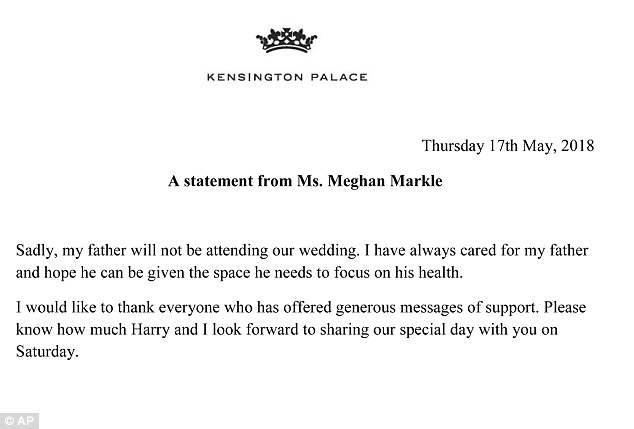 HOW MEGHAN’S BIG DAY WAS UPENDED: TIMELINE TO THOMAS MARKLE’S DECISION TO STAY AWAY

TUESDAY MAY 8: On Monday May 14, Thomas Markle Sr claims he suffered a heart attack six days ago – making it either Tuesday or Wednesday May 8 or 9. He claims he checked himself out of hospital in order to attend the royal wedding. Markle Sr was at his home from Sunday 7 onwards and was not seen leaving it at any time

WEDNESDAY MAY 9: Markle leaves his Mexican home at 8.30pm. He checks into the Rodeway Inn in San Ysidro, just across the U.S. border, and shops at a nearby 7-11. He is seen purchasing Gas X medication, a milkshake and a bottle of Heineken

THURSDAY MAY 10: At 4.10am Markle drives 135 miles to his property in Los Feliz. He picks up mail at UPS before stopping in to CVS to buy his former wife Doria Ragland, Meghan’s mother, a card and returning home. He is later photographed purchasing two Happy Meals and a creamy drink at a McDonalds drive-thru. He also bought a large pot of flowers for his estranged wife from a Home Depot

Later that afternoon, he is pictured dropping off the flowers and card at Doria Ragland’s home. He is then pictured picking up KFC close to the Mexico border as he returns to his Mexico home

FRIDAY MAY 11: Markle remains in his Mexico home

SATURDAY MAY 12: Markle remains in his Mexico home

SUNDAY MAY 13: The Mail on Sunday reveals that Markle has been staging paparazzi photos of himself in the run up to the royal wedding – the photos have raised north of $110,000. Markle remains in his Mexico home

MONDAY May 14: Markle announces he will not attend his daughter’s wedding or walk her down the aisle. According to TMZ, he admitted to staging paparazzi photos in the run up to the wedding. Sources say Kensington Palace was blindsided by the decision. In a statement they say is is a deeply personal matter for Ms Markle

The staged pictures, that included Mr Markle browsing British landmarks online in a branch of Starbucks and looking at pictures of the happy couple, resulted in him not walking his daughter down the aisle.

In fact, Markle played his way out of an invite to the wedding all together.

Just days after the Mail On Sunday revealed the photos were staged for Thomas’s profit, he pulled out of the wedding saying he didn’t want to further embarrass his daughter.

Mr Markle, who had a heart attack a week before, returned hospital after having chest pains. He said a series of tests found that the heart attack had done ‘significant damage’ and revealed he needed immediate surgery – thus missing the wedding.

He said at the time: ‘I hate the idea of missing one of the greatest moments in history and walking my daughter down the aisle.

‘Of course I’d walk her down the aisle. This is a historic moment. I’d like to be a part of history.’

Since missing Meghan’s wedding to Prince Harry on May 19, the relationship between Thomas Markle and the Royal Family became increasingly fractious.

A string of high profile bust ups has led to Mr Markle repeatedly going to the media much to the ire of Kensington Palace.

His latest comments are not likely to be his last as the Mirror reported the 74-year-old is growing increasingly bitter that his children Meghan, Samantha and Thomas Jr are not helping pay for his retirement despite his generosity in the past.

A source close to Markle told the Mirror: ‘He says they have not given him a f***ing dime back. He is growing increasingly bitter about it.’

His resentment has only been compounded by the fact Meghan’s mother Doria Ragland has been embraced by the Royal family, it is claimed.

Doria – the only member of the bride’s family at the royal wedding – is said to be ‘preparing to move to Britain’ to be closer to her daughter.

The 61-year-old is apparently ‘beside herself with excitement’ at soon becoming neighbors of the Duke and Duchess of Sussex.

One friend has said Doria could be making the move as soon as next month, in time for her 62nd birthday.

The Mirror reports that money is what initially caused tension between Thomas and his children after he retired seven years ago.

As drama continues to swirl thanks to Thomas’ continuous public outbursts, eagle-eyed royal fans have also pointed out that Thomas was notably absent from Meghan’s wedding to film producer Trevor Engleson in Jamaica in 2011.

A handful of media outlets have previously reported that he wasn’t there, but his absence takes on a new significance as his difficulties with Meghan, 37, continue to play out in the public eye and indicates that their current issues are nothing new.