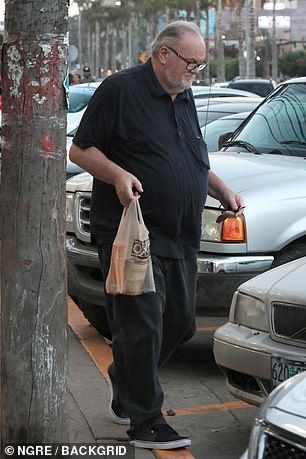 Thomas Markle has been spotted running errands in Mexico following his exclusive interview with the Mail on Sunday, in which he told of his elation at the news of Meghan’s pregnancy.

The proud grandfather-to-be was pictured stepping out in Rosarito, Mexico, Monday where he lives.

The 74-year-old was seen driving his Volvo to get gas and picking up a few items from a local store just one week after news of that the Duke and Duchess of Sussex are expecting their first child.

Mr Markle, said: ‘I was sitting in line waiting to cross the border when I heard the baby announcement on the car radio.

‘The first thing I thought about was holding Meghan in my arms as a newborn 37 years ago.

‘I thought, “My baby is having a baby.” It was a very proud moment.

‘I was filled with love, joy and happiness for both my beautiful daughter and my son-in-law. A new baby is a blessing and I look forward to seeing a little Meghan or a little Harry.’ 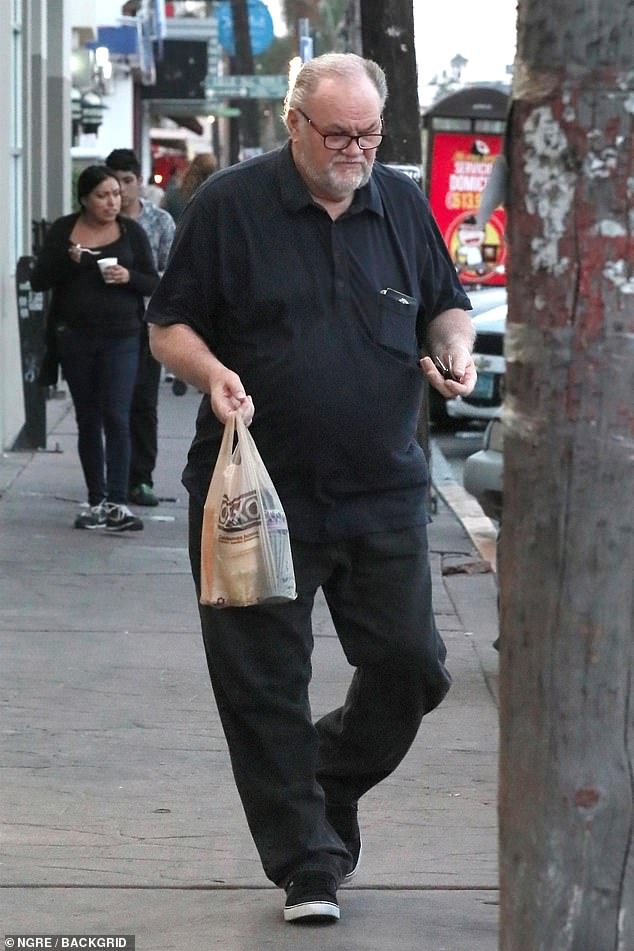 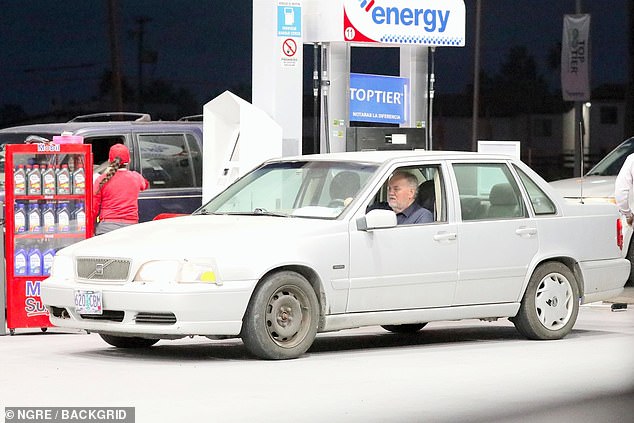 Markle is seen in his Volvo getting gas Monday in Rosarito, Mexico

Mr Markle became estranged from Meghan days before the Royal Wedding in May after hanging up on Prince Harry – the prince had called to chastise him for co-operating with paparazzi pictures which showed, among other things, Mr Markle being ‘fitted’ for a wedding suit.

He was then unable to walk his daughter down the aisle at St George’s Chapel, Windsor, after suffering two heart attacks. In an interview with this newspaper – one of only three he has given – Mr Markle apologized for his lack of judgment in co-operating with the paparazzi.

It was, he said, a misguided attempt to improve his image after being hounded as he went about his daily business.

Mr Markle is yet to meet his son-in-law.

But he said: ‘I don’t want anyone to feel sorry for me. Me not getting a call is most likely a misunderstanding about my two back-to-back heart attacks and me missing the wedding. 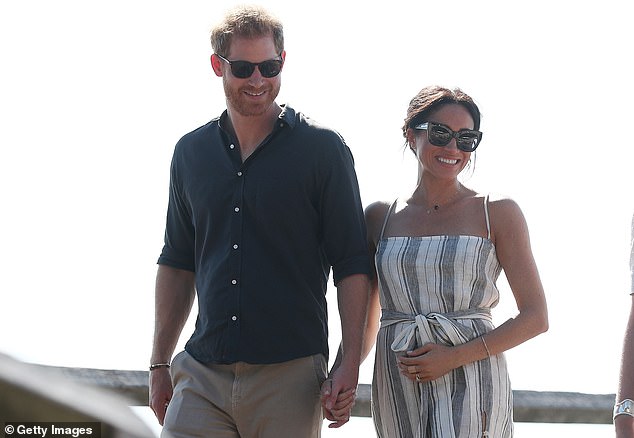 When Kensington Palace made the happy announcement on last week– shortly after the Duke and Duchess of Sussex landed in Sydney for a 16-day Royal tour of Australia, New Zealand, Tonga and Fiji – a spokesman said: ‘The Queen, Duke of Edinburgh, Prince of Wales, Duchess of Cornwall, and Duke and Duchess of Cambridge are delighted for the couple.

‘Ms Doria Ragland is very happy about the lovely news and she looks forward to welcoming her first grandchild.’

It was not known at that stage if Mr Markle had been told. He has denied stories claiming that Doria revealed the news to him before the official announcement.

Meanwhile, Prince Harry and Meghan continue their tour of Australia as they were pictured holding hands as they walked along a jetty on picturesque Fraser Island after the couple were reunited after spending the day apart.

The pregnant Duchess of Sussex had skipped today’s royal engagements to take a well-earned break at the exclusive Kingfisher Bay resort.

Pregnant Meghan was glowing as she arrived by car to meet Prince Harry, having spent the morning at their hotel recuperating from the heavy schedule of the first week of their Commonwealth tour.

And it looked as if the morning’s rest had done her the world of good as she appeared happy and relaxed cradling her baby bump when she took a stroll with her husband before meeting wellwishers. 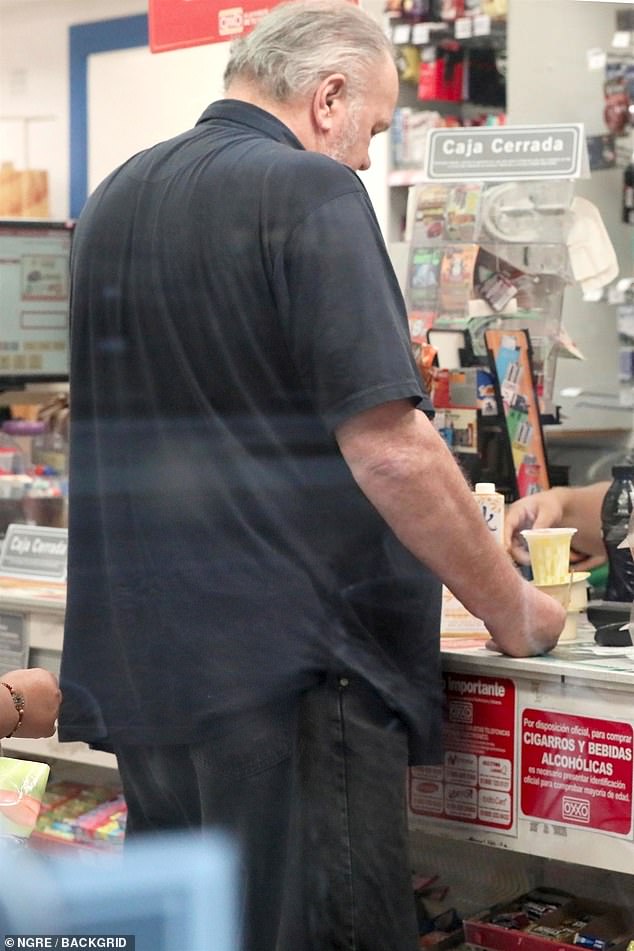 ‘The first thing I thought about was holding Meghan in my arms as a newborn 37 years ago,’ Markle told the newspaper