Kim Jong Un has thanked North Koreans for supporting his leadership in ‘difficult times’ in a rare handwritten New Year letter ahead of a crucial ruling party congress.

Thousands gathered in the capital of Pyongyang’s Kim Il Sung Square which saw fireworks, singing and dancing welcome in the new year.

The leader penned a New Year card to the country’s citizens which was the first of its kind since 1995 amid no confirmed Covid-19 cases in North Korea. 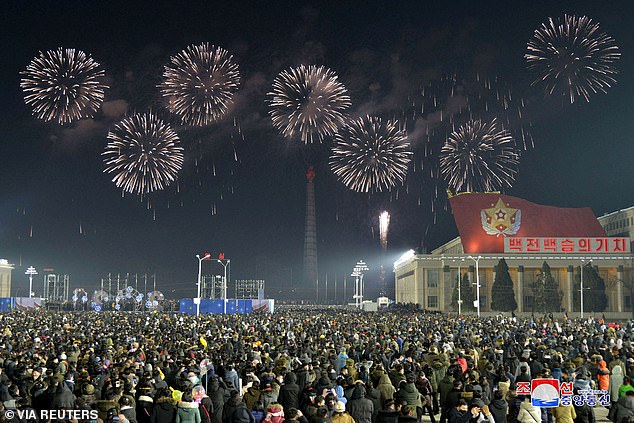 Thousands gathered in the capital of Pyongyang’s Kim Il Sung Square which saw fireworks, singing and dancing welcome in the new year

Kim typically delivers a televised speech on January 1 that is scrutinised by Korea-watchers for signs of where the reclusive state is headed in the new year.

However Kim skipped the occasion last year and replaced it with an address he had delivered at a party meeting the previous year.

It is widely expected that he will again drop the televised speech this year ahead of the country’s first congress in five years. 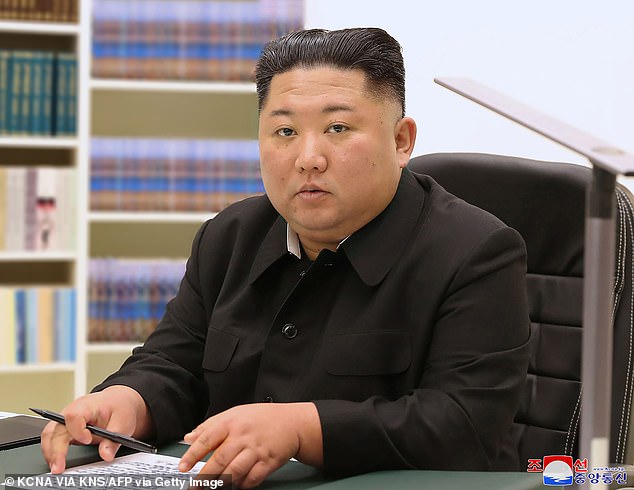 State media have said the event will be held in early January but have yet to specify the exact dates.

South Korean media said it was the first time since 1995 that a North Korean leader has sent a New Year card to the country’s citizens, the last one coming from Kim’s father Kim Jong Il.

‘I sincerely wish all the families across the country greater happiness and beloved people, good health,’ Kim said in the letter carried by the official Korean Central News Agency. 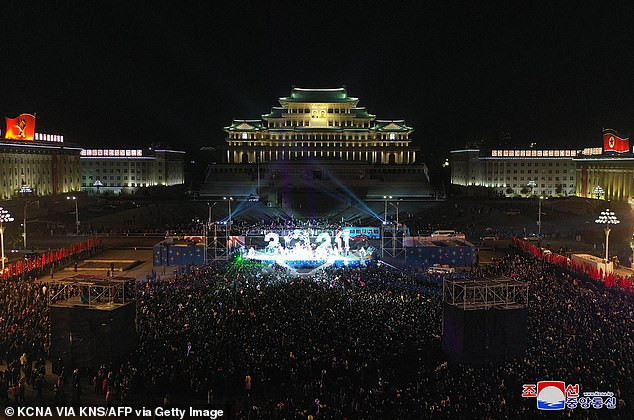 A performance involving dancers, singers and fireworks welcomed in the new year in Kim Il Sung Square in Pyongyang

‘In the new year, too, I will work hard to bring earlier the new era in which the ideals and desires of our people will come true.

‘I offer thanks to the people for having invariably trusted and supported our Party even in the difficult times,’ he added, apparently referring to economic hardship brought by international sanctions and strict anti-coronavirus measures.

Kim also visited the Kumsusan Palace of the Sun mausoleum on the outskirts of Pyongyang at midnight, according to KCNA, to pay his respects to his grandfather and father – North Korean founder Kim Il Sung and his successor Kim Jong Il. 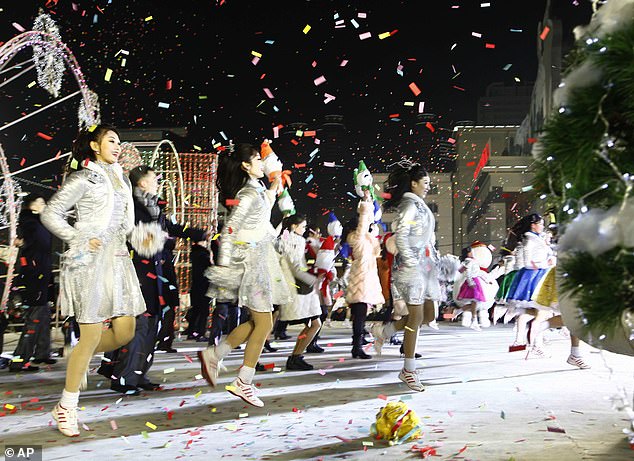 Dancers performed during celebrations to mark the New Year, at Kim Il Sung Square in Pyongyang

The congress, which is expected to set out a new economic and political plan, will be the first such meeting in five years, and only the eighth in North Korea’s history.

The congress is expected to take place ahead of the January 20 inauguration of Joe Biden as US president. 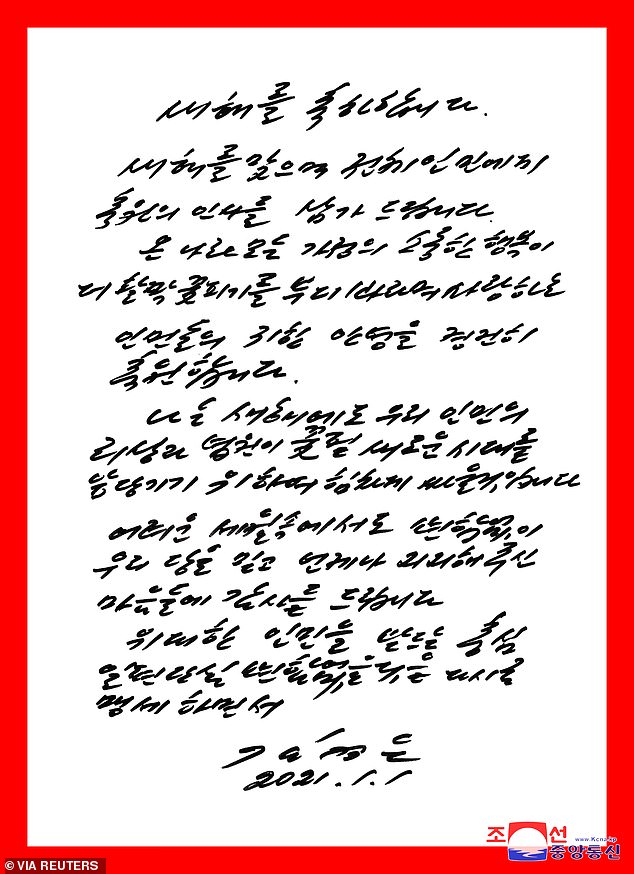 South Korean media said it was the first time since 1995 that a North Korean leader has sent a New Year card (pictured) to the country’s citizens, the last one coming from Kim’s father Kim Jong Il

Relations with the United States have been deadlocked since talks between President Donald Trump and Kim stalled early last year.

Nuclear negotiations between Pyongyang and the Trump administration ground to a halt after the collapse of the Hanoi summit in early 2019 over sanctions relief.

The incoming US president has characterised Kim as a ‘thug’, while Pyongyang has called Biden a ‘rabid dog’.