Three British tourists were killed during dream Cayman Islands holiday when poachers smashed into their car while being chased by police, inquest hears

Three British tourists were killed in a horrific crash on the Cayman Islands when a poacher being chased by police smashed into their hire car, an inquest heard today.

Retired husband and wife Ian and Pamela Mansell, 72 and 74, and Mrs Mansell’s sister Marlene Wright, 60, were enjoying a dream holiday on Grand Cayman when they were killed on May 2, 2017.

All three died instantly when a 22-year-old driver of a black Honda Accord smashed into them head-on at 57mph. 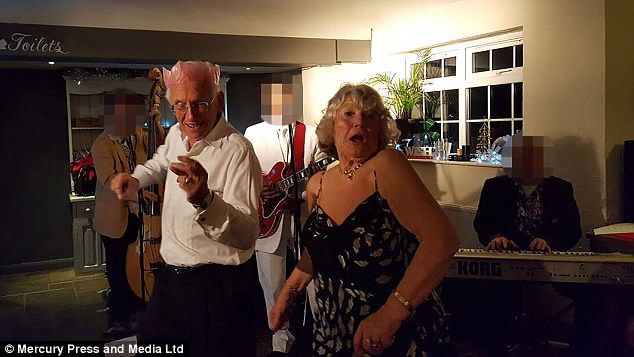 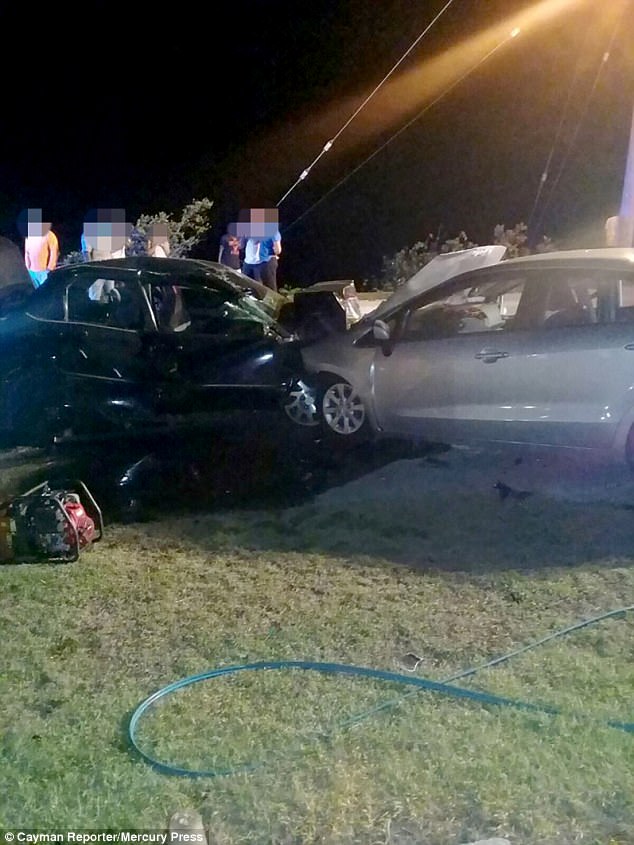 The crash involved their hire car and another being driven by a 22-year-old who also died. Police said they struggled to think of a worse crash on the island

The Jamaican driver, Shannay Delapenha, who also died, was found to have been travelling with a ‘significant number’ of poached conch shells – two days outside the date when it is illegal to collect them in the Cayman Islands.

Anyone caught with illegally fished conch can face serious punishment from island authorities as they try to protect the under threat species from exploitation.

IT consultant Mr Mansell and his health professional wife lived in Farnham, Surrey. Friends described them as a ‘sweet couple who loved to dance.’

Tragic pictures show the happy couple dancing in their hotel the night before the crash.

An inquest into their deaths today revealed the Honda Accord travelled round a bend late at night at such speed Mr Mansell – who was driving a hired Kia Rio – didn’t have time to move out of the way.

Cayman Islands traffic crash investigator Lenford Butler, who arrived at the scene of the collision, said in a statement: ‘[The Honda] passed a marked police car going in the opposite direction.

‘[The police officer driving the car], locked in the speed of the Honda as 57mph as it passed in the 30mph limit. 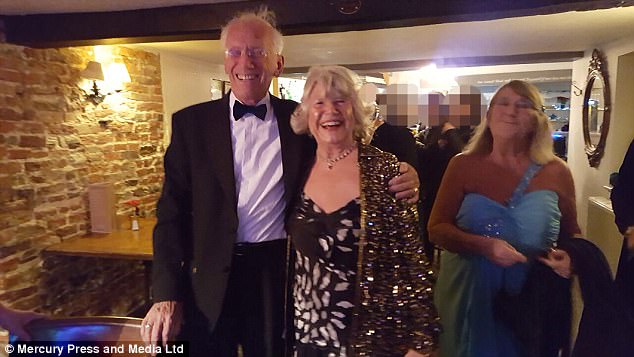 The pair were on holiday with Pamela’s sister Marlene, in blue, who used to travel with them after her husband died a few years ago. All three died in the smash 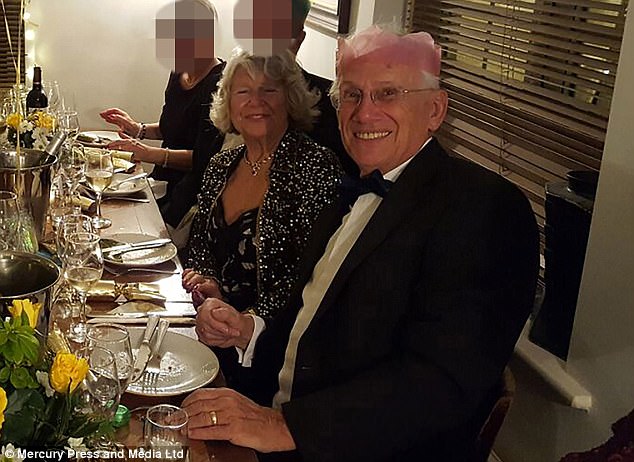 The couple did not have children, but friends have told of how they were involved in village life and were well-thought of by neighbours

‘The police officer engaged the car’s blue lights. The Honda continued on the eastbound lane towards the bend.

‘Due to the fact the Honda was travelling at a greater speed, the force of the Honda pushed back the Kia.

‘The Honda did not follow the curvature of the right hand bend and drifted over the centre line.

‘The driver of the Kia didn’t have time to react to the Honda.’

On the Cayman Islands, the open season for conch collecting begins on November 1 and runs until April 30 each year. 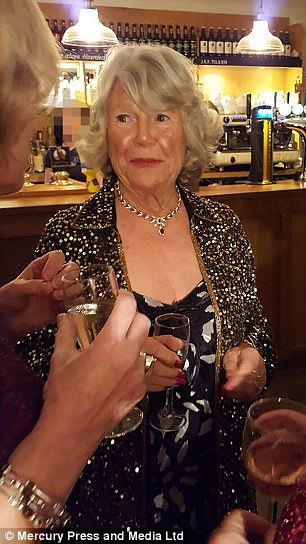 Pamela, above, and her husband Ian had just celebrated their golden wedding anniversary with a big party

During that time, up to five conch can be taken from the water per person or 10 per boat per day, whichever is less, according to regulations.

Conch – the shell that played a significant role in William Golding’s famed novel Lord of the Flies – can only be taken from areas that are not within designated marine protected areas around the three islands, including Wildlife Interaction Zones.

Concluding today’s hearing at Basingstoke Coroner’s Court, Coroner Andrew Bradley said: ‘On May 2, 2017, Ian Mansell was driving his car along Austin Connolly Drive in the hours of darkness.

‘He was struck by an oncoming car which failed to navigate a bend and collided with him head on.

‘The verdict I enter is the accidental death verdict because I don’t think the driver of the Honda set out to kill the Mansells.’

An inquest into the death of Mr Delapenha earlier this year in the Cayman Islands concluded that he died of blunt force trauma to the head and body in an act of ‘misadventure’.

Two passengers in the Honda – an 11 year old boy and a 26 year old – received hospital treatment following the crash.

After the inquest, Roger Trout paid tribute to his neighbours Mr and Mrs Mansell, who served for many years on the General Medical Council and the Health and Care Professions Council.

Mr Trout said: ‘They were wonderful people, most often the life and soul of the party.

‘Their death was a huge shock for a great number of people. I think 250 people attended the funeral.’

The Mansells had no children and left their assets to charities and their two pet cats.