Three generations of a family have defied odds of 48 million-to-one after being born on the same day.

Shaun Strong, 50, and daughter Paige, 25, were celebrating their joint birthdays on June 30 when she gave birth to baby Marley.

Now they all have the same birthday, at exactly 25 intervals, and have defied bookies Ladbrokes who claim the chances of three members of the same family having the same birthday are 48,000,000-to-one.

Paige went into labour as her and her father celebrated their birthdays with a barbecue at his house in Braunstone, Leicestershire.

Just a few minutes after she gave her father his birthday present, her waters broke and she was rushed to hospital. 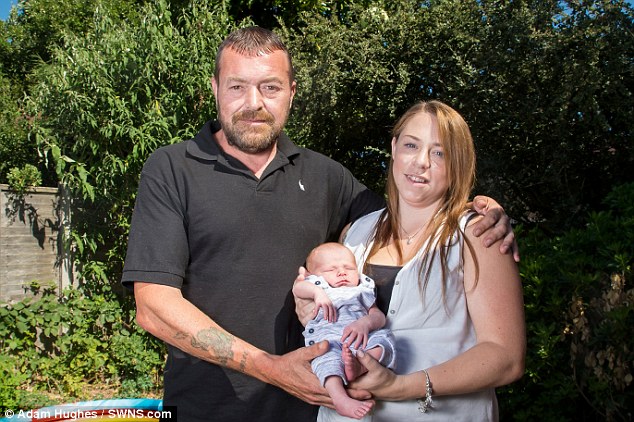 Paige, and her partner Nick Warner, 32, a scaffolder, were able to return home later that day to introduce Marley to his grandfather.

Teaching assistant Paige, who also has two-and-a-half-year-old son Reggie-James, said: ‘I woke up at 4am and I realised I was having labour pains.

‘We went to my mum and dad’s and started the birthday celebrations with a barbecue.

‘Guests started arriving and my pains started getting quicker and more painful. 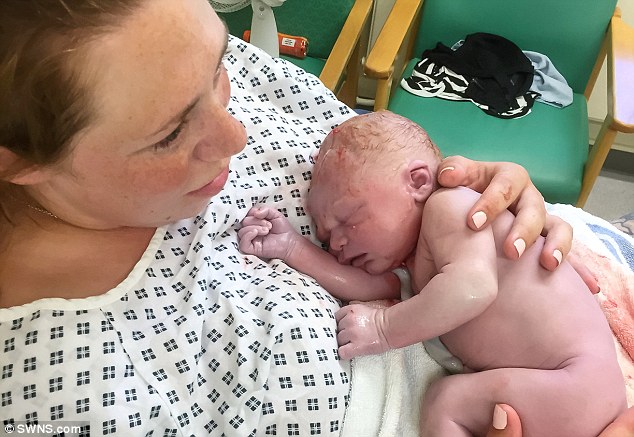 ‘The last quests arrived at 3.20pm, which I was holding out for so I could give dad my present.

‘I got discharged and arrived back at my mum and dad’s at 11pm. We did quick introductions before going home.

‘The birth was very quick. My last birth was a struggle – I had Reggie-James two-and-a-half years ago.

‘It’s pure madness that we all have the same birthday.

‘My dad was adamant it was going to happen that day. I thought no way would it happen. It was quite a shock to find I was in labour. It’s quite magical really.

‘Everyone was just amazed – they’re all pretty gobsmacked. On any day he could have come, that’s the day he chose to make his appearance.’ 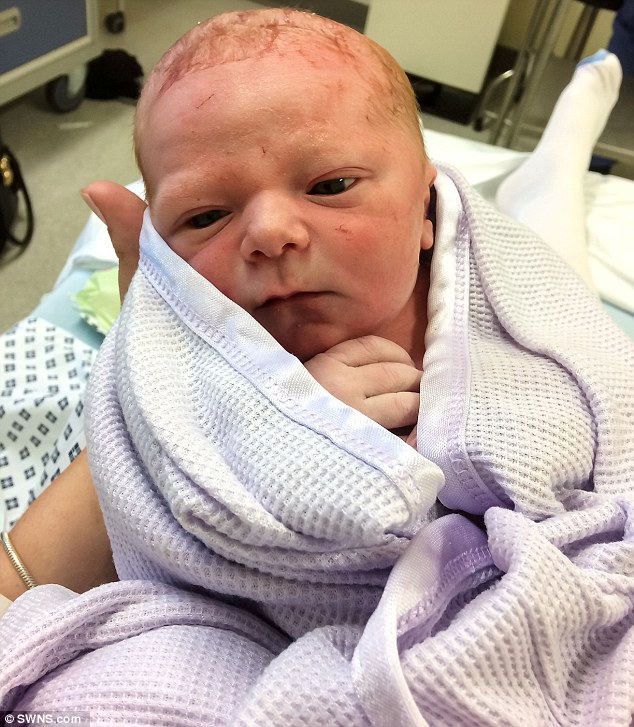 Shaun, a kitchen and furniture fitter, said: ‘The fact we are all 25 years apart I thought was a bit incredible.

‘Marley had been due the next day – it wasn’t a surprise to me that he was born on the same day as me.

‘The party was surreal – nobody knew what to do with themselves. She just hung on until the last minute.

‘It was a hard one for everyone to digest at the start. Now everyone is so amazed. They could have all been born on one birthday but not necessarily 25 years apart. 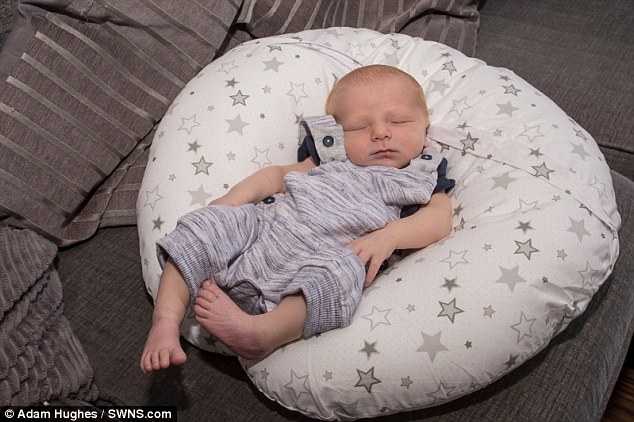 ‘Everybody is quite amazed to be fair.

‘June 30 is going to be a very expensive day from now on but I’m delighted to share a birthday with not only my daughter but now my grandson too.

‘For my present, they all chipped in and got me a personalised number plate.. My initials are SAS so it spells N888 SAS.

‘It was excellent but the second gift was better – meeting Marley.’ 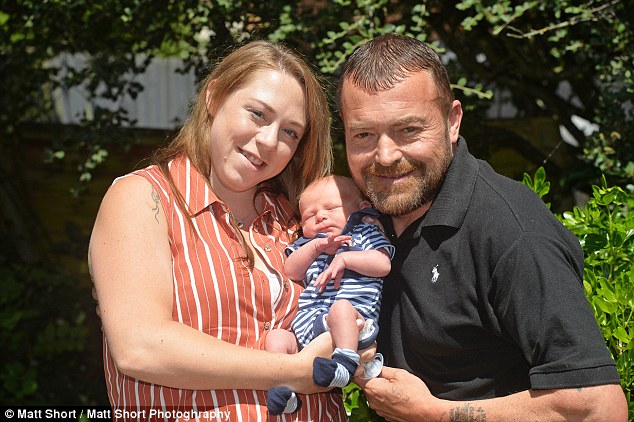