SEVENTY-FIVE percent of Americans don’t kiss their partner when they wake up because of dreadful morning breath, according to new research.

A poll of 3,000 Americans found 81 percent said bad breath is a massive turn-off, and nearly a quarter (22 percent) have actually broken things off with a partner because of a bad breath issue. 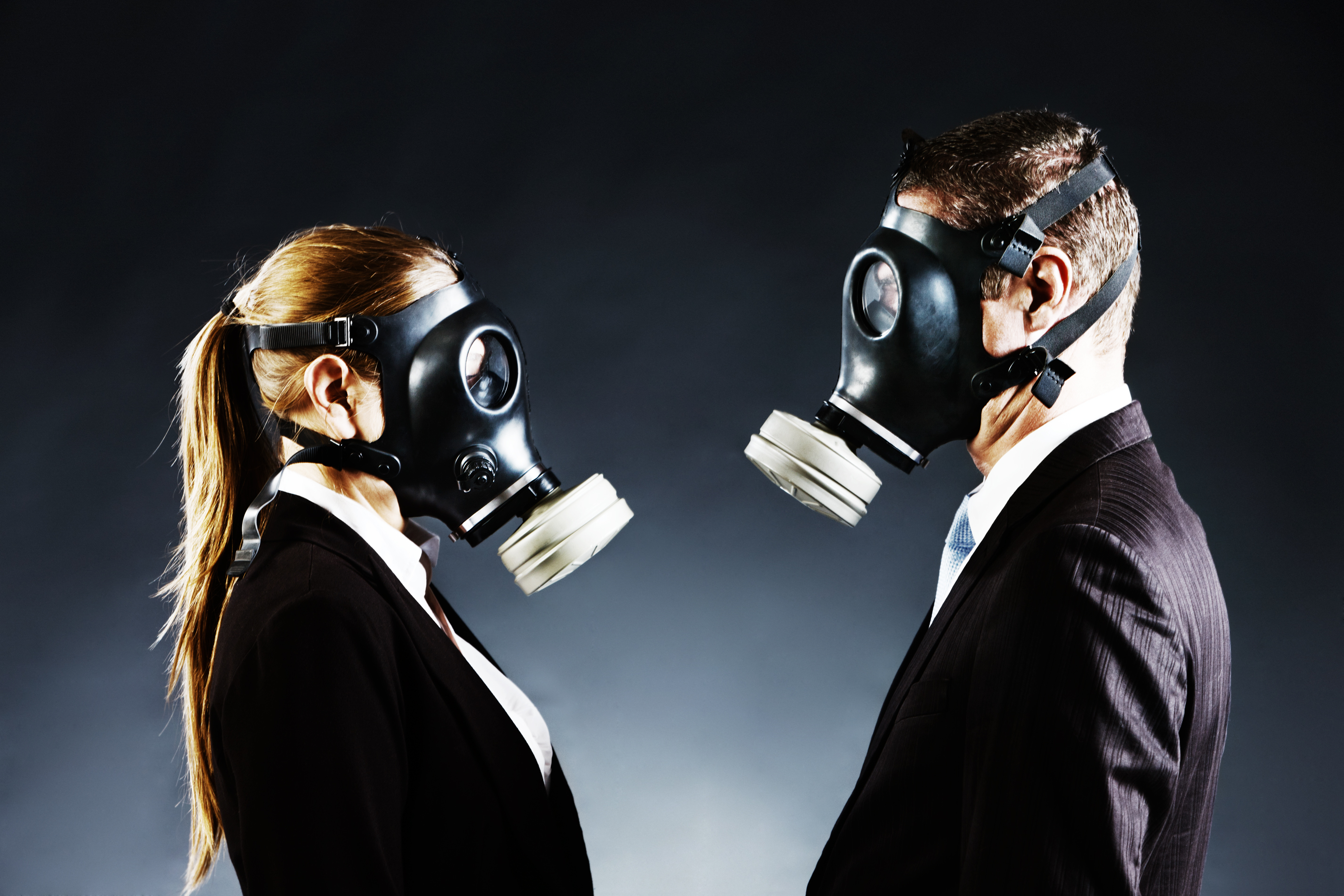 Survey respondents are paying more attention to their breath in recent months as results revealed 57 percent of those studied said COVID-19 and wearing a mask has made them much more aware of their own bad breath.

The study, conducted by OnePoll in conjunction with Dr. Squatch, aimed to uncover how people approach their morning and nighttime teeth brushing routines — and looked at their concerns regarding bad breath.

Over half (52 percent) of respondents are concerned about their bad breath because they don’t want to be perceived as being "dirty."

Another 41 percent said they worry about having bad breath because they don’t want to come off as being unattractive. 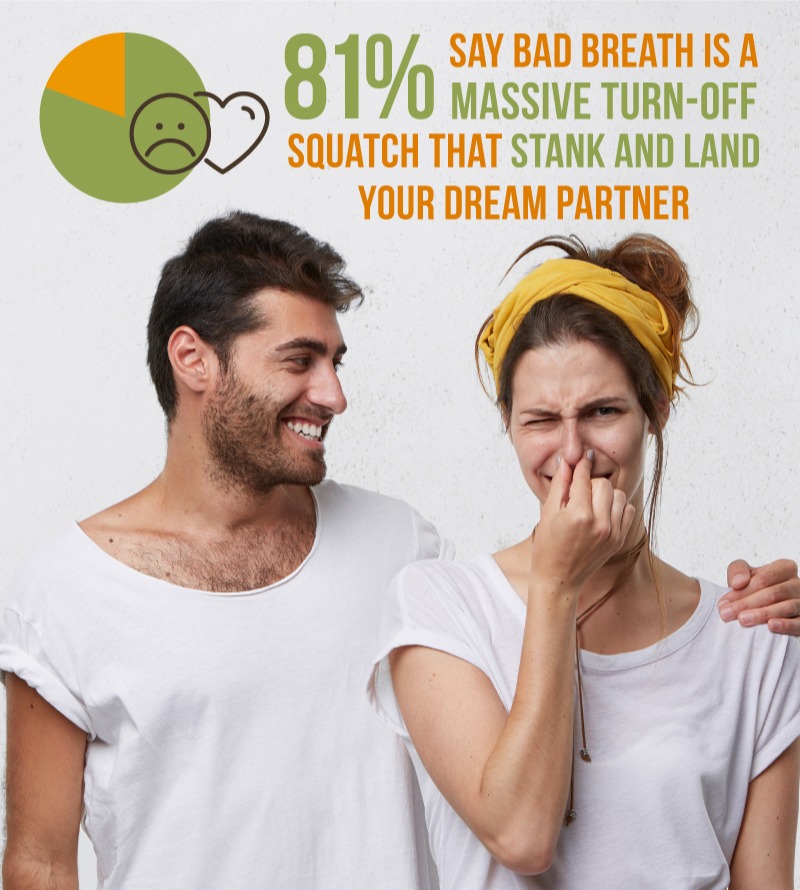 While 36 percent fret that their bad breath may stop people from taking them seriously.

It may be their own fault, as 35 percent of Americans polled admit they don’t brush their teeth twice a day — and nearly one in 10 respondents said they don’t even brush once a day.

For many, brushing their teeth is a necessary chore in order to feel like a person.

In the mornings, 79 percent said they have to brush their teeth otherwise they’ll feel off for the entire rest of the day. 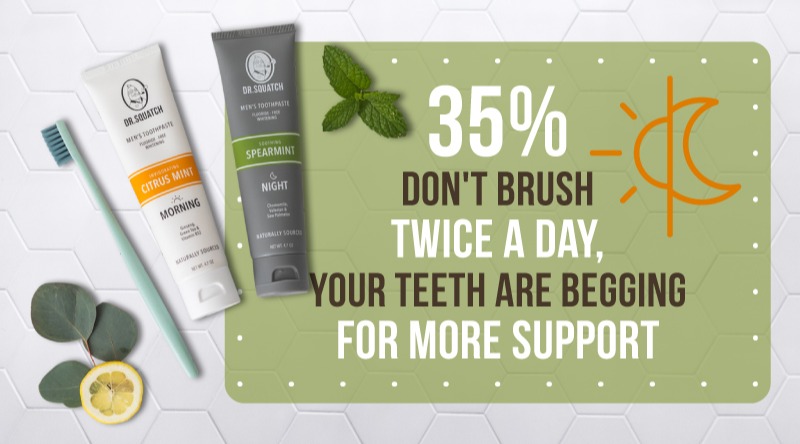 What's more, the average respondent said they can only go 14 minutes after they wake up with unbrushed teeth before they start to feel gross.

"Even though people feel strongly that brushing their teeth is an important part of their daily lives, it's clear that there's major room for improvement in the experience," said a spokesperson for Dr. Squatch.

"We wanted to elevate brushing from a bothersome chore that you have to force yourself to do twice a day, to an engaging part of a healthy morning and night routine."

For 63 percent of respondents, if they don’t brush their teeth in the evening, they won’t have a good night’s sleep.

Nighttime brushing can also curb the temptation to a late-night snack, and 63 percent of Americans said they sometimes brush to stop themselves from eating. 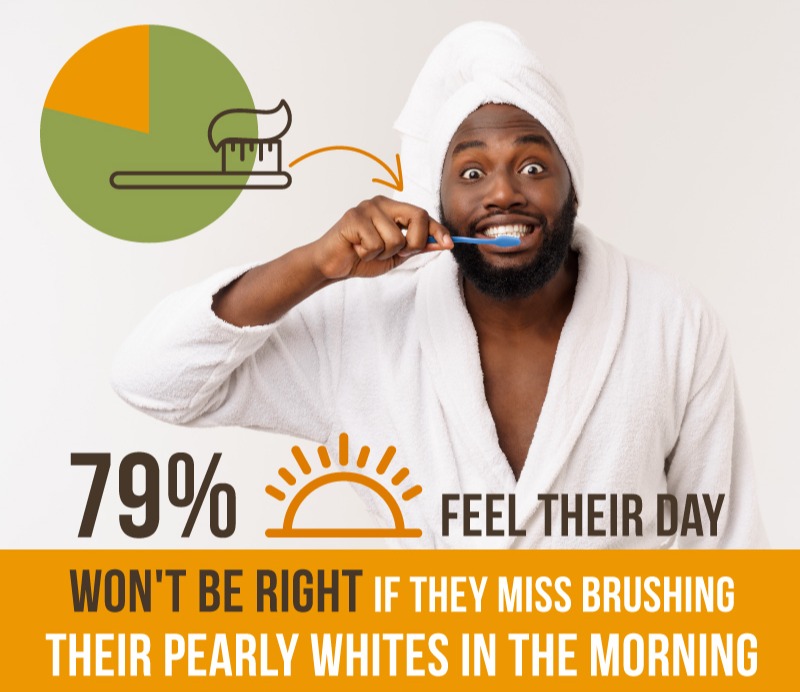 And while nearly half (47 percent) have both a morning and evening routine — 36 percent of respondents are more likely to miss their nighttime brushing routine most frequently.

"We all know how hard it is to build new habits and routines. People are looking for a toothpaste that provides health benefits tailored specifically to their daily routines and needs at different times of the day," added a spokesperson for Dr. Squatch.

"Your morning mouth and night mouth are not the same, our dynamic duo divides and conquers to give your teeth exactly what they need when they need it."