THREE people were taken to hospital with burns after four luxury boats were engulfed in flames at a marina after the hot weather ignited a patch of FUEL.

A woman in her 60s was airlifted to hospital and two others hurt after the explosion and inferno sparked as temperatures reached record levels. 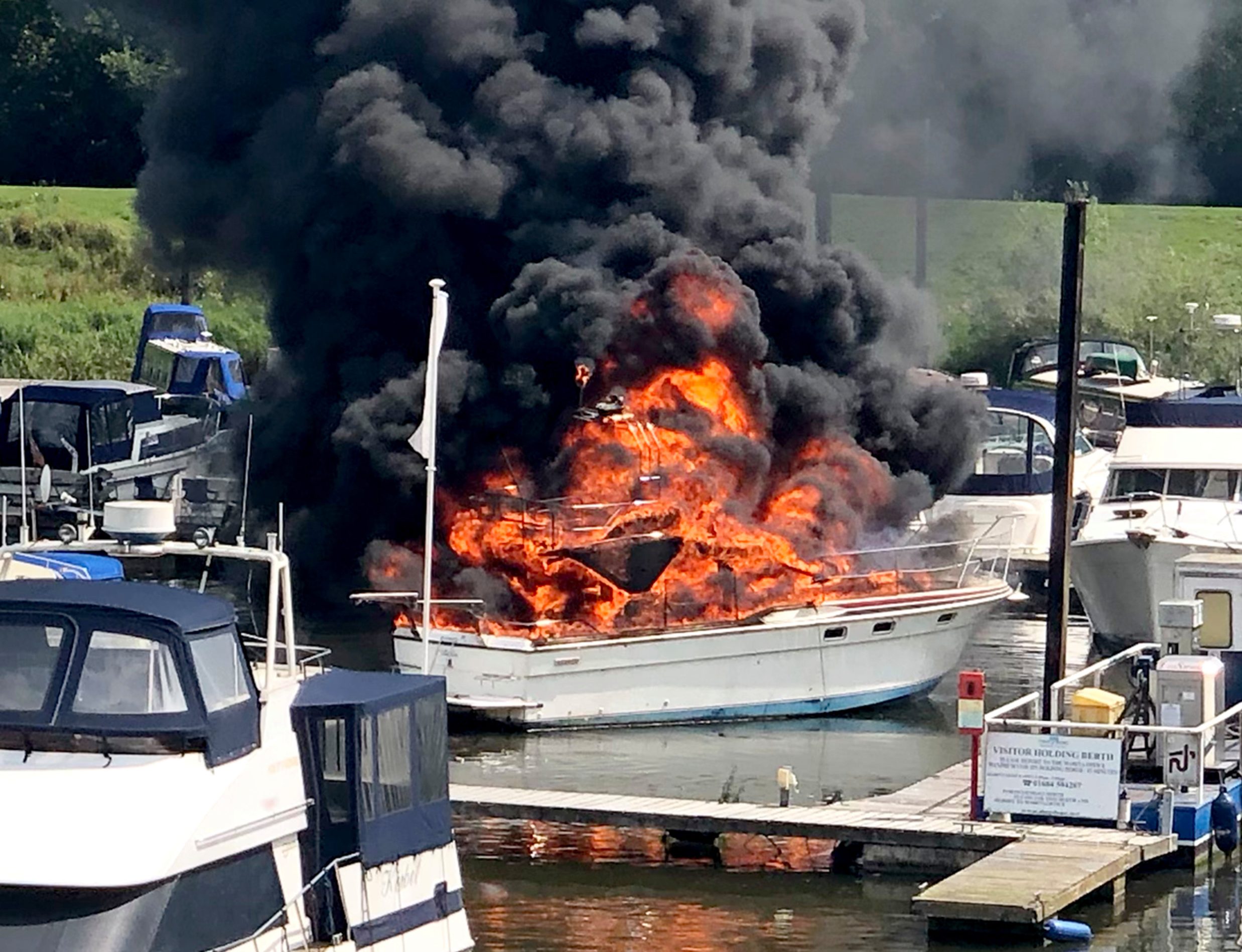 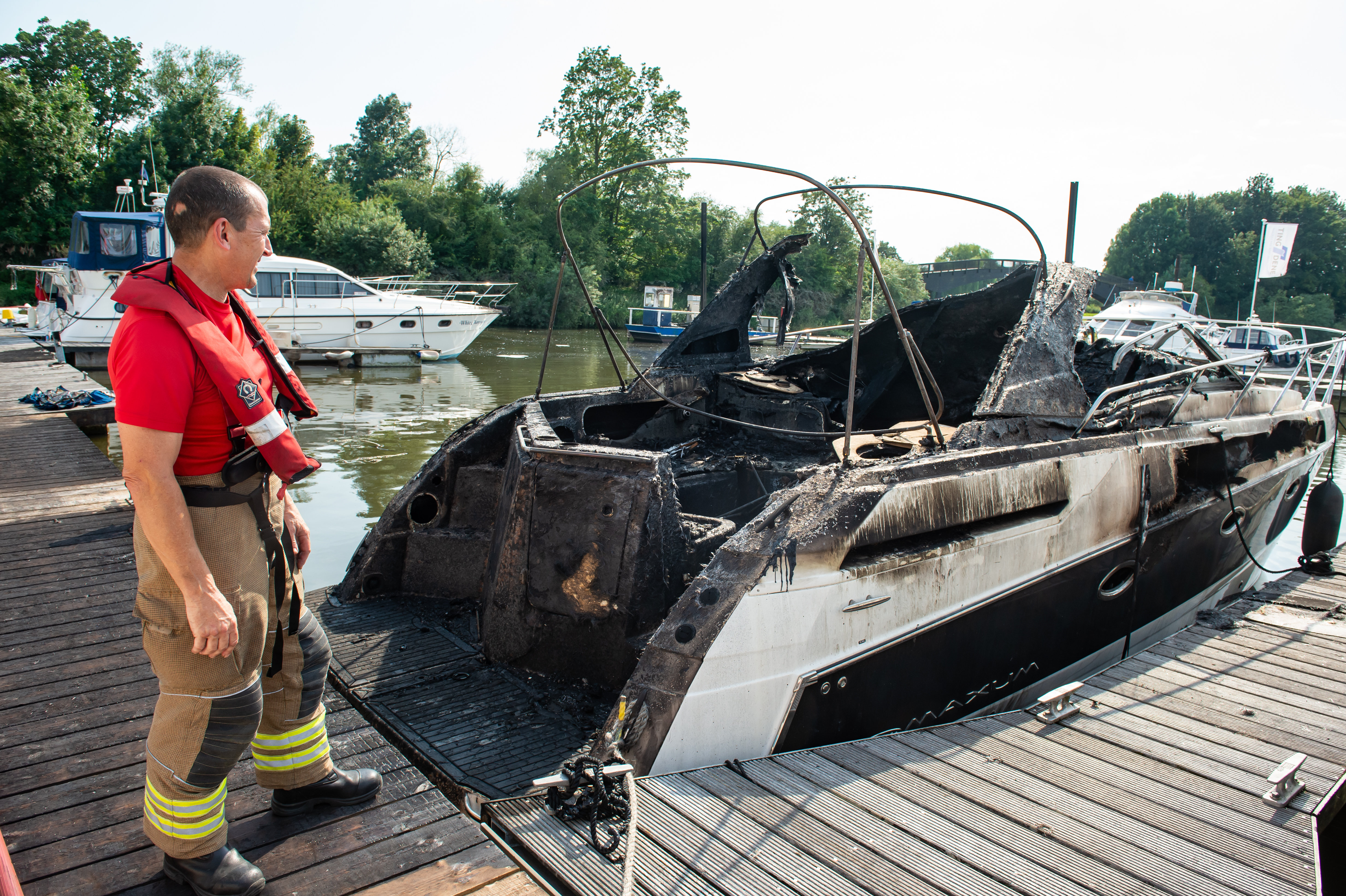 More than 20 firefighters, along with ambulance crews and cops dashed to Upton Marina, in Upton-upon-Severn, Worcs.

Eyewitnesses reported seeing one 25ft-long yacht sink after being engulfed in flames.

One onlooker said: "My friend was working nearby and said there was a huge bang. It's early days but the hot weather might be to blame.

"It's unlikely they caused the gas cylinders to explode but there's plenty on board which could go up."

Group commander Mick Cadman, of Hereford and Worcestershire Fire and Rescue Service, said: "The general advice we are giving is to handle fuel with extra care in hot weather."

Two ambulances, the Midlands Air Ambulance from Stresham, the Hazardous Area Response Team and three paramedic officers were sent to the scene.

A West Midlands Ambulance Service said: "We were called to reports of patients who had suffered burns after a fire and an explosion.

"On arrival ambulance staff found three patients who had come off one boat and who had been injured. The fire on the first boat had spread to two others.

"A woman in her 60s was airlifted to Queen Elizabeth Hospital Birmingham in a serious condition. A man in his 30s was taken by road to the same hospital with less serious injuries.

"A second woman in her 60s was taken to Worcestershire Royal Hospital for further treatment.

"The Hazardous Area Response Team are remaining at the site until the fire service have got the fires under control." 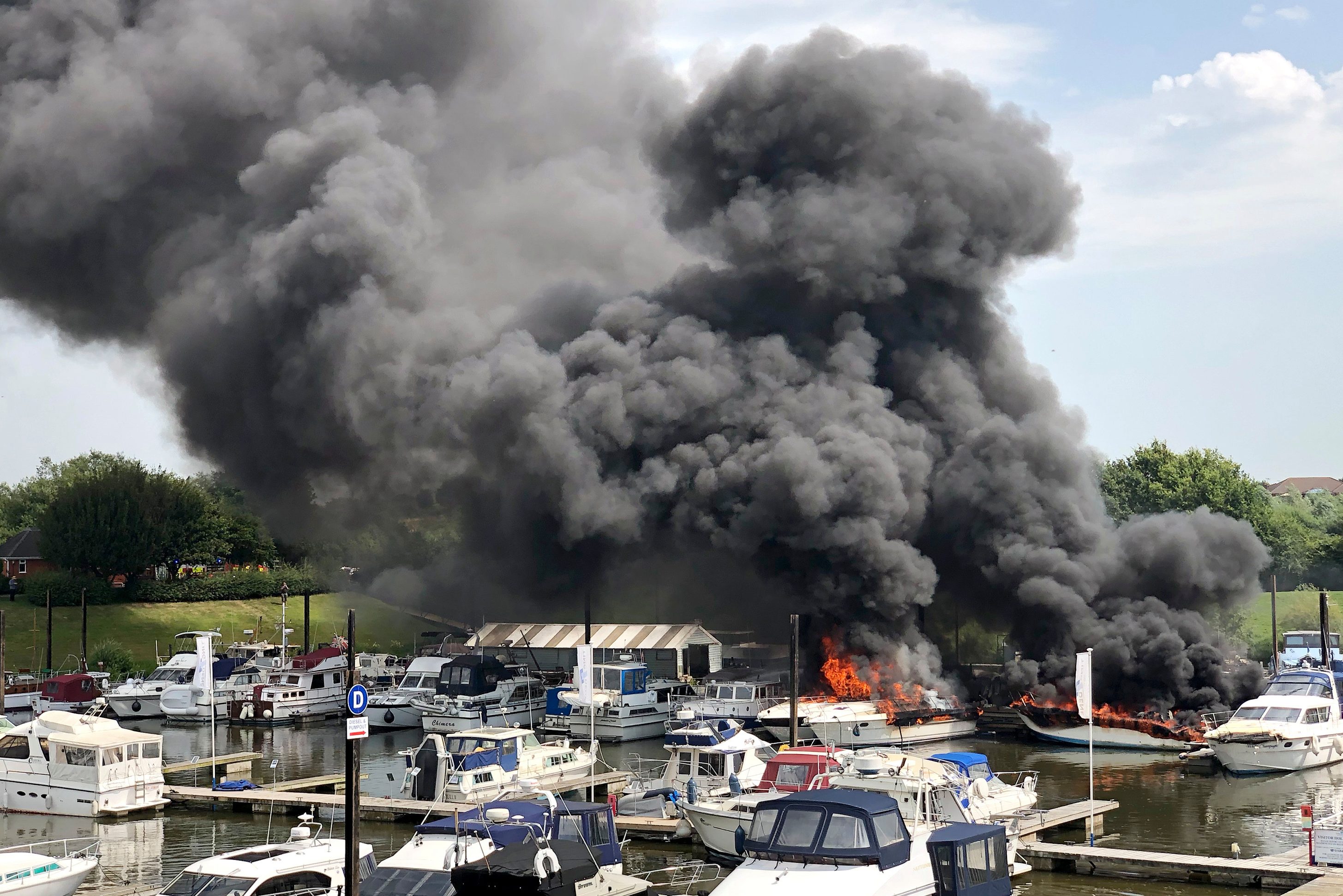 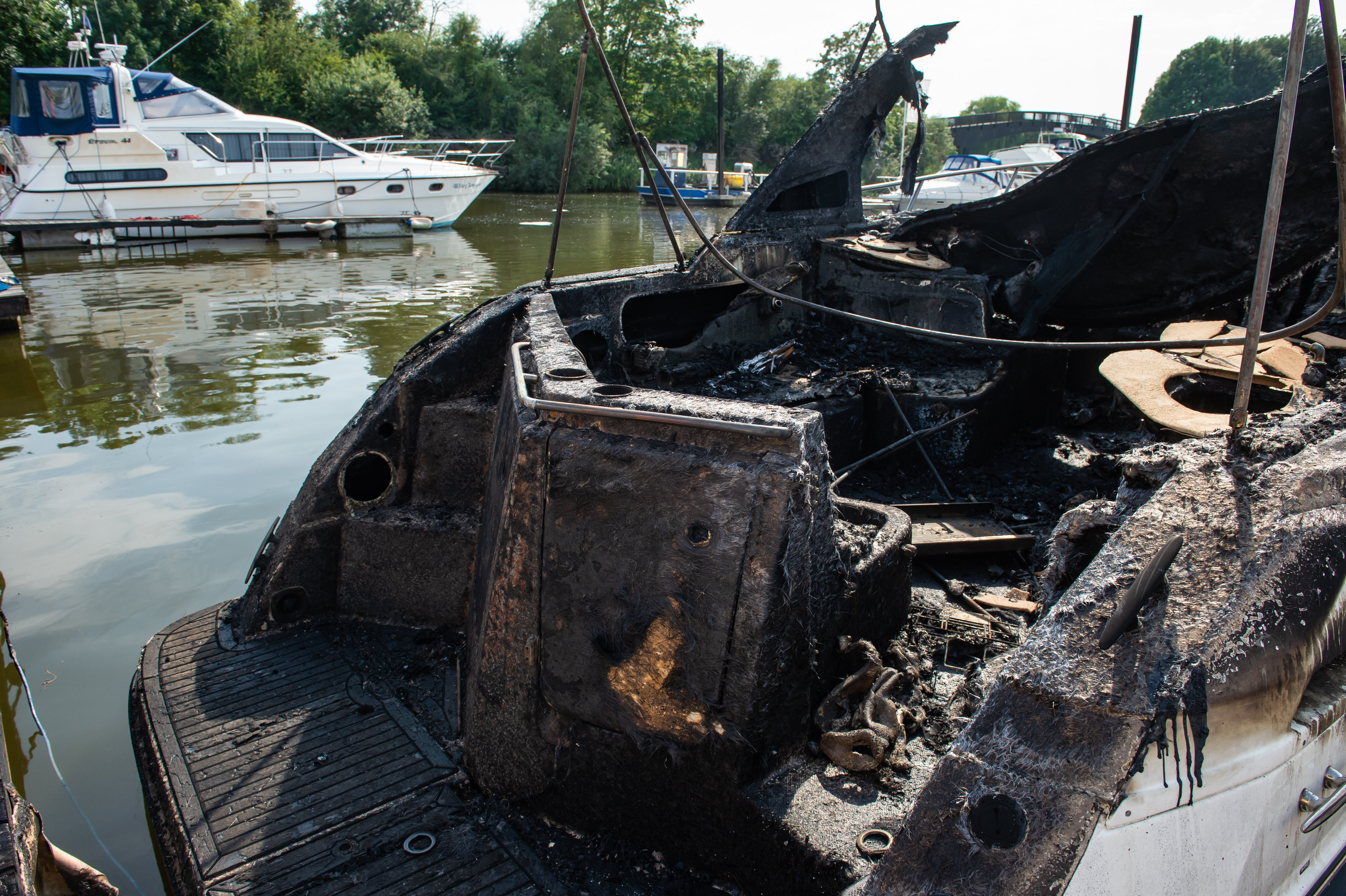 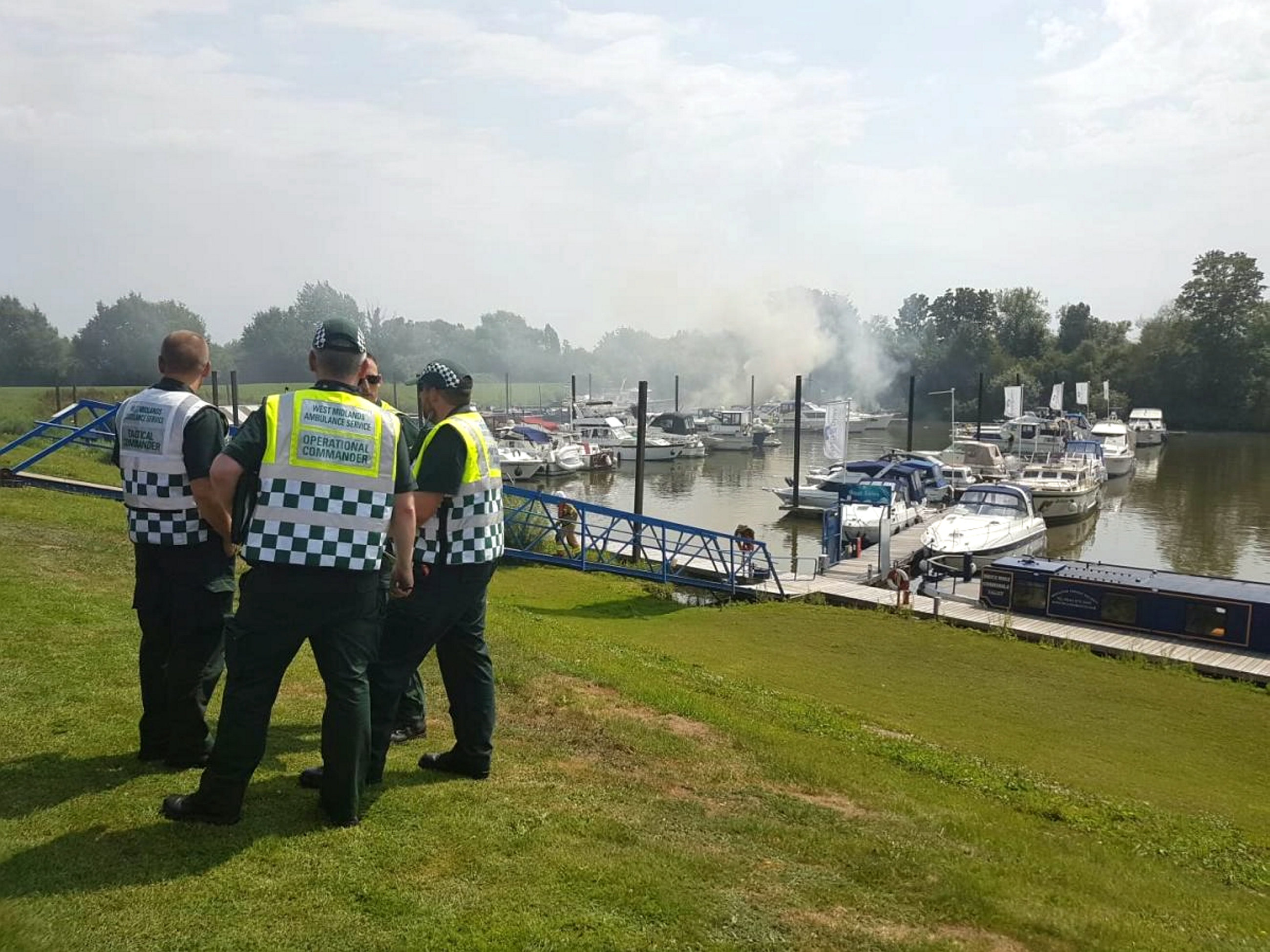