Three police officers have been found guilty of murder in a potentially landmark ruling for the ongoing war on drugs in the Philippines.

After a six-month trial, officers Arnel Oares, Jeremias Pereda and Jerwin Cruz were sentenced to 40 years in prison without the possibility of parole for the killing of 17-year-old student Kian Loyd delos Santos. 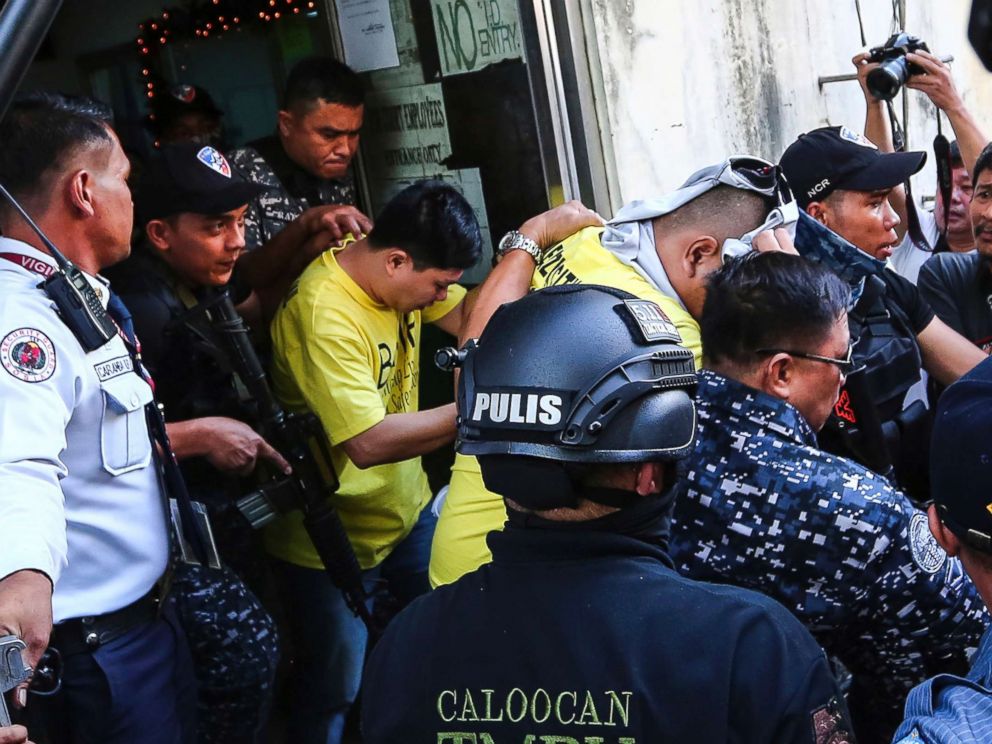 “A shoot first, think later attitude can never be countenanced in a civilized society,” said presiding judge Rodolfo Azucena Jr., according to the Associated Press. “Never has homicide or murder been a function of law enforcement,” he added.

The Regional Trial Court ruled against the policemen’s argument that delos Santos had resisted arrest during a drugs raid when he was killed in August 2017.

Philippine President Rodrigo Duterte was elected in 2016, in part for his promises to clamp down on the illegal drug trade. He has pursued a “zero tolerance” war on drugs in the Philippines that has drawn widespread international condemnation for his promotion of extrajudicial tactics to crack down on drug dealers. “Do it yourself if you have the gun. You have my support,” he told the crowd at his election victory party in June of 2016.

Salvador S. Panelo, the chief presidential legal counsel and presidential spokesperson, praised the convictions in a Facebook post and said Duterte “has been equally harsh to wrong-doers in the government as he is to criminals.”

“The decision of the Caloocan Regional Trial Court Branch 125 which found guilty the three policemen of murder on the Kian de los Santos case is a triumph of the justice system in the Philippines,” he wrote. 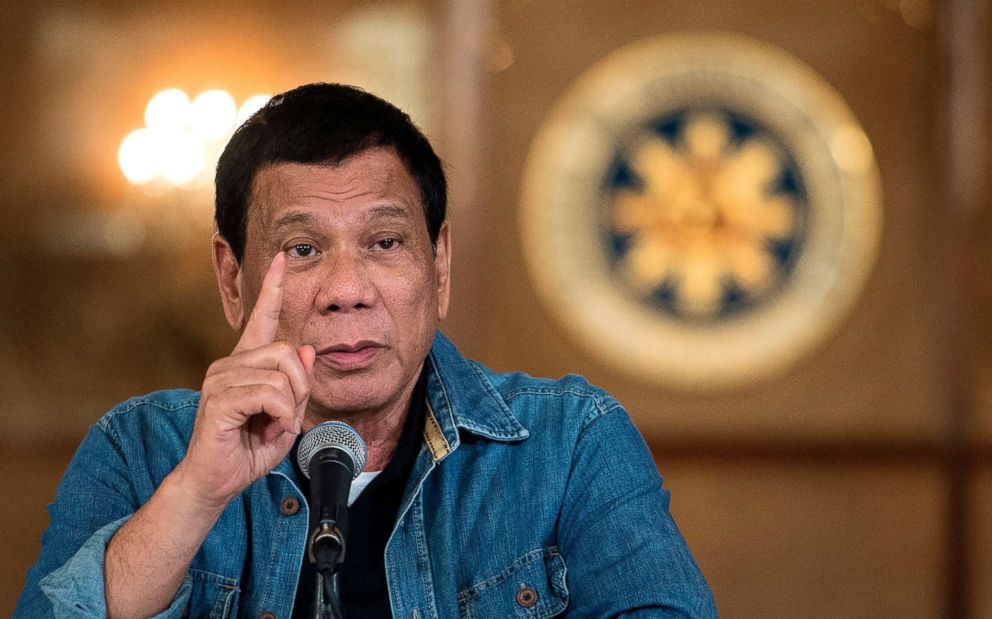 The Philippine government has regularly defended its policies. In 2017, the Philippine National Police claimed that the war on drugs had led to the surrender of nearly 90,000 “drug pushers” to the authorities and a 26.45 percent reduction in the size of the total drug market. 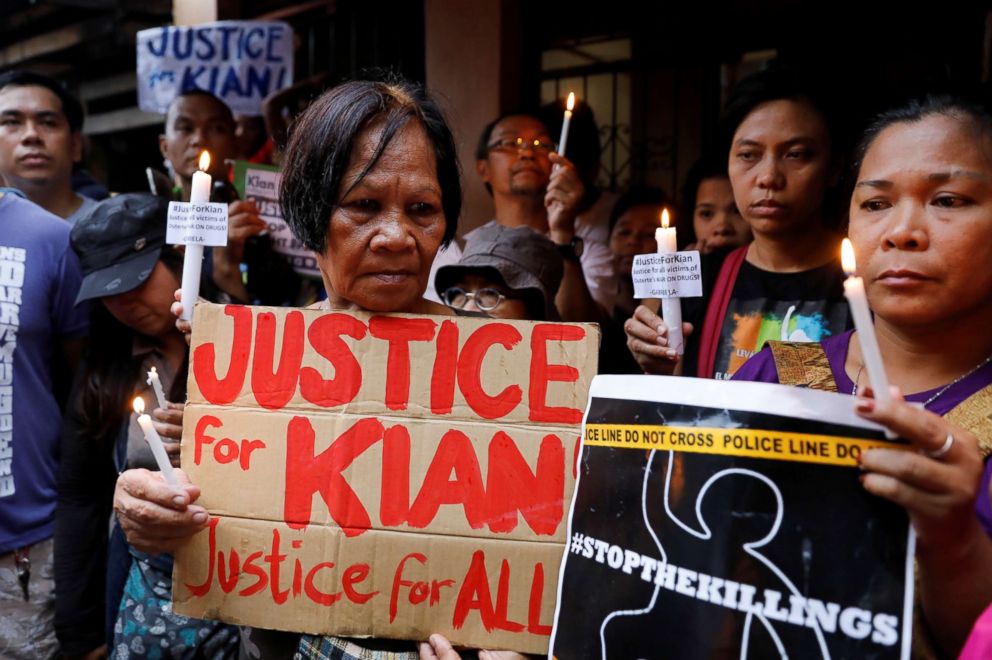 Human Rights Watch, a nongovernmental organization, estimates that the war on drugs has claimed over 12,000 lives since Duterte took office, with over 2,500 deaths directly attributable to the national police force.

The International Drug Policy Consortium, a collection of NGOs campaigning to promote open debate on drug policy, told ABC News that the conviction of the three police officers does “not go far enough.”

“Duterte’s murderous war on drugs cannot be justified under any circumstances,” said Executive Director Ann Fordham. “Duterte claimed that his approach would make the Philippines safer and more secure but inciting extra-judicial killings with a flagrant disregard for due process and the rule of law does not contribute to the safety and well-being of communities.” 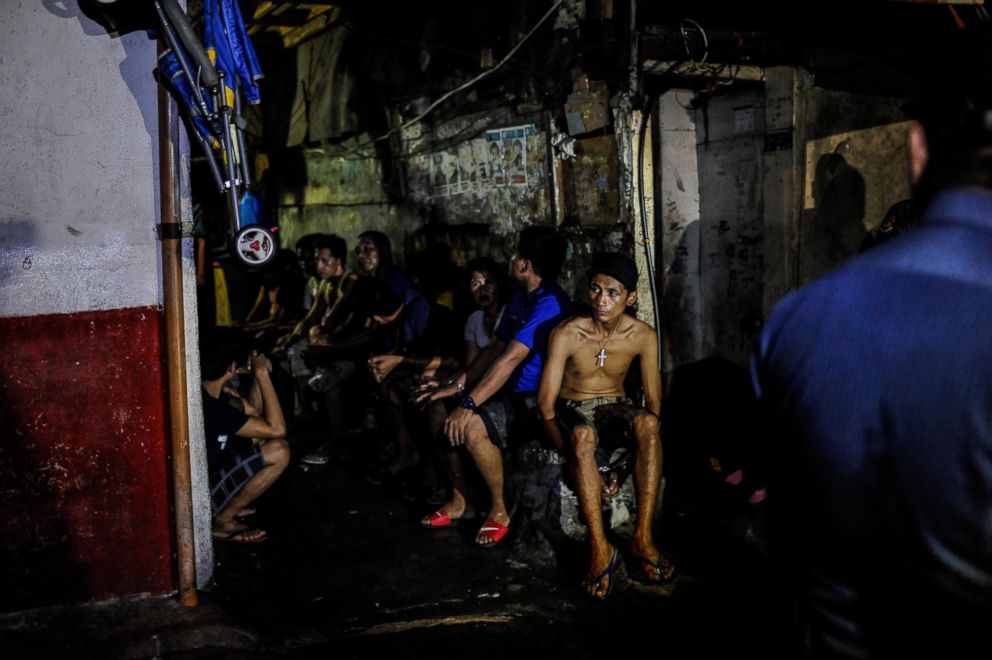 She added that the deadly drugs campaign was a “tactic to distract the public from intractable issues of poverty, unemployment, widespread corruption” by a President who has been called the “Donald Trump of the East.”

“Most of those killed in the Philippines are people who are poor and marginalized,” she added. 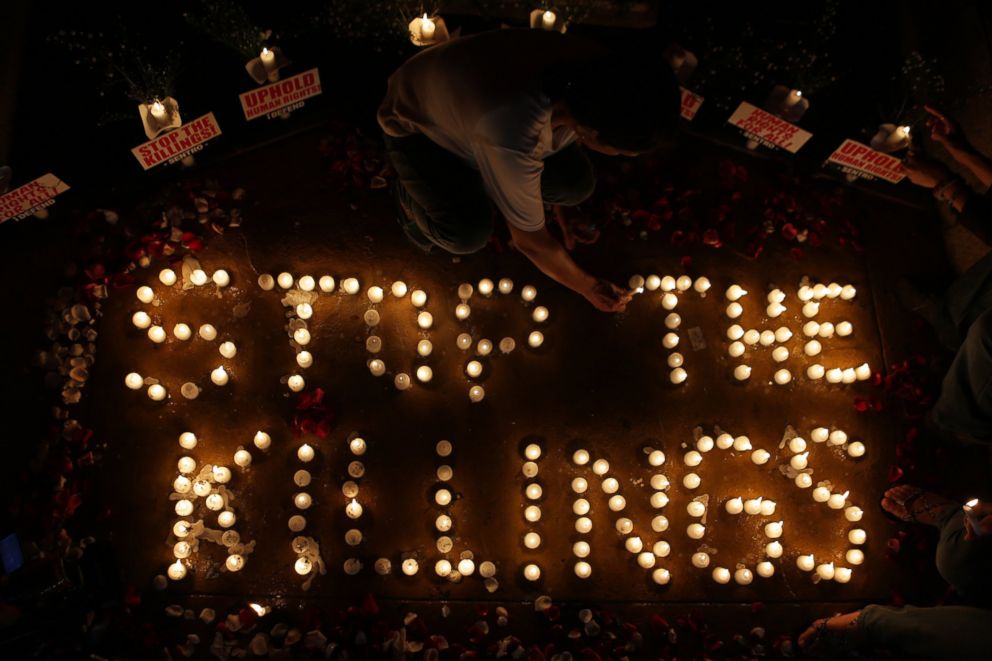 Jane Slater, a spokesperson for the charity Anyone’s Child, which supports families affected by the drug war and advocates for drug regulation, told ABC News that the Philippines is “at the front line of the global drug war.”

“Each one of these deaths is someone’s child, it’s ordinary people who are being killed in this war,” she said. “Duterte’s war and the extrajudicial killings must stop if we want to protect people.”

However, the Philippine government maintains that police are not above the law.

“Abuses committed by the police have no place in an institution like the Philippine National Police,” said Panelo. “As we have always stressed, the conduct of the government’s anti-illegal drug campaign is based on accountability. Therefore, we do not — and we will never — tolerate unjustified police violence, brutality or killing.”