A trio of US military aircraft were involved in a near-miss in airspace over Norfolk, a report has revealed.

With one of the jets acting as the aggressor and the other as the defender, they embarked on a climbing left turn which brought them towards a Boeing RC-135 reconnaissance aircraft. 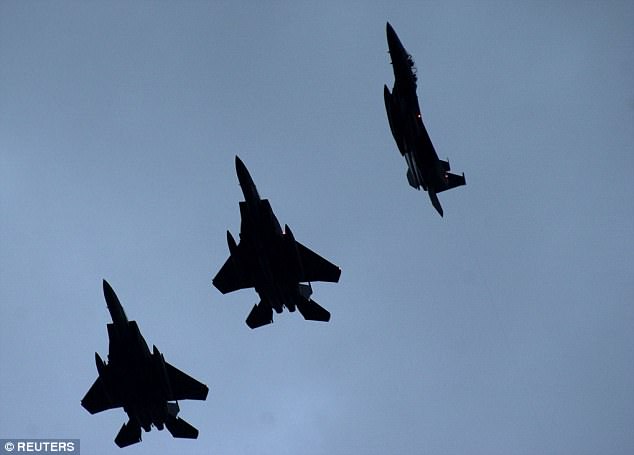 This was despite the fighter pilots receiving air traffic information from a controller based in Swanwick, Hampshire.

A warning system was activated inside the reconnaissance plane’s cockpit.

When one of the F-15 pilots spotted the RC-135 they ended their training fight and executed a right-hand turn to avoid a crash.

The risk of collision during the incident on November 27 last year was assessed as ‘medium’ by the RC-135 pilot.

The UKAB believes the fighter pilots had ‘sufficient information’ about the location of the reconnaissance aircraft, but may not have fully understood it due to being engaged in ‘highly-dynamic manoeuvring’.

Its report concluded: ‘The cause of the (incident) was that the F-15 pilots flew into conflict with the RC-135, despite having received traffic information.’ 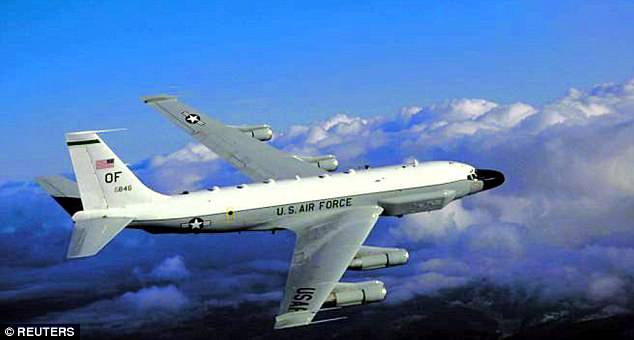 The two aircraft passed within 370 metres of an RC-135 reconnaissance aircraft, such as the one pictured

In a previous near-miss, two F-15s narrowly avoided a mid-air collision with an RAF tanker aircraft in January 2017.

The pilot of the RAF Voyager claimed one of the F-15s flew as close as 50 metres from it during the incident off the coast of north Norfolk.

The US operates F-15s from RAF Lakenheath and RC-135s from RAF Mildenhall, both in Suffolk.