Thug, 23, who murdered his girlfriend’s baby daughter by inflicting ‘car-crash like’ injuries described as the ‘worst a doctor had ever seen’ on the one-year-old before trying to blame her mother is jailed for life 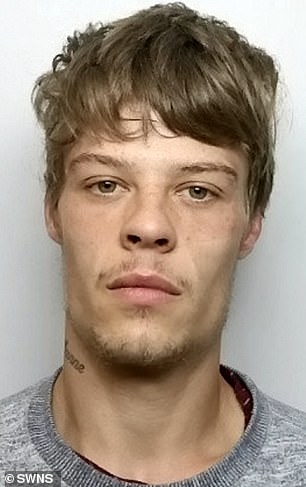 Evil Ryan Coleman, 23, killed his girlfriend’s one-year-old daughter in a violent assault that left her with car-crash like injuries and bleeding in her eyes

A man who murdered his partner’s baby  by inflicting ‘car-crash like’ injuries described as the worst a doctor had ever seen has been jailed for life.

Evil Ryan Coleman, 23, caused a catalogue of ‘devastating’ injuries to his girlfriend’s one-year-old daughter Evelyn-Rose Muggleton during a fit of rage at their home.

Evelyn-Rose died days after being found unconscious at the couple’s property in Kettering, Northamptonshire, on April 26 last year.

A court heard Coleman had subjected Evelyn to a ‘deliberate and violent’ assault leaving her with over 31 injuries including multiple bruising and bleeds on the brain.

But the thug claimed the youngster died after falling off her toddler bed while he was folding clothes and even callously tried to blame the injuries on her mother.

Coleman was found guilty of murder by a jury of seven men and five women following a three week trial at Birmingham Crown Court.

Today, he was jailed for life to serve a minimum of 17 years. Sentencing, Justice Sara Cockerill DBE, said Coleman committed a ‘serious and violent assault on a defenceless baby’ and ‘showed no remorse for anyone but himself’.

Prosecutor Jonas Hankin said during the trial that the ‘high energy trauma’ was akin to a car seat becoming detached during a car crash.

He said one health professional said the injuries were ‘one of the most severe he has ever reported’.

Mr Hankin added: : ‘It is inconceivable to me that such injuries would occur from such a low-level fall.’

He said Evelyn had suffered multiple sites of bleeding in areas of the brain and spinal canal as well as tears and bruising in the brain substance. 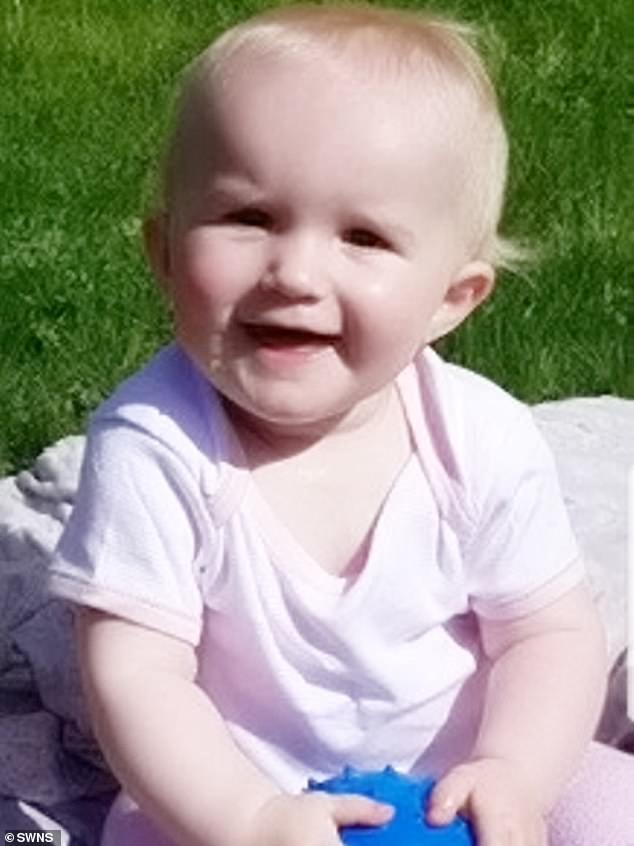 Evelyn-Rose Muggleton was left with over 31 injuries including multiple bruising and bleeds on the brain. Coleman told police she fell off the bed when he was folding clothes

She had also suffered bleeding in both eyes, tissue damage and multiple bruises, including on both sides of the face ‘consistent with forceful gripping or slapping’.

Describing the experts’ views, Mr Hankin said: ‘They are of one voice. That voice is that the history given by the defendant of a minor fall does not in any way explain the degree or type of injuries Evelyn sustained.

‘Coleman deliberately and violently assaulted Evelyn, intending to cause her really serious harm.’

Paramedics were called to the property on Regent Street by Evelyn’s mother at 9.06am on April 26.

She relayed information from Coleman, who had phoned her at work ‘hysterically’ at 9.04am telling her Evelyn had fallen off her toddler bed and was not breathing.

The child’s mother ran home and gave her CPR before calling 999 again.

The mother told police Coleman had taken care of the children ‘as if they were his own’ but he had been ‘unusually withdrawn’ that morning.

Detective Inspector Stuart Hitchon, of Northamptonshire Police, said after the case: ‘Not only did Ryan Coleman murder a one-year-old girl, inflicting catastrophic injuries on her, he also put her mother and family through the trauma of a trial.

‘Losing a child is the worst pain imaginable and Ryan Coleman made Evelyn’s mother relive it again and again at court.

‘His actions alone caused Evelyn’s death and because of him, Evelyn’s mother is now unable to enjoy the many things involved in watching a child grow up.

‘She will never be able to see Evelyn take her first steps, send her off on her first day at school, see what kind of personality she developed and what interests and hobbies she took up as she grew into a young adult – Ryan Coleman has taken all of those things away from her forever and this leaves a pain like no other.

‘I am very pleased that we have managed to get justice for Evelyn and her family and I would like to commend them all for the bravery they have shown throughout the trial.

‘There are no words or actions that can bring Evelyn back or make up for her loss but I hope the fact Ryan Coleman will now be behind bars for a long time to come will allow them some kind of peace in order to try and move forward.’ 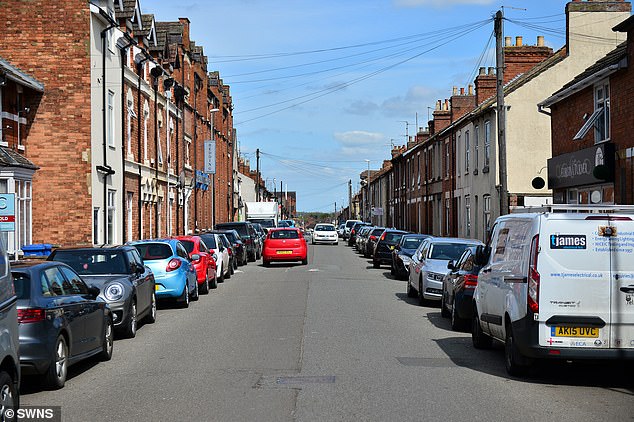 Evelyn was found unresponsive at a property in Regent Street, Kettering, on April 26, 2018

In a heart-wrenching statement issued by police, Evelyn’s mother said: ‘The death of Evelyn – my beautiful, smiley angel, has left such heartache that no one person can heal. But my love for her leaves me with memories that no one can steal.

‘Surviving the loss of my baby girl has been the hardest and most painful thing that I, my family and my children have ever had to endure.

‘I have lost my whole life – my child, my baby, my normality. My life will never be the same again.

‘Every day is a struggle and my grief overwhelms me – some days I cannot cope knowing that she is not here with us as she should be.

‘These have been the longest and hardest months of my life. If it was not for my mum and my sister supporting me through everything I would no longer be here.

‘I would never ever wish this pain on anyone. I have a hole in my heart that will never be filled again.

‘Evelyn was such a happy baby – always smiling and even when she was in hospital with pneumonia, she still managed to smile.

‘We will always remember Evelyn and together we will keep her memories safe with our own.

‘My love for her will never die and I will never forget my darling sweet angel, but I know God will love and protect her. I will never stop missing my baby.’