This is the shocking moment a man smashed a van’s front window when he threw an object at it from the middle of a dual carriageway.

The footage, filmed on the vehicle’s dashcam, captured the man as he stood on grass in the centre of a road in Warrington, Winwick.

But as the van began to approach where he stood, he stepped from the central reservation and into the middle of the right-hand lane. 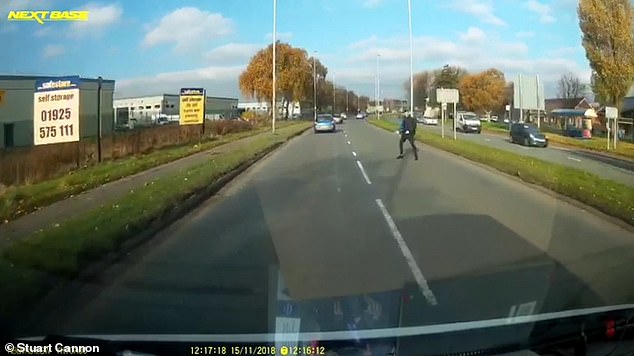 The footage, filmed on the vehicle’s dashcam, captured the man as he stood on grass in the centre of a road in Winwick, Warrington

The man, dressed in all black, then appeared to wait for the van to get closer before hurling what appeared to be a bottle of water at the vehicle’s front window.

The glass of the vehicle’s windshield immediately cracked – and water from the thrown object splattered across the front of the van.

Its driver then pulled over at the side of the dual carriageway and began to reverse as the video ended.

The video, posted to Facebook on Friday, has since been viewed more than 476,000 times. 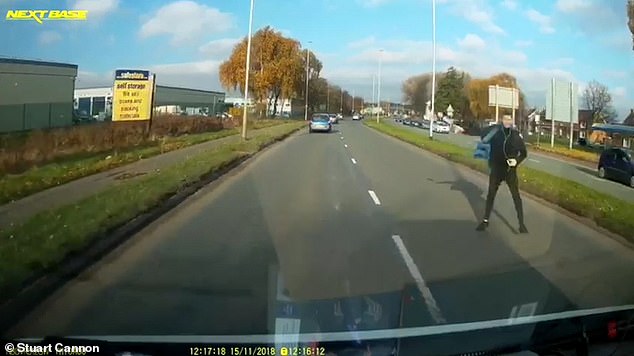 The man, dressed in all black, ran into the right-hand lane of the dual carriageway as the van approached 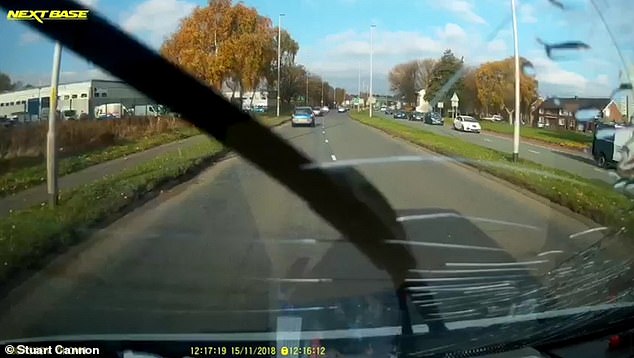 Stuart Cannon, who published the clip, said: ‘A mate of mine driving in Winwick, Warrington yesterday please share so we can find him.’

Linda Andrews commented: ‘What is the matter with these people?’

Kathryn Henshaw said: ‘I cannot believe what I’ve just seen… he could have killed the driver.’