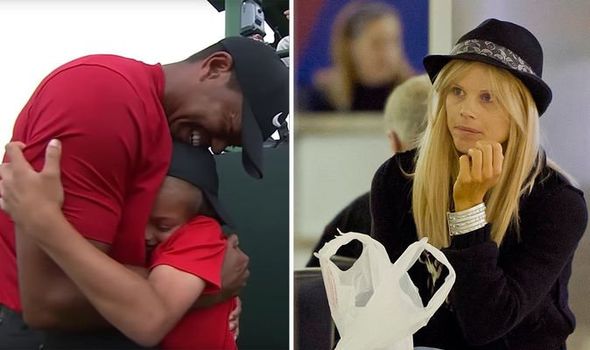 Both of Woods’ kids, 10-year-old Charlie and 11-year-old daughter Sam, were from his previous marriage with the former model from Sweden. Having his kids there to see him win a major for the first time in their lifetime clearly was extra special to the 43-year-old as he broke into tears on seeing them. Woods and Ms Nordegren divorced in August 2010, with court papers saying their relationship was “irretrievably broken”, which is likely to be the heartbreaking reason the model was absent on Sunday.

In a book published in 2017, called Unprecedented: The Masters and Me, Woods reflected on the behaviour that cost him his marriage.

“But I betrayed her.

“My dishonesty and selfishness caused her intense pain. 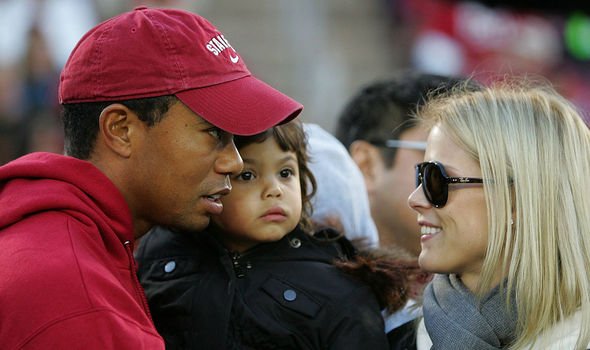 “Elin and I tried to repair the damage I had done, but we couldn’t.

“My regret will last a lifetime.”

Woods spent the next several years plagued by injuries and recovering from surgeries until he was arrested in 2017 when police found him passed out behind the wheel of his Mercedes-Benz while it was stopped with its engine running in Florida. 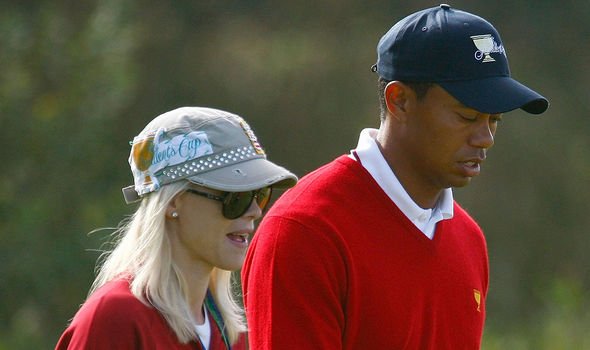 A mug shot showed him with bleary eyes and dishevelled hair, and tests showed he had Vicodin, Dilaudid, Xanax, Ambien and THC, the active ingredient in marijuana, in his system.

But, the legendary golfer’s comeback has enthralled the world with congratulations coming from the great and the good.

“To come back and win the Masters after all the highs and lows is a testament to excellence, grit, and determination.”