Stacey Castor almost got away with it.

She wanted people to believe that her life had been crippled by tragedy — that her first husband had died of a heart attack, her second husband had died by poisoning himself with antifreeze, and that her daughter had also attempted suicide.

But, according to police, all of it was a lie — and the seemingly unfortunate wife and mother was actually a cold-blooded killer, now known by many as the “Black Widow.”

In 2009, Castor was convicted of murdering her second husband, David Castor, attempting to murder her daughter, Ashley Wallace, and forging her husband’s will. She was sentenced to more than 51 years in prison.

Below is a timeline highlighting some of key events in this disturbing story:

Castor seemed to everyone who knew her to deeply love her first husband Michael Wallace. She said he “was larger than life.”

“Mike was the life of the party… if you needed something that Mike had, he would give it to you.”

The couple was married in 1990 and had two daughters together, Ashley and Bree.

But their relationship was fraught, affected in part by what Castor told ABC News’ David Muir in an exclusive 2009 interview was Wallace’s struggle with drugs and alcohol “for a long time in his life.”

A former friend of Castor’s told ABC News that she was contemplating divorce when Wallace got sick in the winter of 1999. He sought medical attention, with his doctor noting that he may have an inner ear disorder. Wallace died weeks later on the sofa in the family home.

“It would seem like a perfectly obvious thing to autopsy a grown man who’s healthy, who lays down on his couch and dies,” Michael Benson, who authored “Mommy Deadliest” about Castor’s case.

“But doctors told Stacey they thought it was a heart attack,” Benson said. “She says that’s good enough for me.”

Stacey met her second husband, David Castor, through her boss in 2001. They were married in August 2003 and she took his surname. 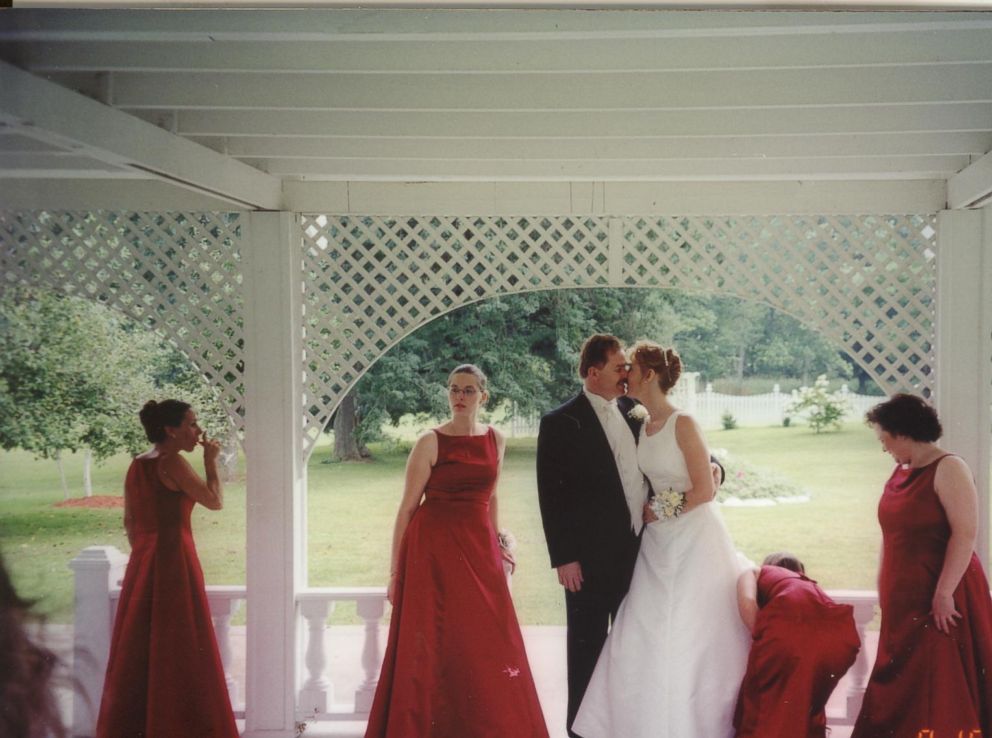 “David was very conscientious, very work driven, very into outdoors,” Castor said. “He had snowmobiles and four-wheelers and a boat … David was support and strength and security to me.”

This was a blended family, as both had children from a previous marriage. David had a grown son, David Jr., and she had daughters, Ashley and Bree.

Castor told Muir in 2009 her daughters “weren’t happy about” the marriage.

“They didn’t want their father replaced.”

“David was difficult with the kids,” said Castor. “He expected them to … do everything that he said without question. And being my children, they questioned everything.” 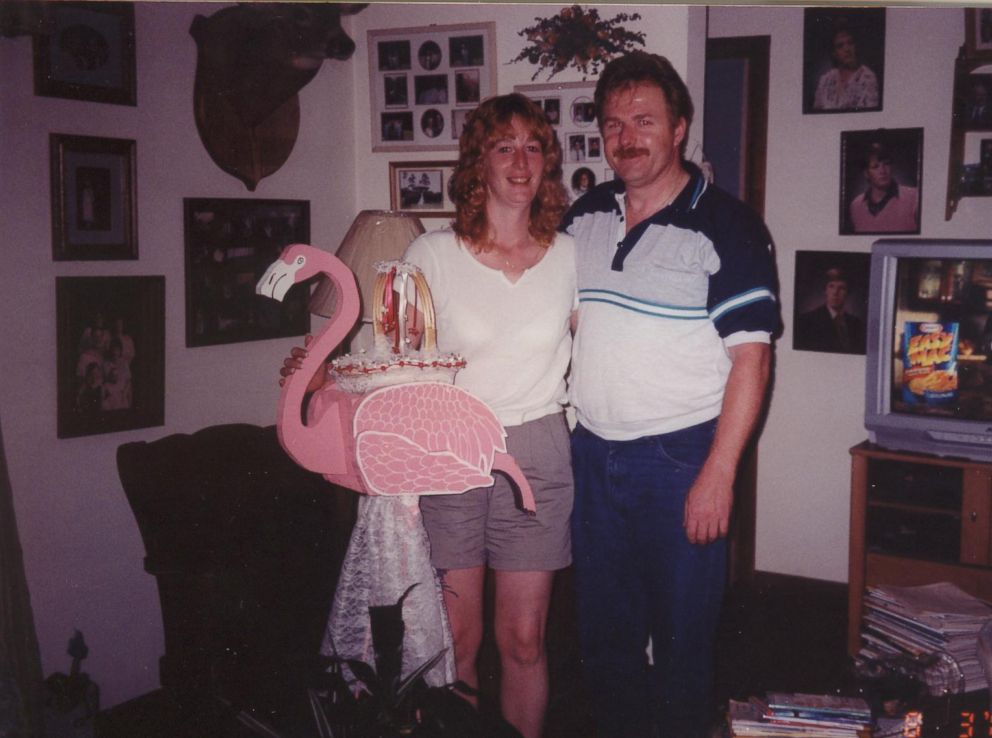 Stacey Castor made a frantic call to 911 saying her husband hadn’t shown up for work on Monday, Aug. 22. She claimed she last spoke to him at 5 a.m. Sunday when he locked her out of the bedroom.

Sgt. Michael Norton of the Onondaga County Sheriff’s Office said Stacey Castor described David’s behavior that weekend: “David got upset, took a bottle of Southern Comfort, went into the bedroom and locked himself in, and reportedly got drunk– wouldn’t come out.”

Castor told Diane Leshinski, then-detective with the Onondaga Sheriff’s Office, that she assumed he was sleeping it off. She told her friend at the time, Dani Colman, she knew he was sleeping because when she put her ear up to the door she could hear him sleeping.

Police knocked down the bedroom door to find David Castor dead of an apparent suicide. 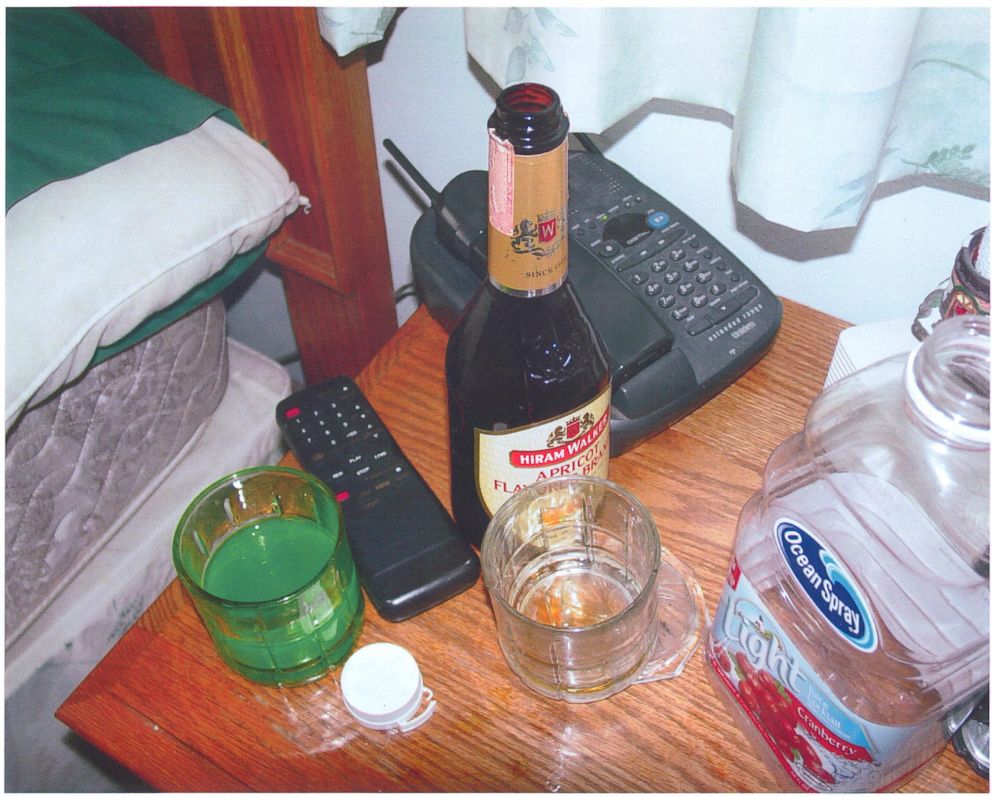 Police found two glasses on the nightstand next to the bed, one containing what was later identified as antifreeze, and underneath the bed they found a bottle of antifreeze with its top off. When police searched the kitchen and found a turkey baster apparently smelling of alcohol disposed in the trash can, they began to suspect foul play.

Leshinski said Stacey claimed that “David had been depressed because he had recently lost his father — and that possibly his drinking and suicide that weekend was as a result of him being depressed about his father’s death.”

Those who knew him, including his ex-wife Janice Poissant Farmer, rejected the idea Castor killed himself. 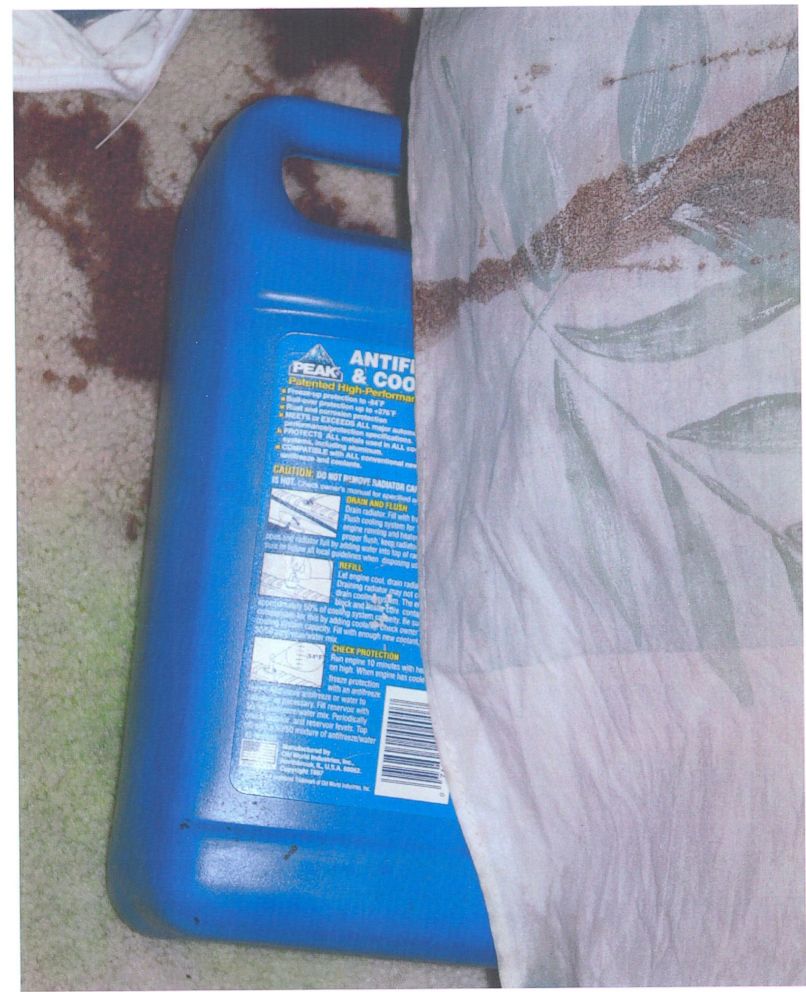 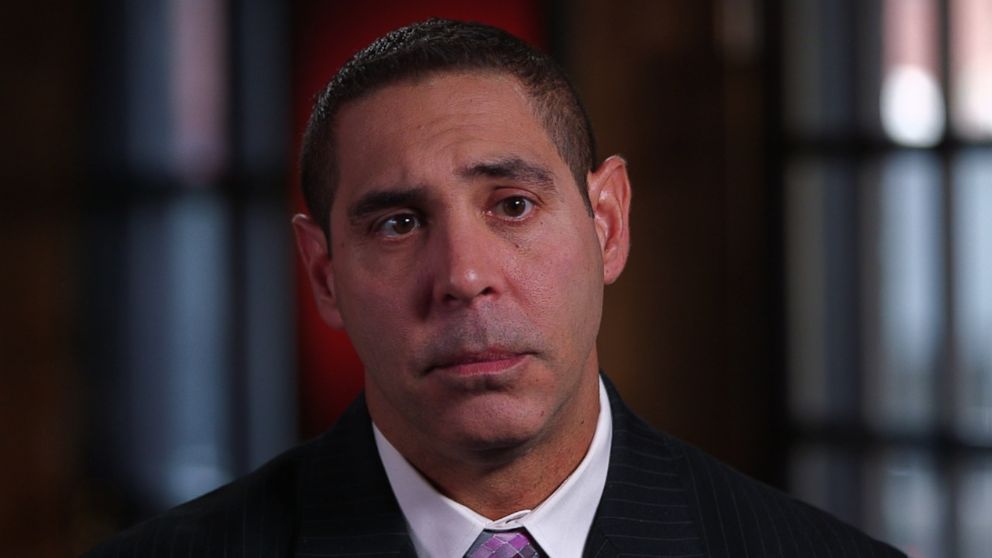 Police found that in David Castor’s will, he left everything to his wife and her two daughters -– and nothing to his son.

Three months after Castor’s death, Spinelli reached out to nearby Cayuga County investigators about the death of Michael Wallace to learn more. He said there were “certain similarities” in the two husband’s deaths.

“She claimed that [Michael Wallace] had all sorts of medical issues, we went and got his medical records,” Norton said. “The worst thing that ever happened to him was he had a hernia.”

Police suspected that both of Stacey Castor’s husbands were poisoned with antifreeze — a painful death that leads to formation of crystals in the victim’s organs.

Investigators decided to exhume the body of her first husband and examine him to see if his organs contained those telltale crystals associated with antifreeze. 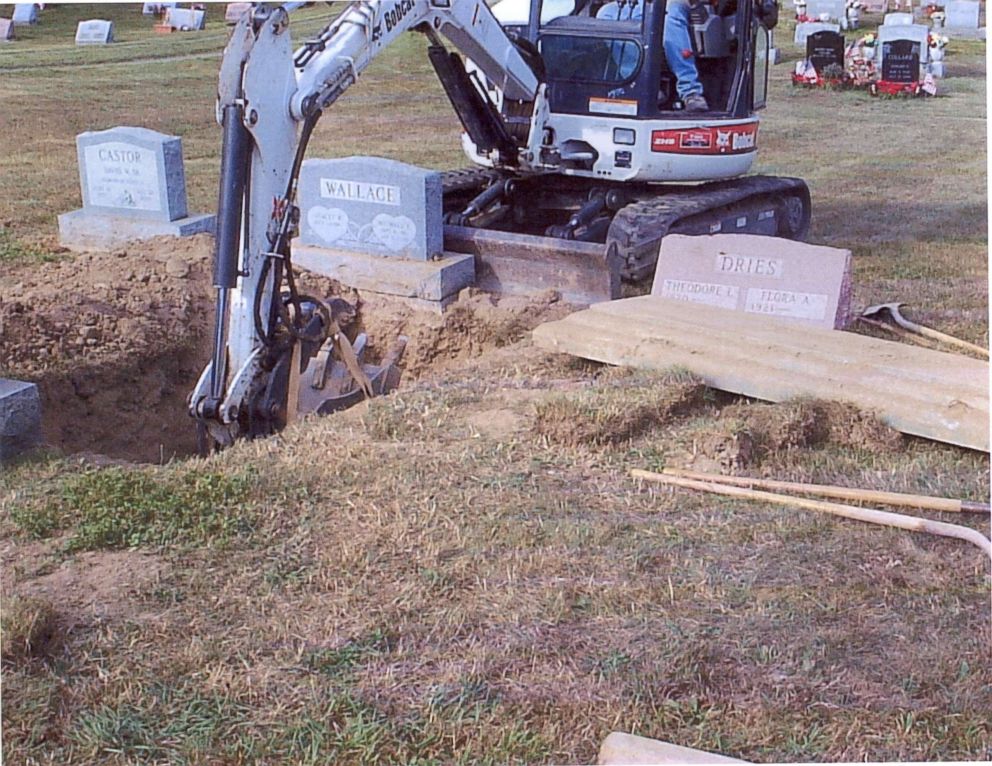 After the autopsy was completed, Sgt. Michael Norton of the Onondaga County Sheriff’s Office remembered the medical examiner telling him Wallace was “loaded with crystals.’”

“I knew at that point we had a double homicide and Stacey Castor probably killed both her husbands,” Spinelli said.

Police had set up a camera at Castor’s home, and one at the graveyard where her husbands were buried. Soon after she Wallace’s body had been exhumed, she went to see for herself, according to authorities. 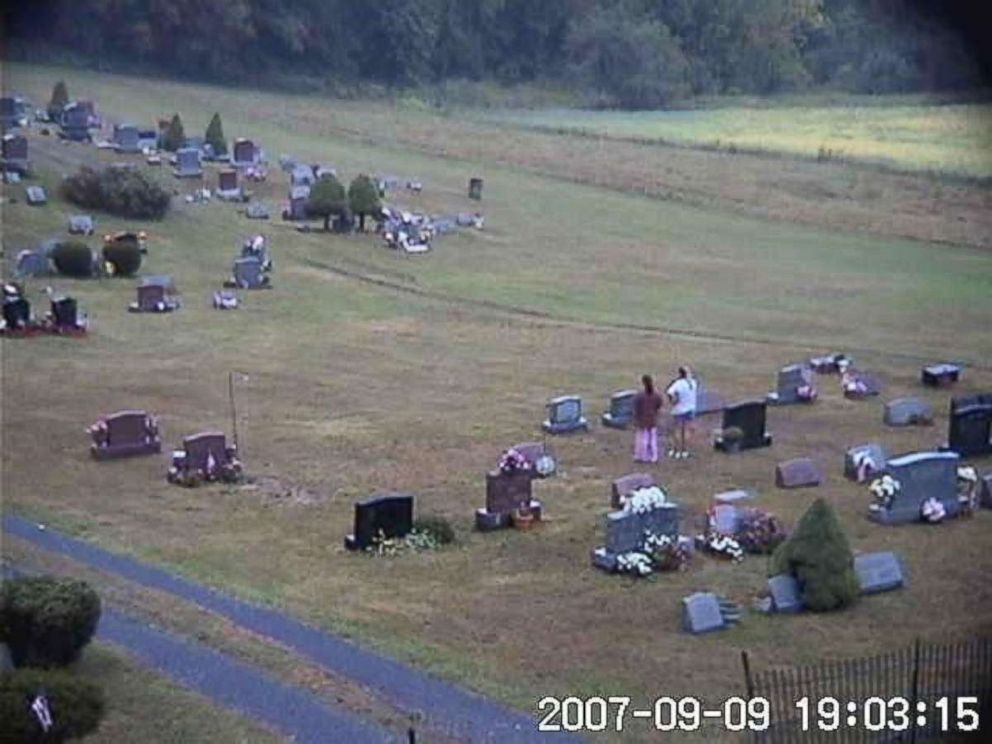 Sept. 7 2007: Castor is brought in for questioning

Spinelli’s line of questioning led to a noticeably-suspicious response from Stacey Castor.

When the detective picked up on her slip of the tongue, she accused him of trying to frame her and stopped the interview. 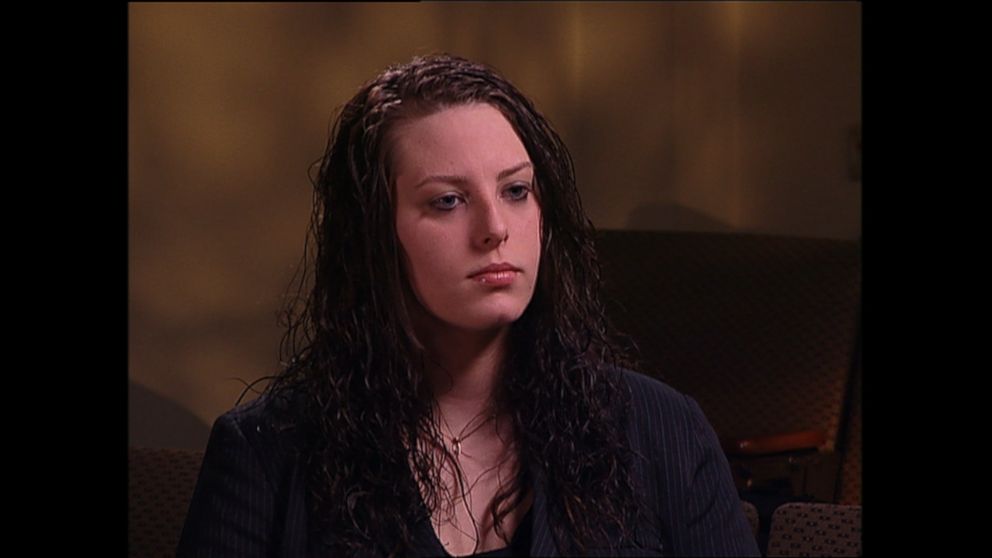 Ashley Wallace was attending her first day at college when two investigators arrived to deliver the news that her father had died of antifreeze poisoning.

Wallace was shaken and called her mother. Police wiretaps recorded Castor asking her daughter questions about her conversations with the detectives. Castor then suggested they have a drink together because they’ve “had a hard day.” 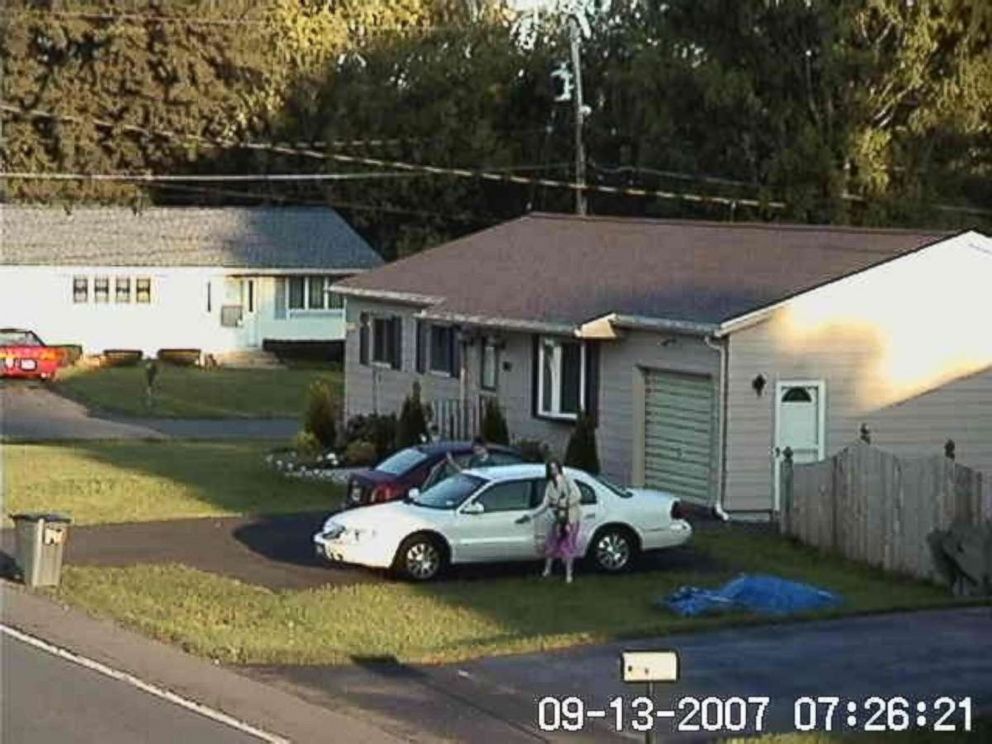 “She… becomes, you know, lethargic and eventually passes out and winds up in her bedroom.”

Wallace woke up with a hangover, went to school, and returned. Castor offered to get drunk again to celebrate her 21st birthday early, according to former Det. Valerie Brogan.

Ashley Wallace said she drank another cocktail her mom had prepared for her.

“She remembered that the drink did not taste very good and that her mom got her a straw and told her to put the straw to the back of her throat and to just drink it,” Norton said. “She said she did what her mother told her. And then she was tired, after she drank it, and went and laid down.”

The next morning, Bree Wallace found her sister barely breathing. She told her mother who called 911.

“Stacey relayed to the 911 dispatcher that Ashley had consumed alcohol and quite a few doses of medications,” Spinelli said.

Bree Wallace found a 750-word typewritten letter that appeared to be written by Ashley, with her typed signature –- confessing to the murders of her father and stepfather, and saying she was now taking her own life.

Castor “really wanted the 911 call taker to know that there was a suicide note,” former Onondaga Assistant District Attorney Christine Garvey said. “It seemed more important for her to tell them about the suicide note than to be talking about the condition of her daughter.”

“She had a cornucopia of drugs in her system,” Fitzpatrick said. “I was told later she was 15 minutes from death.”

Wallace woke up in the hospital, shocked at the clamor around her.

That same day, Castor was arrested at the hospital and charged with the murder of David Castor and attempted murder of Ashley.

“I had a speeding ticket when I was 18 years old,” Castor remembered. “That’s the closest I’ve ever come to a brush with the law. So, to be arrested and handcuffed, I was terrified. I just couldn’t believe that that was happening.”

Stacey Castor’s mother, Judie Eaton, does not believe her daughter is guilty.

“They were blaming Stacey for this,” she said. “I kinda went hysterical. I cannot believe Stacey has it in her… to kill two men. Especially men she’s supposed to love… I do not believe Stacey did it. She would not frame Ashley.” 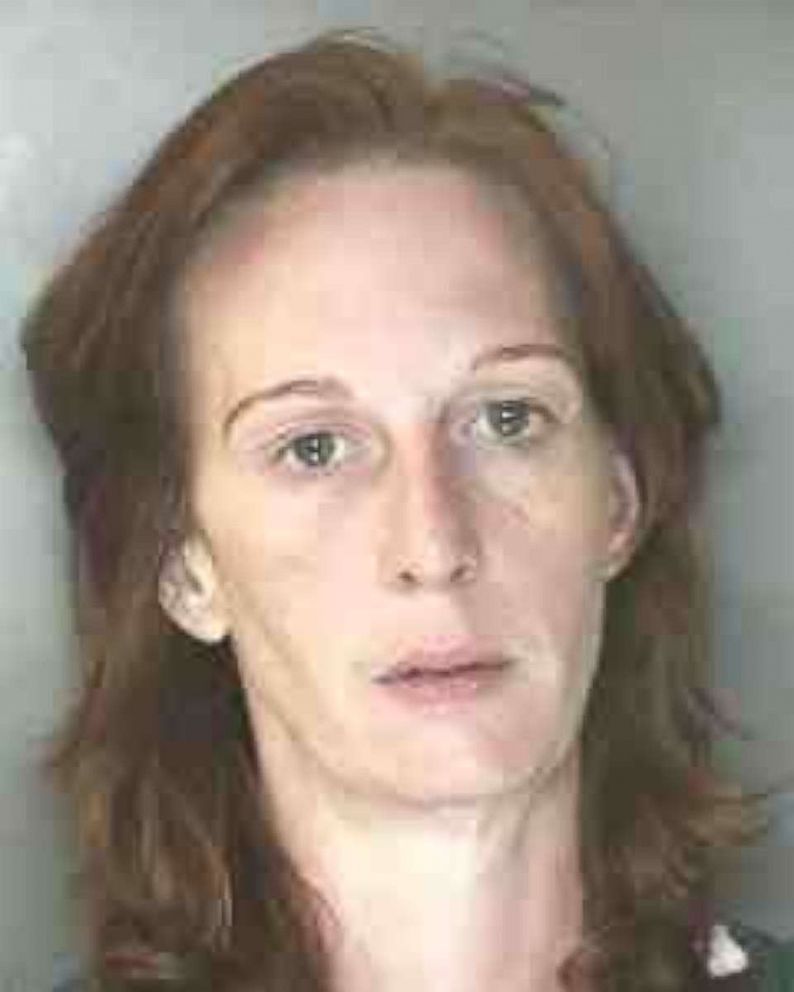 Stacey Castor was indicted on one count each of second-degree murder, second-degree attempted murder, and a plot to present a forged will.

Sept. 25 2008: Judge rules death of Michael Wallace can be submitted as evidence

Stacey Castor had already hired defense attorney Chuck Keller, who would follow the line of defense that Ashley was responsible for David Castor’s death and that Ashley also attempted to kill herself.

Fitzpatrick, who prosecuted the case, said there was compelling evidence against Castor.

“This was a prosecutor who loves forensic evidence’s dream ’cause it had computer evidence,” Fitzpatrick said. “It had DNA evidence. It had forensic linguistic analysis, which is you know, who wrote the note? I wanted to make sure she was convicted.” 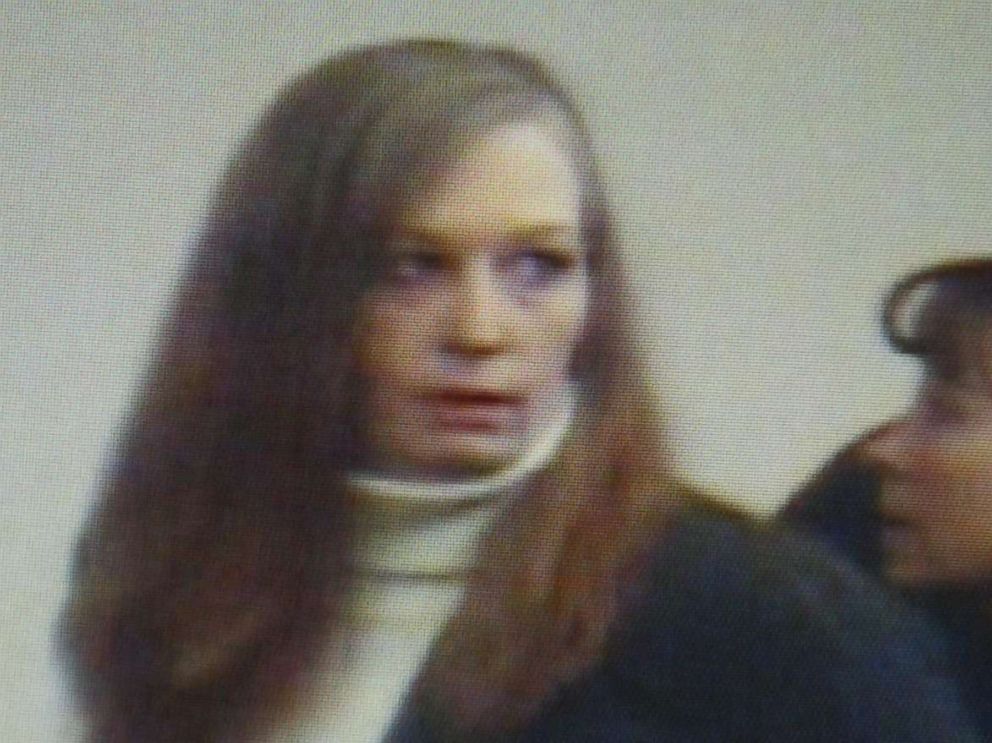 Stacey Castor faced 25 years to life if convicted when her trial began in January 2009. While two cases were being presented to the jury –- her second husband David Castor’s death and the attempted murder of her daughter Ashley Wallace, attorneys were also allowed to present evidence from Michael Wallace’s death.

Both Ashley Wallace and Stacey Castor took the stand.

“I can’t imagine my own flesh and blood is 50 feet away from me, saying that ‘You tried to kill me,’ and not having — a reaction to that,” Fitzpatrick said.

In a fiery cross examination, Fitzpatrick confronted Castor with phone calls investigators had from wiretapping her phone, as well as computer evidence that showed she had not only written Ashley’s “suicide” letter, but had two drafts.

The jury deliberated for four days.

Castor told David Muir in 2009 that, in the moment, she couldn’t believe was was happening.

“I didn’t look around, I just sat there and waited for it to be done and left the courtroom,” Castor said. 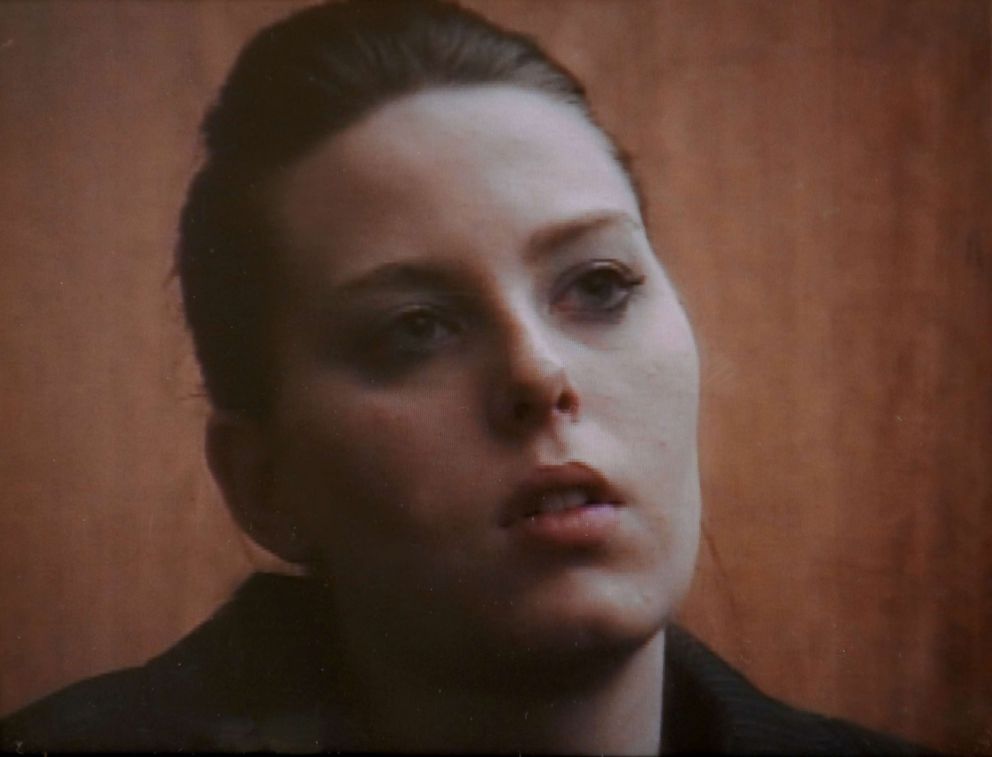 She was sentenced to just over 51 years in prison.

“I hate my mother for ruining so many people’s lives,” Ashley Wallace told David Muir in 2009. “What gave her the right to play God with people? I never knew what hate was until now. Even though I do hate her, I still love her at the same time.”

“I did not kill Michael Wallace, I did not kill David Castor, and I did not try to kill my daughter, period,” she told Muir in 2009. “And I will never say that I did, ever.”

“She was my best friend, too,” Ashley Wallace said of her mother. “She was. And then she took that all away,” Wallace said. “I would have done anything for her, but she decided she wanted to kill me instead.”

Castor died in prison of natural causes in 2016. She was 48. She never saw her daughters again.