Tobias Menzies has spoken out about how his mother would not approve of his leading role as Prince Philip in series three of The Crown.

The 45-year-old, who was born in north London, stars alongside Olivia Colman in the latest series of the Netflix drama.

But he says his mother did not have any time for the monarchy. 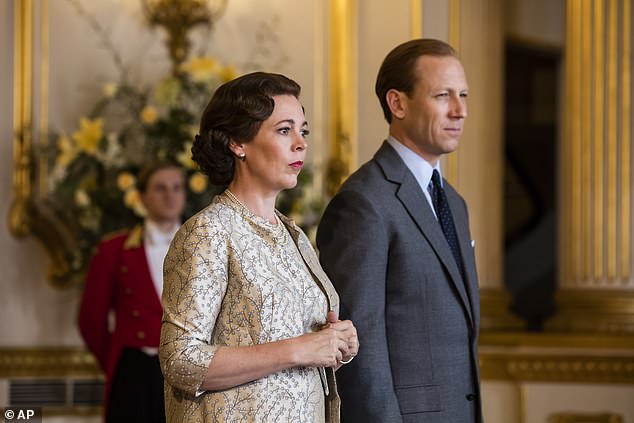 ‘She was pretty anti the royal family.

‘She would actively never put on the Queen’s speech, so, as a result, prior to doing The Crown, they weren’t on my radar,’ he said speaking to The Sunday Times Magazine.

He said he did not feel any conflict by featuring in the show about an insitution he did not believe in but added: ‘My mother would be ashamed of me.’

He went on to say that his mother, who was a teacher, would ‘disown’ him now that he actually feels compassion for the royal family having assumed the role.

Menzies also described his childhood as being worlds away from the culture of that in the royal biopic.

Instead, he said his upbringing was ‘pretty alternative’ as he grew up in the ‘hippie flowering of London in the 1970s’ with his parents often encouraging him to talk about his feelings.

His parents divorced when Menzies was six and he moved to Canterbury with his mother and his younger brother. 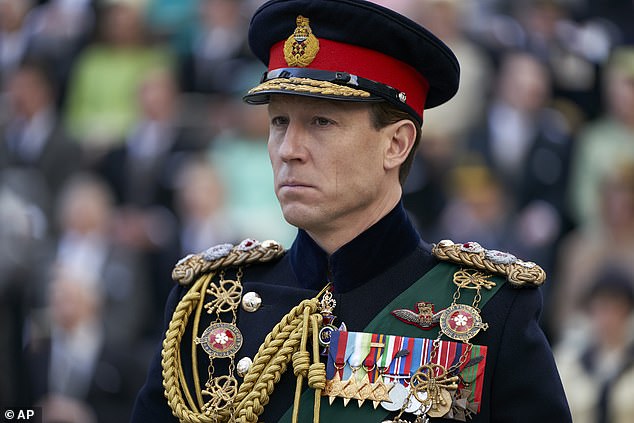 He had first thought about becoming a professional tennis payer after showing promise in the sport from a young age but he eventually enrolled in the Royal Academy of Dramatic Art in his early 20s.

Menzies love for drama was fostered by his mother who would frequently take him to watch theatre plays and contemporary dance productions.

The actor has a lengthy list of other credits to his name including Game of Thrones, Doctor Who and Spooks but was often cast  in supporting roles.

For his role in the historical time-travel series, Outlander, Menzies even received a Golden Globe nomination. 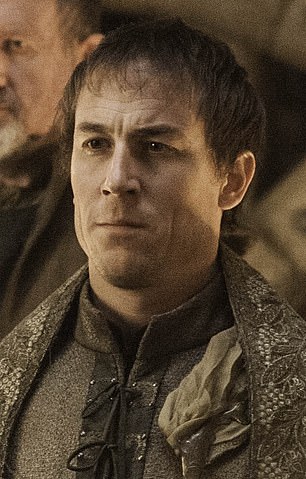 The actor has a lengthy list of credits to his name but was often cast in supporting roles. Pictured: Menzies as Edmure Tully – Catelyn Stark’s younger brother – in Game of Thrones

But it is his appearance in The Crown which is likely to boost his popularity despite him saying he prefers to lead a low-profile life.

Menzies said that the audition was relatively straightforward for such a big production.

He read through 10 pages of the piece with Olivia Colman before finding out two weeks later he had bagged the role.

Some of his co-stars, such as Helena Bonham Carter who plays Princess Margaret, were able to speak to the aids and even former lovers of their characters as they prepared for the role.

But none of Prince Philip’s inner circle broke ranks to speak to Menzies.

Nonetheless, millions of fans rushed to get a glimpse of the new all-star cast of the Netflix drama as series three of The Crown was released in full on to the streaming site earlier today.

The top spots were previously held by Claire Foy as the Queen, Matt Smith as Prince Philip and Vanessa Kirby as Princess Margaret.

But the cast had to be overhauled to keep up with the timeline of the drama.

Series three covers the time period from Harold Wilson’s 1964 election as Prime Minister to the Queen’s 1977 silver jubilee and therefore required more mature actors as the time lapsed between the series.

Menzies appears as a 44-year-old Philip who appears to be harbouring a midlife discontentment as he battles with a lack of purpose.

The Queen, his wife, has been coronated sooner than anticipated after the premature death of George VI’s which bought an early end to Philip’s naval career.

Interestingly, Menzies described how his mother was actually relatively anti royal family which meant that he too paid very little attention to them before landing the role.

Menzies said that the shows producer Peter Morgan has always been dedicated to treating the royal family with dignity despite previously admitting to using artistic licence with the story lines.

Filming for the fourth series of The Crown is already underway despite some viewers who tuned in to watch earlier today saying that they were struggling to adapt to the change of cast.