Tokyo 2020 was one of the most historic gambles in sport. The biggest global gathering during the pandemic was a step into the unknown and controversial right to the end.

Our sports correspondent Tom Parmenter picks out 10 Tokyo moments that will go down in Olympic history.

When Adam Peaty kicked off the “Magic Monday” medal rush for Team GB, it was infectious.

Within a few hours of his victory in the 100m breaststroke, Tom Daley and Matty Lee had landed gold in the diving and Tom Pidcock had won the men’s mountain bike cross-country. 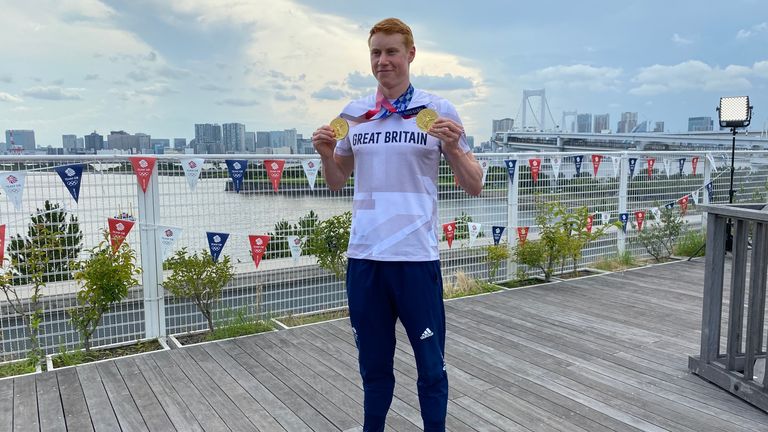 Team GB was up and running, but it was Peaty’s teammates who really kicked on. The swimmers produced the best British performance ever seen in the pool at the Olympic Games.

Duncan Scott walked away with four medals clinking together – three silvers and one gold. Four women came to these Olympics knowing that they were in with a chance of winning an incredible three successive gold medals at consecutive Games.

Jade Jones crashed out of the taekwondo in the first round, Helen Glover came an agonising fourth in the rowing, and Charlotte Dujardin won two bronze medals in the equestrian events. At the Izu Velodrome, Laura Kenny won silver in her first race and then – in a glorious tactical masterclass with Katie Archibald – won the madison to make history.

The golden hat-trick was hers. She drew level with Dujardin as the most decorated female British Olympians. Then, on the final day of these Games, Jason Kenny pulled out one final masterclass in the keirin. He shot away from the pack early to storm home to become the most decorated GB Olympian of all time.

The Kennys have 15 Olympic medals between them – 12 of them gold. 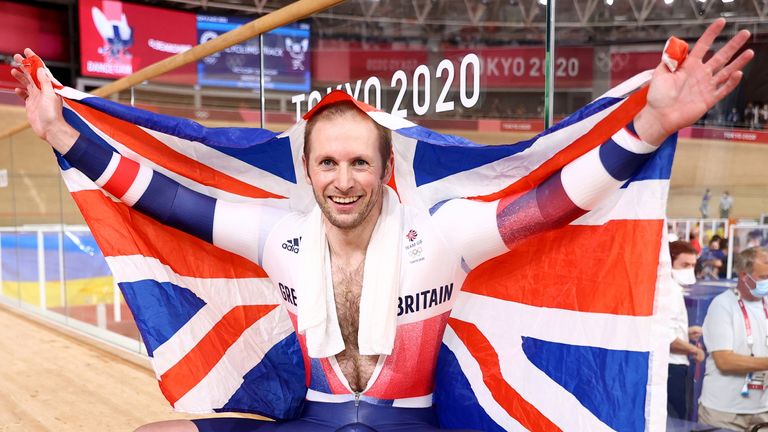 The Tokyo Games will be remembered for the way new sports really caught the imagination and drew new younger audiences into the Games.

BMX was dominated by British riders – the pulsating racing belonged to Bethany Shriever from Essex, who won gold and was immediately scooped up into the arms of teammate Kye Whyte, who’d just won silver in the men’s competition. In the new BMX freestyle event, Manchester’s Charlotte Worthington performed a 360 backflip that had never been done before in a big competition like this. Bronze medal winner Declan Brooks had a hero’s welcome, with hundreds lining the streets on his return to Portsmouth.

One of the most thrilling sports at the Games has made its breakthrough. Whenever you saw GB’s youngest ever summer Olympian in Tokyo, Sky Brown was almost always smiling. Aged 13 years and 28 days, she skated into the history books by winning bronze in the women’s park skateboarding.

Having grown up in Japan, she could easily have been representing the host country who dominated the skateboard competitions. In the final, she fell twice and had one final run to pull off the tricks that would get her onto the podium. 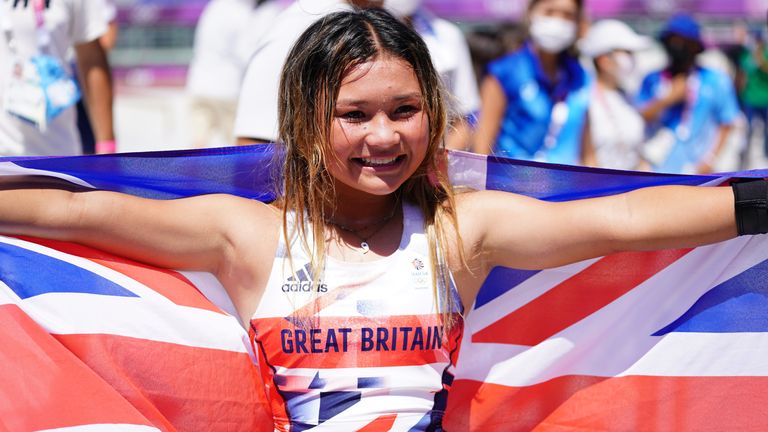 In the searing heat of Tokyo, she kept her cool and just went for it – no fear, just fun – and in her final run she pulled it off and broke into the biggest smile of the Olympics.

Great Britain’s youngest ever medal winner says she’d like to compete in both skateboarding and surfing at the Paris Games in 2024. This time among the history-makers was a Canadian footballer named Quinn, who became the first openly transgender athlete to compete in the Games and the first to become an Olympic champion.

The midfielder went on with their team to win the women’s football gold medal. “Olympic Champions,” Quinn wrote afterwards on Instagram, adding: “Did that really just happen?!?” Before the weightlifting competition, all the talk was of the other transgender athlete at the Olympics: New Zealander Laurel Hubbard.

When she failed to make a clean lift and bowed out of the competition, Emily Campbell from Nottingham was just getting going. She powered through her lifts and her screams of joy when she lifted 161kg echoed around the arena. She had won silver – the first ever British woman to win a weightlifting medal.

She said afterwards that she wanted to prove to people that plus-sized women can do anything.

With no lottery funding, she also had to rely on the generosity of the people of Bulwell in Nottingham – including her local cobbler who offered to fix her training shoes for no charge and the grocer who gave her free fruit and veg. For the 20 years that Tom Daley has been involved in diving he has craved the title “Olympic champion”. At 28, he has finally achieved it – winning gold in the synchro diving with Matty Lee.

At the start of COVID lockdown, Daley took up knitting and was regularly seen with his needles and wool poolside in Tokyo. His coach said she believes it has been one of the big factors in helping him stay focused on his diving and ultimately fulfil his dream.

“I feel incredibly proud to say that I am a gay man and also an Olympic champion,” Daley said. The greatest gymnast of all time provided one of the great talking points of the Games and taught everyone about the “twisties” – a problem where a gymnast simply doesn’t feel believe in their ability to pull off the twists, turns or flips that win medals.

By withdrawing from almost all of her competitions to give herself space, Simone Biles made a big call. Secretly she went off to a gym on the outskirts of Tokyo and went back to basics. When she returned to just one final event – the balance beam final – the Games seemed to stop as everyone watched to see what would happen.

Simone Biles was back and the fact that she took bronze in one of the most gripping sporting comebacks seen will live long in the memory. Why has it taken so long to incorporate the brilliant mixed relay events into the Olympics? The tactics, the drama, and the sheer excitement made the mixed swimming, running and triathlon relays a real hit.

Seeing women take on men directly and vice versa was the missing ingredient in the Games and is surely here to stay. It also provided Jonny Brownlee with one final crack at an Olympic gold after he finished 5th in the individual competition. The Games will forever be remembered as the empty Olympics that took place in spite of the pandemic. Despite the organisers best efforts with technology, it simply wasn’t the same either in the venues or watching at home.

There were protests throughout the Games among locals who wanted the Games cancelled and infection rates in Tokyo climbed to new record levels. There were also plenty of Japanese fans who came out to support events that passed along public roads.

The discussion about the direct impact of the Games on the pandemic is still ongoing, but they completed the programme almost as scheduled – which many critics doubted would ever happen.

It will be several more weeks before anyone can definitively say just what impact the Games have had.