Don't worry, Wilson. Tom Hanks will do all the throwing. You just hang out on the pitcher's mound.

Hanks reunited with his iconic volleyball co-star from "Castaway" for a memorable first pitch ahead of the Cleveland Guardians' home opener on April 15.

The two-time Oscar winner brought out Wilson, held him aloft to show him to the crowd, and then set him down on the mound before picking up a baseball.

Wilson, which was being operated by remote control, then decided he wanted off the island of dirt and rolled away. Thankfully, Hanks wasn't clinging to a raft and was able to chase Wilson down this time. 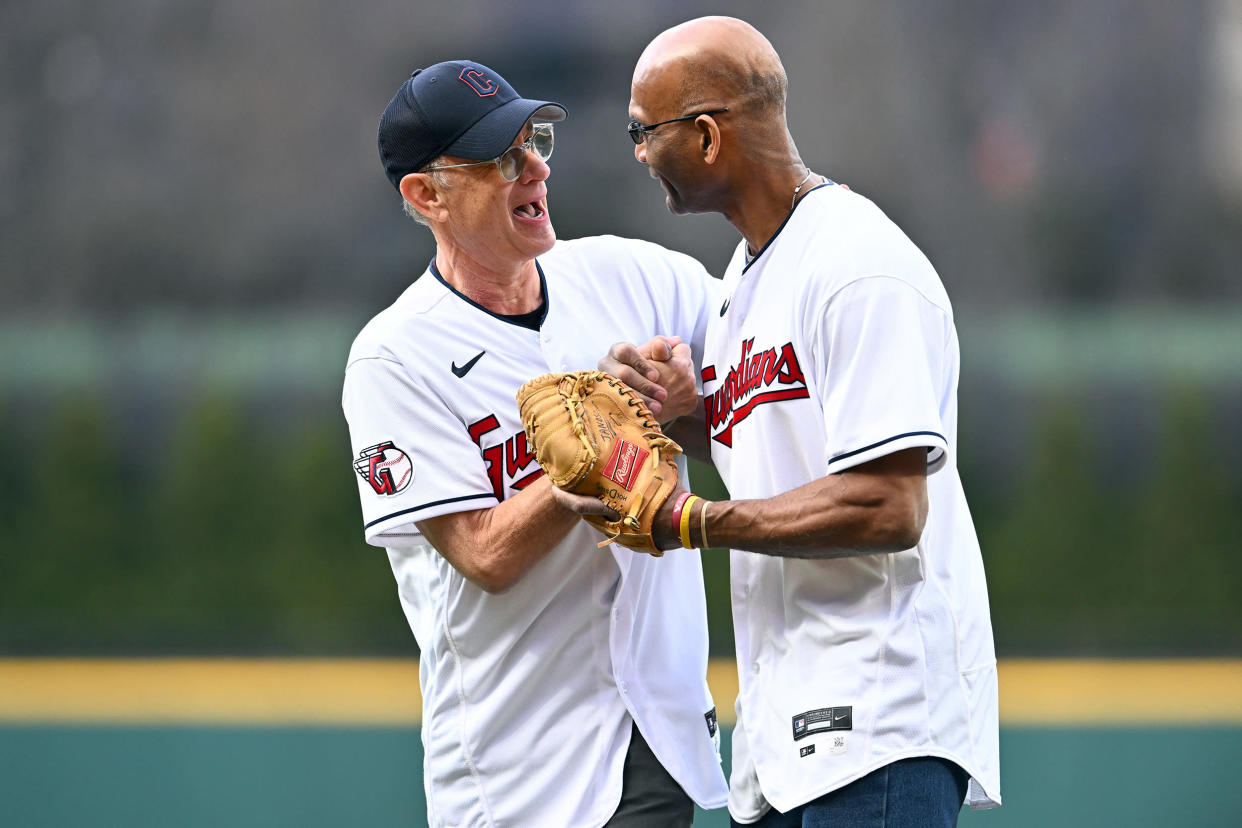 "Big Guardians fan," Hanks said about Wilson during a visit to the broadcast booth during the game. "He was thrilled with the chance to come back to Cleveland. He was lost ashore there on (Cleveland's) Euclid Beach. Brought him along to the game."

The 65-year-old actor threw out the ceremonial first pitch to Harry Doby Jr., the son of Larry Doby, who became the first Black player in the American League in 1947 when he suited up for the team then known as the Cleveland Indians.

"I've been sweating this from the moment I said I was going to do it," Hanks said during the broadcast. "It's been a while since my elbow has been up above my shoulder." 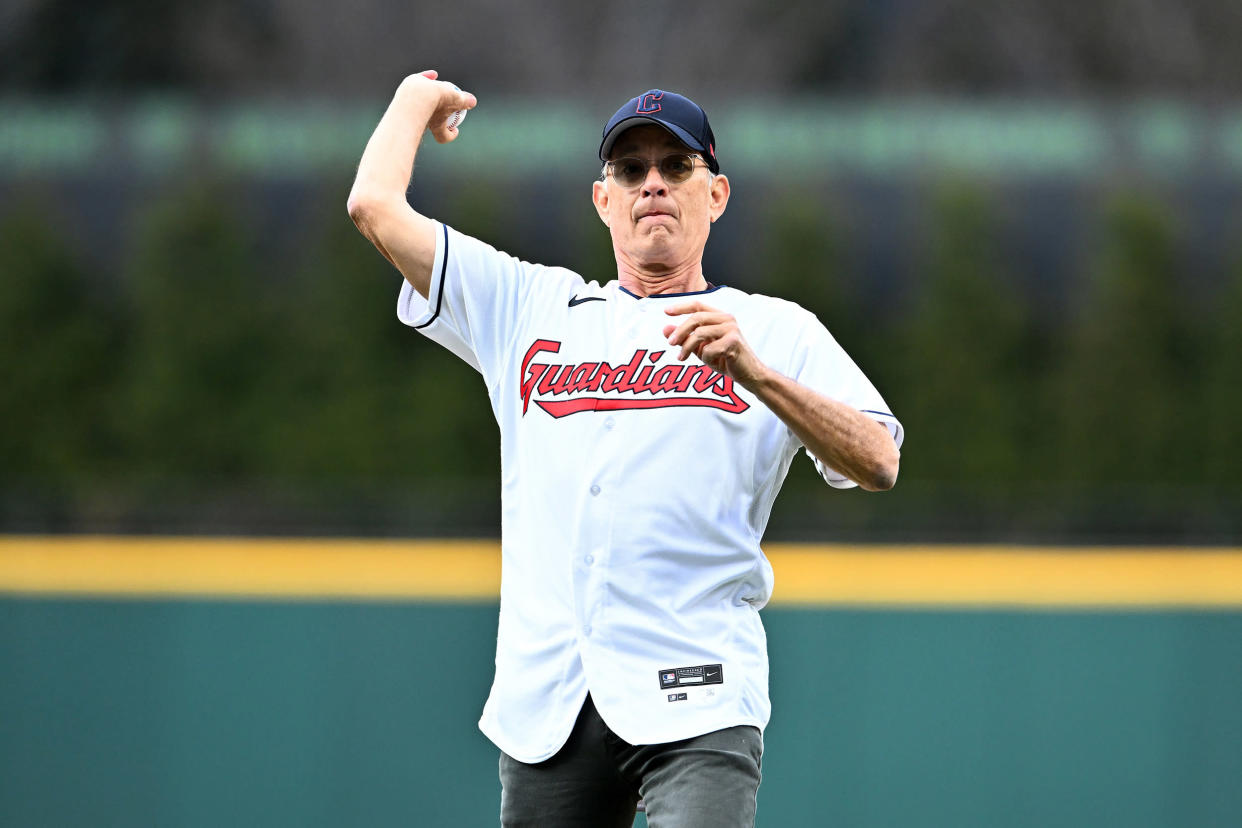 This year marks the 75th anniversary of Jackie Robinson breaking the color barrier in Major League Baseball with the Brooklyn Dodgers, three months before Doby made history in the American League.

Hanks is a longtime Cleveland fan who provided the voiceover to the announcement video in July when the team changed its name to the Guardians from the Indians. The game against the San Francisco Giants on April 15 marked Cleveland's first home game since changing the team's name.

Hanks has been a fan of the team since first attending games in 1977 in Section 19 at the old Cleveland Municipal Stadium when he was an intern at the Great Lakes Theater Festival, according to the team's website.

Hanks and Wilson also go way back after starring together in "Castaway" in 2000, which netted Hanks an Oscar nomination for best actor. The two have appeared together at a New York Rangers game as well as on "Saturday Night Live."