Tony Blair is using his ‘institute for global change’ to advise to quietly Saudi government’s modernisation programme in a multi-million pound deal.

The former Labour Prime Minister is helping the Saudi Prince under a £9million deal on a ‘not for profit’ basis.

The institute was paid £7.6million in January for the work in the Middle East but they have so far received more than £9million ($12million) for the work, the Sunday Telegraph reported. 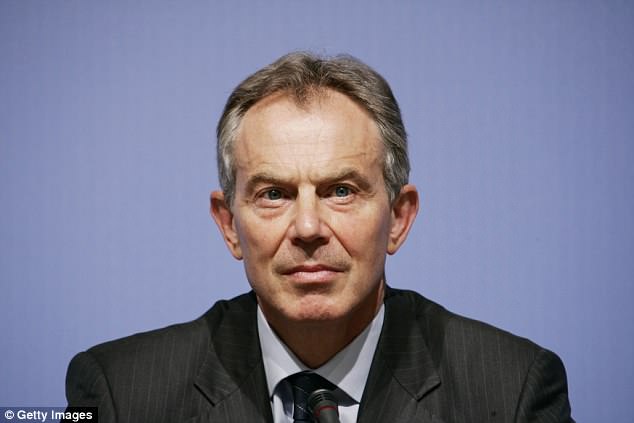 Blair’s website does not mention the deal, but does has article’s praising Crown Prince Mohammed bin Salman.

In an article discussing the Prince’s trip to the UK, the website says: ‘As part of his broad, sweeping and ambitious plans to revolutionize Saudi Arabia, economically, socially and religiously, the Crown Prince has demonstrated a level of conviction, clarity and coherence in identifying and understanding the nature of Islamist extremism that Western policymakers should seek to learn from.

‘Britain should learn from Saudi Arabia and how it has demonstrated a clear commitment to tackling the politicization of Islam to inform policymaking, with no moral ambiguity in delineating Islam, the faith, from Islamism, a politicised ideology.

It later adds: ‘The Crown Prince has constantly expressed his determination to return Saudi Arabia to a ‘moderate Islam,’ and has reached out to the international community to help support his efforts to transform the Kingdom into an open society. Britain, as a close ally of Saudi Arabia, has much to offer in this regard and should be willing to play a key role in realising the revolutionary reforms.

‘There will undoubtedly be detractors, some with genuine concerns about the changes taking place in Saudi Arabia and the broader region. Many continue to peddle age-old adages of Saudi Arabia, without acknowledging the threat that Saudi Arabia itself faces from terrorism and how its leadership is determined to make amends.’

The deal in the first on a large scale fro the Tony Blair Institute, a venture set up by the statesman in 2016. 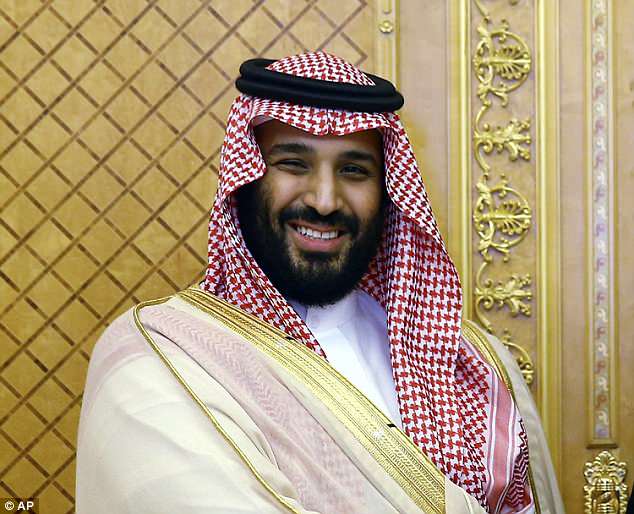 Saudi Crown Prince Mohammed bin Salman poses: The former Labour Prime Minister is helping the Saudi Prince under a £9million deal on a ‘not for profit’ basis

Blair’s office declined to comment on discussions that may have been made with the Saudi royal family and they were not under any duty to disclose donors.

They added they had received a donation for their work in Saudi Arabia but the Tony Blair Institute is a ‘not for profit organisation from which Tony Blair takes no personal renumeration.

Former PM Tony Blair has publicly praised Vision 2030, a programme launched by Saudi’s Crown Prince to modernise and restructure the country’s economy calling it ‘the most important and the most exciting thing that has happened in this region in the last few years’.

The brainchild of Mohammed bin Salman, the project aims to make the country ‘the heart of the Islamic and Arab worlds’ and ‘a global investment powerhouse’.

It also aims to use the country’s location to make it ‘into a global hub connecting three continents, Asia, Europe and Africa’ .

‘To be clear, this is a donation to TBI, not a payment to Tony Blair personally and all of this money goes to support this work.

Donations were made by Media Investment Ltd, a subsidiary of the Saudi Research and Marketing Group that are registered in Guernsey.

The former Prime Minster has worked in the Middle East since he left British public office in 2007.

Until 2015 he worked as a peace envoy for the United Nations and set up Tony Blair Associates to offer ‘strategic advice on a commercial and pro bono basis, on political and economic trends and governmental reform’.

Since handing over the keys to Number 10, Blair has also had a role at JP Morgan Chase bank and worked in Kuwait, Kazakhstan and Mongolia.