A nightclub loved by celebrities has been accused of racism amid claims staff have been charging black and mixed race clubbers double the price.

Drama Park Lane in London’s popular Soho district has been branded ‘racist and rude’ by partygoers charged more on entry to the venue.

Club bosses denied allegations of racism but did not respond when contacted by MailOnline.

A Twitter user who says they handle the press and marketing for the venue told MailOnline to ‘go away’ when he was contacted by telephone this afternoon. 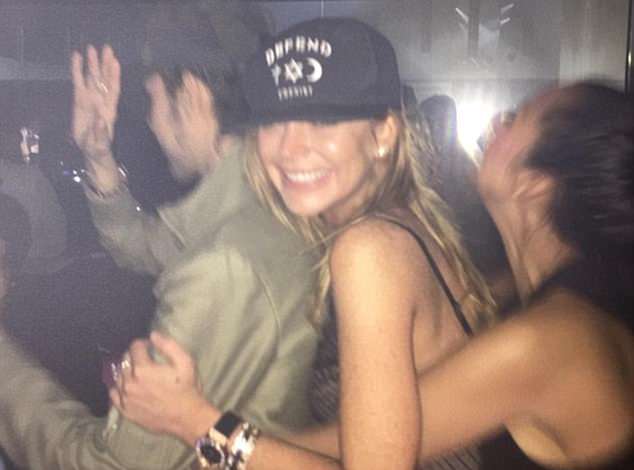 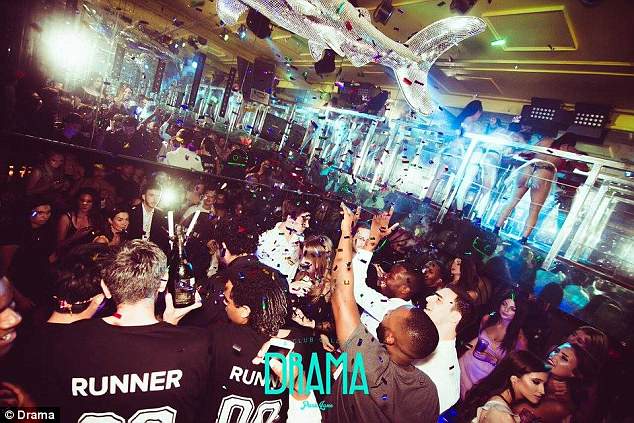 Accusations: Club bosses at Drama Park Lane in London have been branded ‘racist’ amid claims black and mixed raced women are being charged more upon entry

Yesterday a mother spoke out about the alleged treatment her daughter faced at the weekend when she was charged £20 for entry while white women were let into the club for half the price.

And this is not seemingly not an isolated incident, according to the club’s TripAdvisor reviews which are littered with accusations of racism and racial bias.

Mark Hatten said: ‘If it is true about charging different prices because of someone’s skin colour that is appalling.’

A user called AmbiAmbi 2018, who reviewed the club on Saturday, claimed her and her four friends were asked to pay £20. 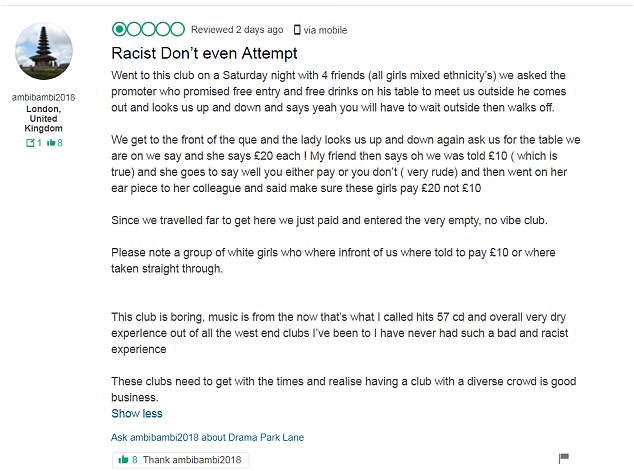 ‘Racist, don’t even attempt’: Ambibambi2018 claimed Drama Park Lane charged white women £10 while she and her three friends ‘of mixed ethnicity’ were charged £20 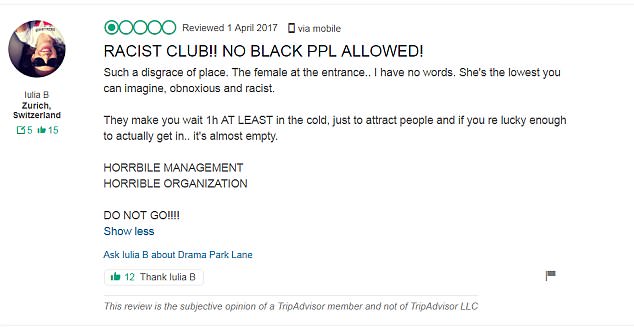 ‘Obnoxious’: Lulia B from Zurich, Switzerland, described the venue as ‘racist’ in a review left over a year ago 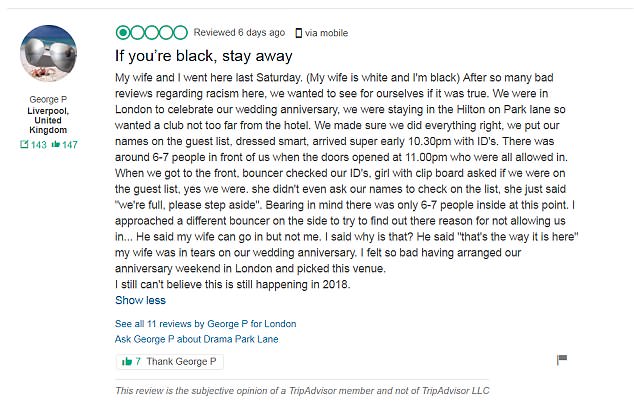 ‘Stay away’: TripAdvisor user George said his wife was left in tears after she was allowed in the club but he was refused entry on their anniversary weekend in London

‘A group of white girls who were in front of us were told to pay £10 or were taken straight through,’ claimed AmbiAmbi 2018.

Another review, posted last Sunday by a George P from Liverpool who described himself as black and his wife as white, said they went to the club to celebrate their wedding anniversary.

He alleges bouncers told him the club was ‘full’ when there was around seven people inside.

He claimed that another bouncer said his wife could enter but he couldn’t because ‘that’s the way it is here’.

The Soho nightclub was co-founded three years ago by Nick House, Tom Eilenberg and Ryan Bish, reported the Evening Standard.

‘They will judge you’: Alexandra D left a review in March 2018 accusing the staff of ‘turfing away’ women who were ‘black or from another ethnic minority’

‘Different prices’: XMariemx described the unfair pricing system which saw some customers being charged more than others

In a statement, Drama denied told The Star it discriminated against clubbers or people of different ethnic minority backgrounds.

A spokesperson for Drama said: ‘Thank you for alerting us to this serious allegation, which we are urgently investigating.

‘We operate a non-discriminatory policy and we place a strong emphasis on diversity and inclusion.

‘We do not tolerate any form of discrimination against any individual or group.

‘The standard door charge at Drama Park Lane is £20.

‘Promotions are offered for various reasons, but never on the grounds of discrimination of race, colour or national origin.’