US Senator Lindsey Graham said he believed Kim Jong-un, 36, was dead because a “closed society” like North Korea would not let rumours “like this go forever or go unanswered”. Senator Graham waded into the debate after Vice director of HKSTV Hong Kong Satellite Television Shijian Xingzou revealed that a “very solid source” had told her Kim Jong-un was dead.

Other media outlets in China and Japan were reporting that the 36-year-old dictator was dead as facts, while other sources said he was on his death bed in a vegetative state with no hope of resuscitation after botched heart surgery.

Because of the nature of the ultra secret regime in North Korea, claims of Kim Jong-un’s death are very difficult to verify before an official state announcement.

Reporting from inside North Korea is notoriously difficult because of tight controls on information. 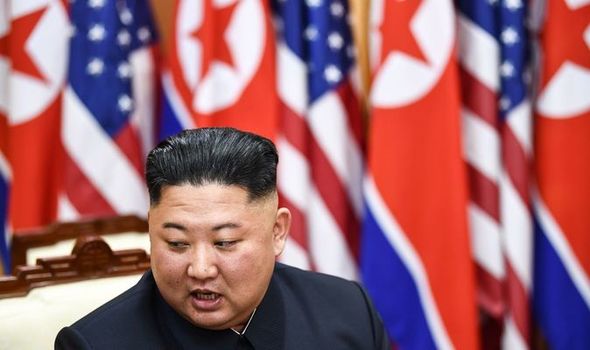 He said: “Well, it’s a closed society, I don’t know anything directly.

“But I’d be shocked if he’s not dead or in some incapacitated state because you don’t let rumours like this go forever or go unanswered in a closed society, which is really a cult, not a country, called North Korea.

“So I pretty well believe he is dead or incapacitated.

“And I hope the long-suffering North Korean people will get some relief if he is dead, and President Trump’s willing to do business with North Korea in a win-win fashion.

“So, if this guy is dead, I hope the next person who takes over will work with President Trump to make North Korea a better place for everybody.”

Speculation about Kim’s health first arose due to his absence from the anniversary of the birthday of North Korea’s founding father and Kim’s grandfather, Kim Il Sung, on April 15.

North Korea’s state media last reported on Kim’s whereabouts when he presided over a meeting on April 11.